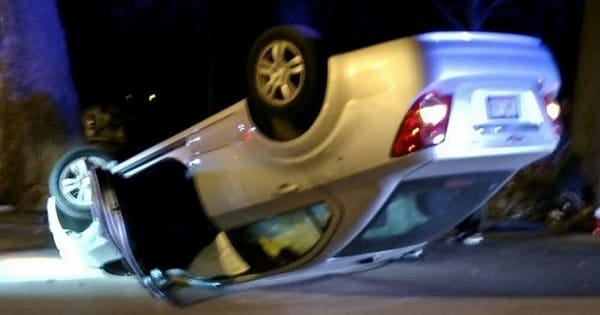 OWA – A teen who tried her best to save the life of a cat is lucky she did not lose her own.

Police are saying that the girl, who is not being identified because she is a juvenile, was driving near 5th and Poplar Streets in Atlantic Sunday night at approximately 8:40 p.m.

After spotting a cat in the road, the driver immediately swerved and then overcorrected. 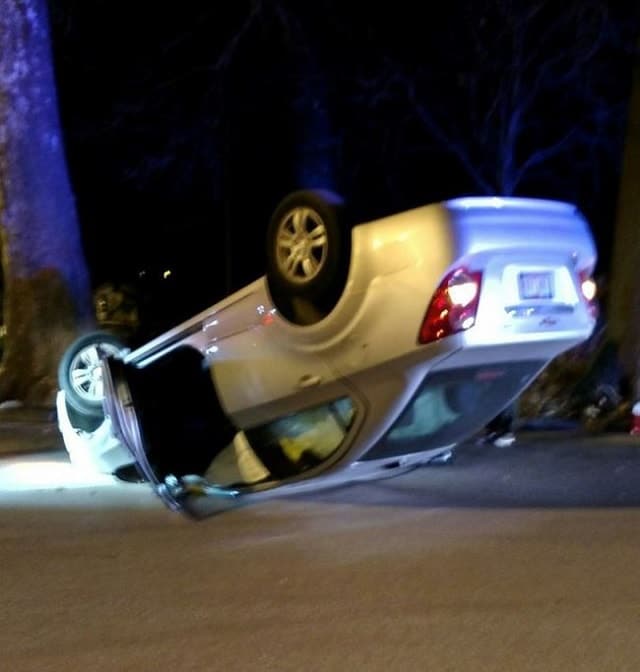 Her 2015 Chevy Sonic completely jumped a curb, struck a tree and flipped, finally coming to rest on its roof.

Even though swerving to avoid an animal may be merely an instinct, the Iowa State Patrol has warned of the dangers in a safety campaign which is called “Don’t Veer For Deer.”

The ISP claims that a sudden move to miss an animal can result in loss of control of the vehicle and increase the risk of injury.

Police tell Ric Hanson of KJAN Radio that the girl was not injured, however, Hanson says it was not immediately clear whether the cat escaped injury.