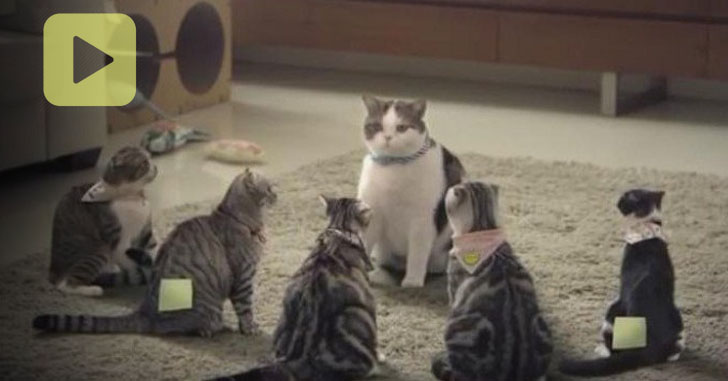 All cat lovers know that bathing is their least favorite thing. Finding and taking our furry friends to the bathroom is a difficult business on its own but don’t get me started on the bathing process itself! Excruciating job indeed! But if you think it’s hard for us, humans, just imagine how hard it is for the cats. In fact, don’t imagine, just watch this video.

It’s kinda ironic that this bathroom design studio chose cats for their commercial, gangster cats none the least, but it’s so funny the entire world has seen in. The devious meeting of the Feline Famiglia was provoked by an event that had happened two weeks earlier and involved the activity they hate – bathing, of course. That’s why they had to come up with a perfect revenge plan. This is what I call quality advertising. Talking gangster cats – who wouldn’t watch this?