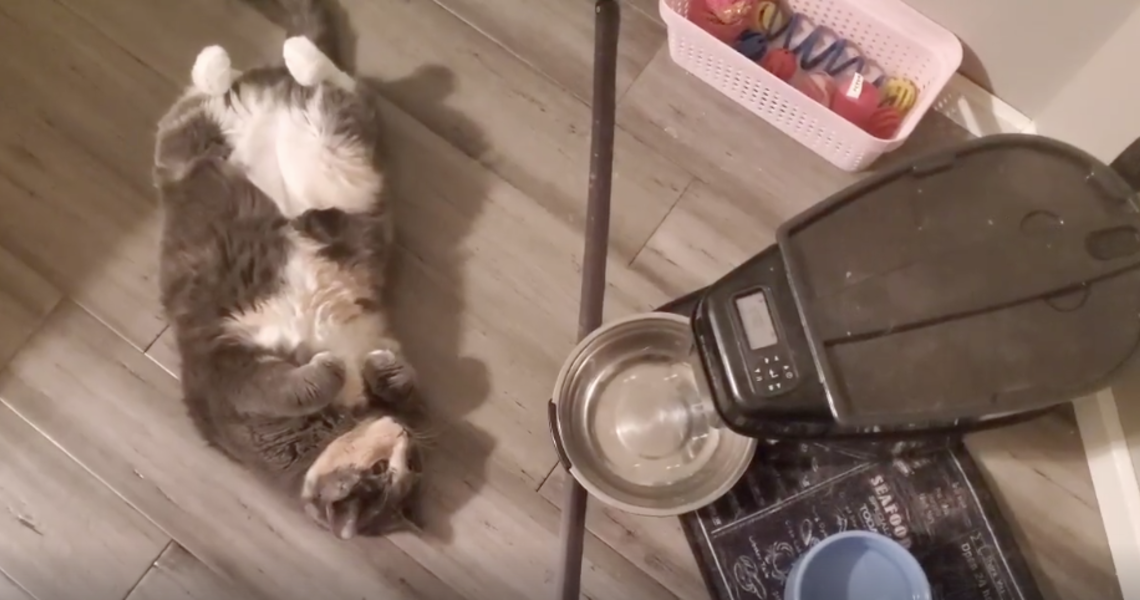 Luna was found alone in a cornfield when she was only 5 weeks old, and she found her permanent home three days later and soon settled in. Luna’s new household already had another cat, Shayla, from whom she assumed she would learn and follow signals. They’d always simply leave Shayla’s food out and let her eat whenever she wanted, and they believed the same would apply to Luna – until they learned how much she loved food.

Luna’s mother, Tarin Tanner, told The Dodo, “When we originally received Luna, we open-fed her.” “That was a horrible decision since she gained weight so quickly, and the vet gave me a leaflet on cat obesity at one point.” 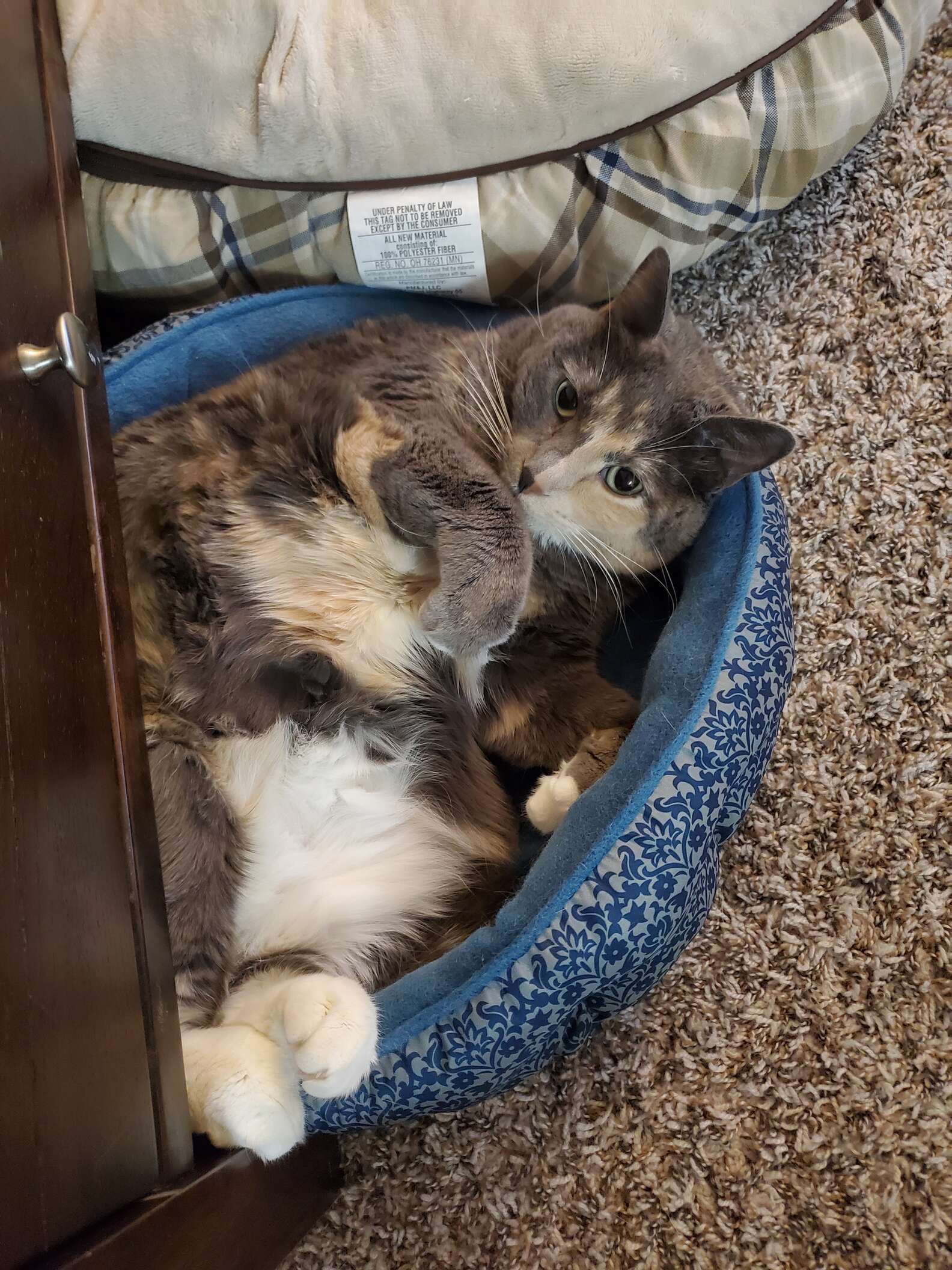 The plump cat would eat too quickly every time she was fed, even after they stopped keeping her food out, and then scream for food the rest of the day. Luna’s family realized they needed to do something about her food addiction, so they purchased an automated feeder for her that delivered lesser amounts of food five times a day. Luna wasn’t sure about the new technology at first, but as she understood it was tied to food, she was completely enamored with it. 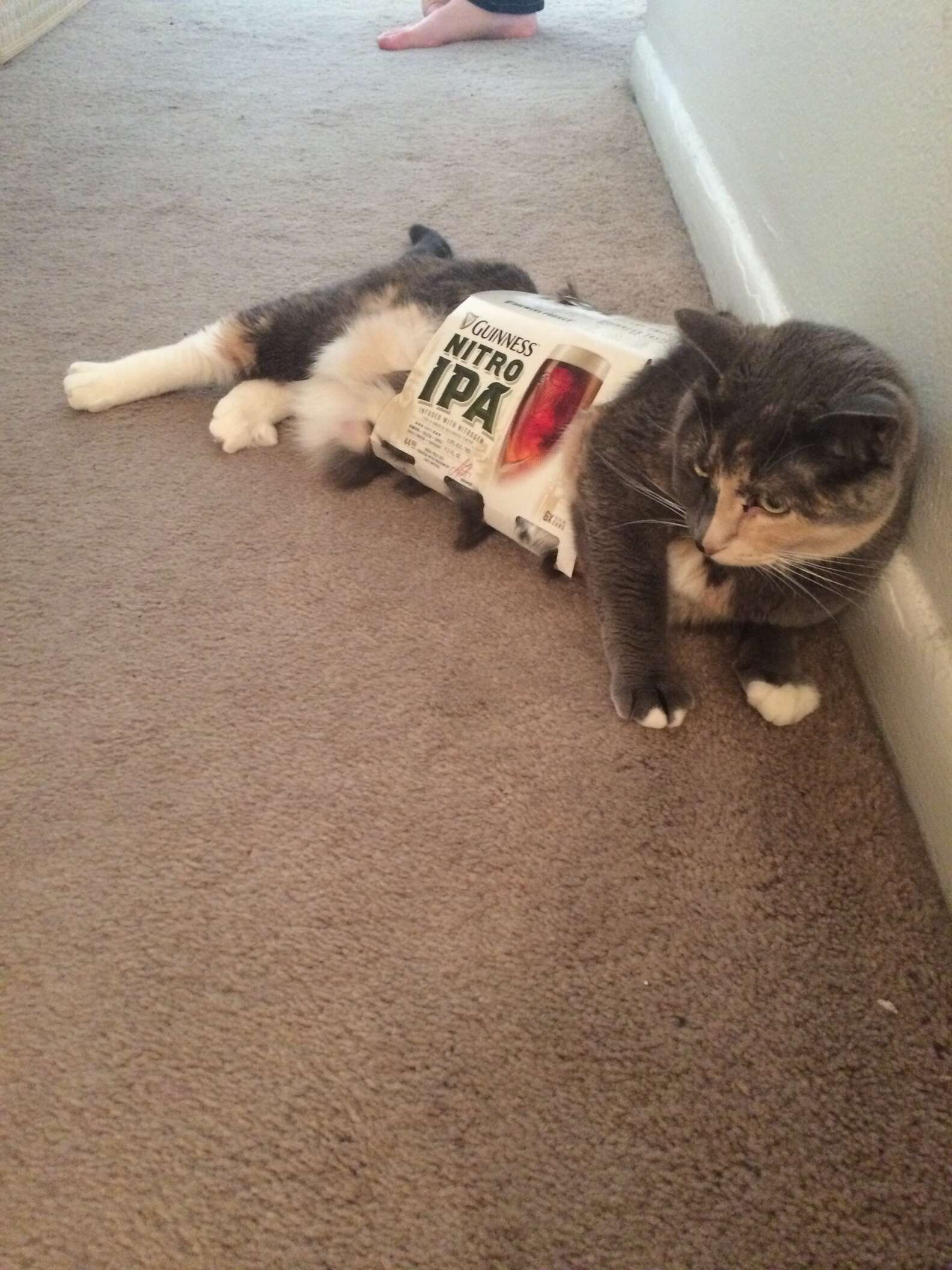 “When she first saw it, she realized it was food-related since the rear of the feeder had a huge tank,” Tanner explained. “She tried unsuccessfully to break into it for the most of the night.” She raced away the first time it dispensed, but returned when she learned it gave food. She’s been in love with it ever since.”

The mechanical feeder delivers food at the same times every day, and Tanner quickly found that Luna had learned the pattern and began arriving at the feeder well ahead of schedule.

Luna likes to linger around in front of the feeder even when it isn’t close to feeding time, just in case she gets fortunate.

“When she isn’t resting, she likes to hang around at the feeder and be a feline land mine,” Tanner added. “Sometimes she lies down on her back, and other times she just stares at it, seemingly begging for the food to appear.” 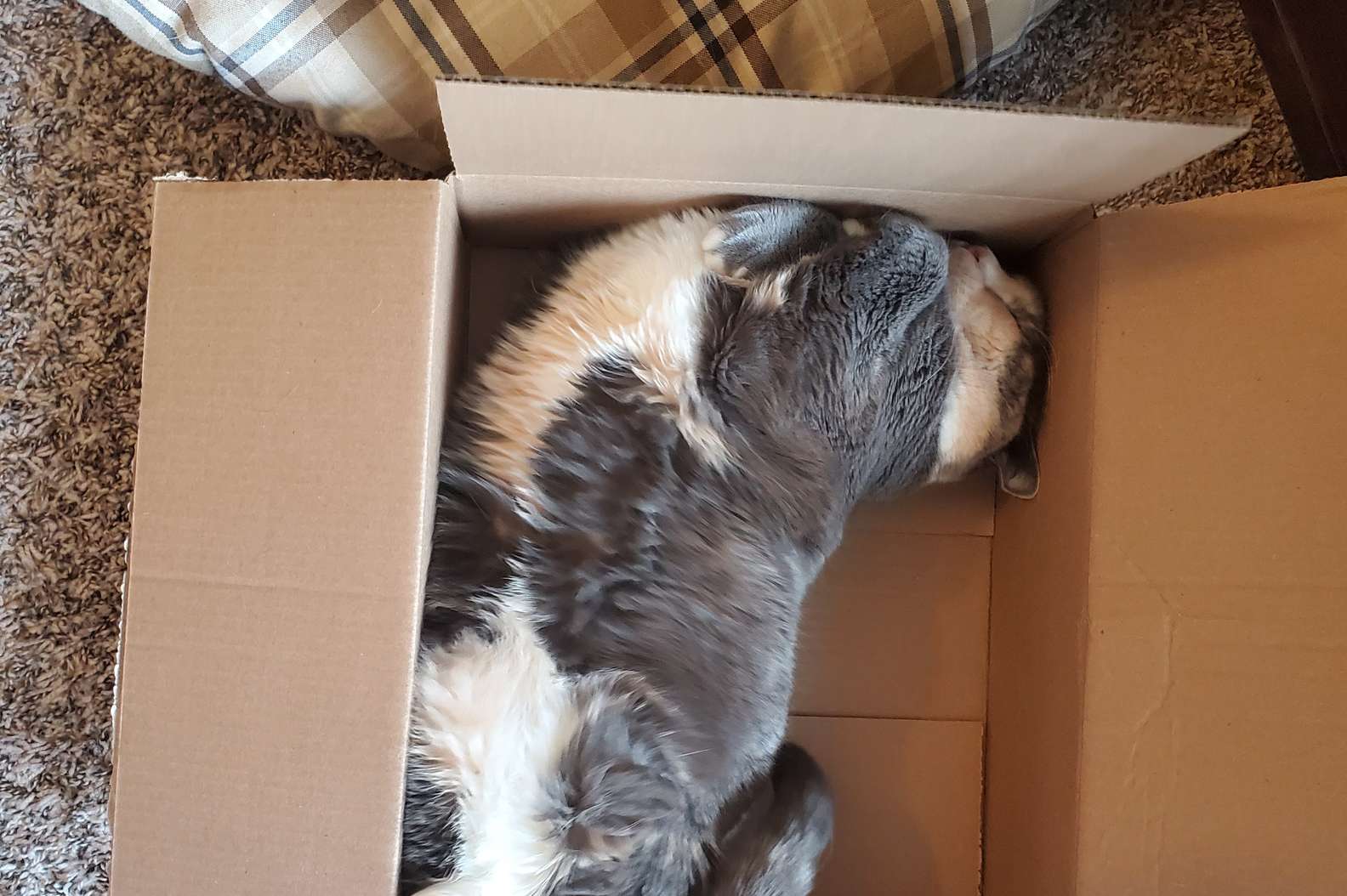