When Cat ‘Hides,’ He Is Certain That No One Can See Him 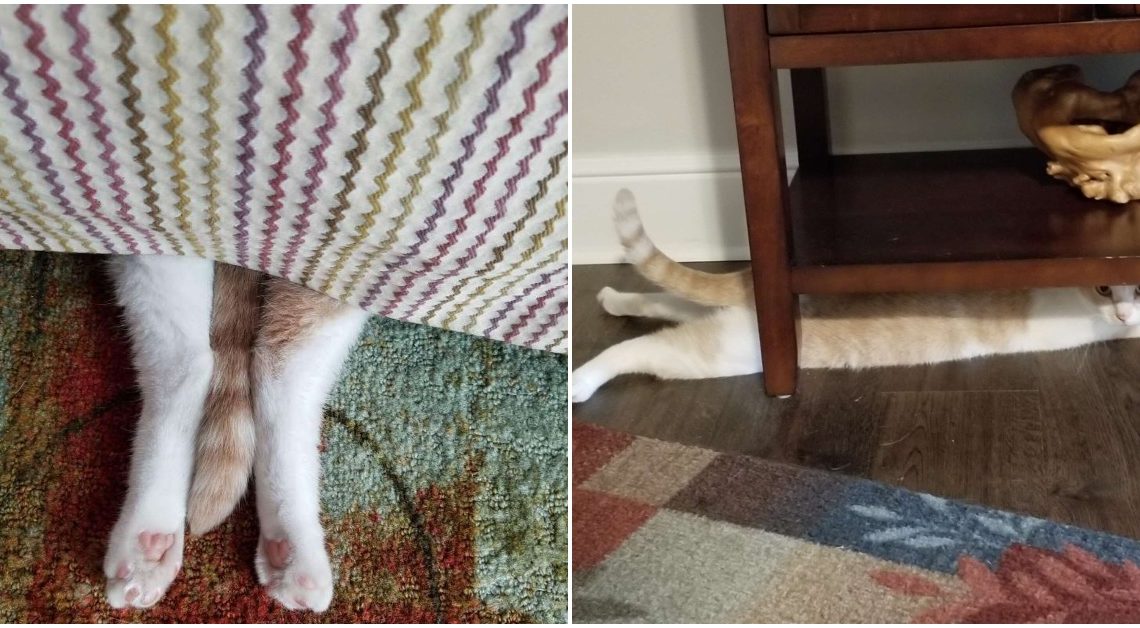 Keanu was rescued from an industrial facility where his mother was working when he was a kitten. He was shy at first, but he gradually grew out of his shell, and he’s now the nicest cat in the neighborhood.

“He is cautious for the first five seconds he meets someone, then he is instantly their best friend,” Dani Baker, Keanu’s mom, told The Dodo. “When he’s not hiding, Keanu likes finding lizards and leaving them (alive and physically unharmed) in his dad’s shoes, gym bag, work bag, etc.”

Despite his extroverted personality, one of Keanu’s favorite pastimes is hiding everywhere he can. He prefers to be able to watch things without being disturbed.

Keanu appears to believe he is an expert at concealing while, in truth, his abilities are still in need of improvement.

“[He] hides in various places,” Baker explained. “Depending on the furnishings surrounding him, he gets inventive.” But it’s always in the same room as his father.

We joke that Keanu is always spying on his father or keeping a close eye on him.”

Keanu can always find a fun place to hide, whether it’s behind a table or in the open dishwasher.

Even though his family can still see him the most of the time, it was evident that Keanu was unaware of this. Every time, he thinks he’s completely concealed.

“[He thinks] we absolutely can not see him,” Baker said. “We call to him (and he normally meows back) but when he’s hiding he doesn’t respond. Even if we tap his feet to let him know we see him, he won’t move.”

Keanu is very set on maintaining his sly persona. Even if his family can see him, he doesn’t believe they can, and that’s all that counts to him.

He hides sometimes for a little private snooze, sometimes so he can watch his family dine, and sometimes just to maintain an uninterrupted check on everything. He always has his justifications.

Keanu’s new favorite hiding place is under the Christmas tree, where he can still be seen by his family.

Keanu enjoys hiding, and his family enjoys laughing at his charming attempts at concealing, so everything works out in the end.