Unable to move her back legs a pregnant cat is seen trying to drag herself to safety! 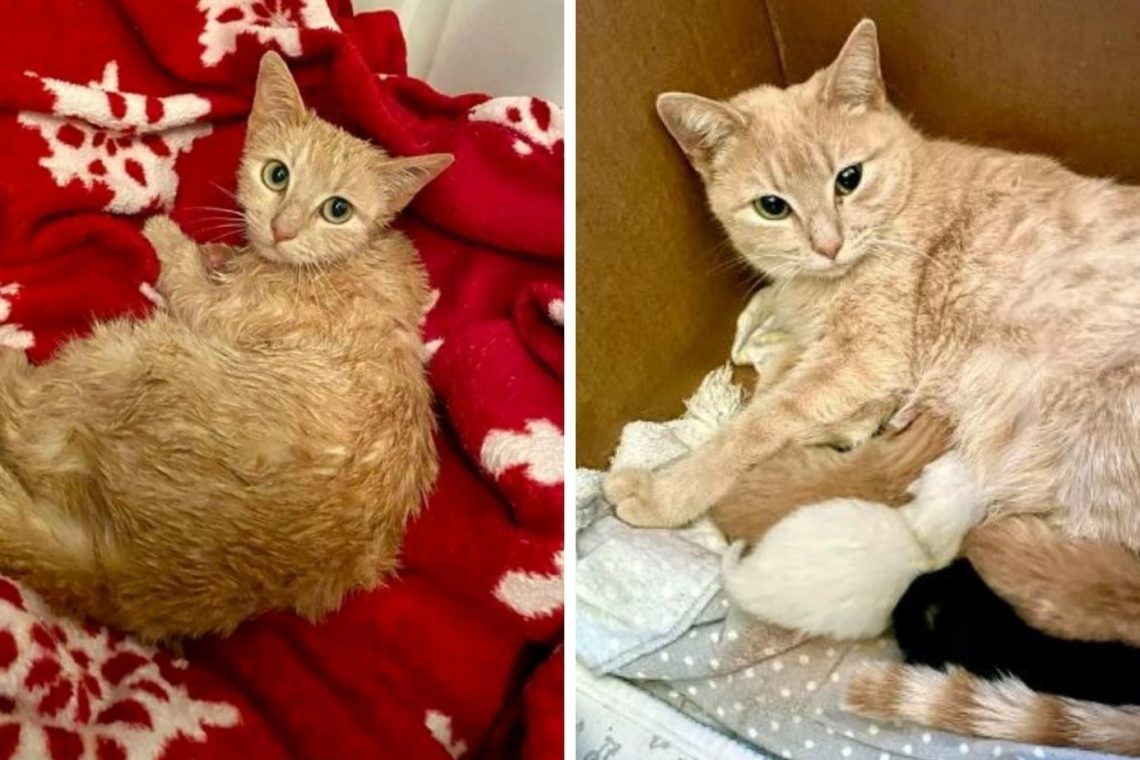 UNABLE TO MOVE HER LEGS, AN ORANGE TABBY CAT IS SEEN TRYING TO DRAG HERSELF TO SAFETY IN MANSFIELD, TEXAS.
When Susan Edstrain, founder of Four Paws One Heart, Texas, heard about the cat’s plight, she knew she had to act!

Once she was rescued, it was found she had come into contact with a cruel person. “The cat has a very strong will to live. We took her to several different vets and had X-rays and evaluations done. It was determined that a bb (pellet) was (lodged) in the T9 area of the spine. The consensus was to leave it alone (to prevent further damage). She still had sensation in her feet when they were touched,” said Susan 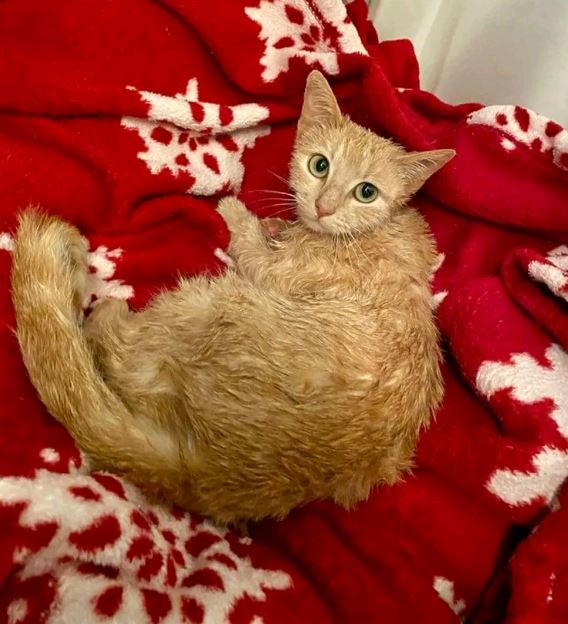 There was another surprise hiding in those X-rays though, this cat was pregnant. She had somehow survived so her kittens might live. Given the name Chelsea, the mom-to-be had proven her will to live, something that would continue to shine through in the coming weeks.

She seemed determined to have some use of her legs, continuing to wriggle them as she dragged herself around. Susan did what she could by massaging the hind legs, trying to help the determined cat regain some strength. 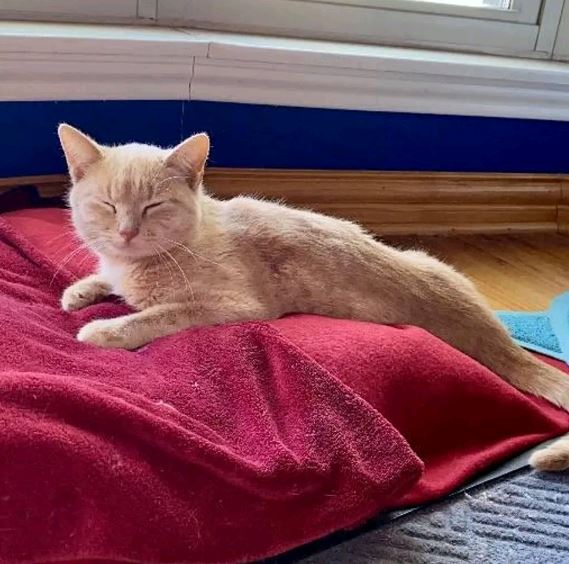 “We bought a senior cat litter box and she’d attempt to use it. We eventually saw videos of her getting up, wobbly and falling down but she was persistent,” said Susan.

Then one day, quite out of the blue, Chelsea seemed to make up her mind! Shakely getting up on all four paws and then walking. Gaining still more strength, over the next few days she was even using the litter box. 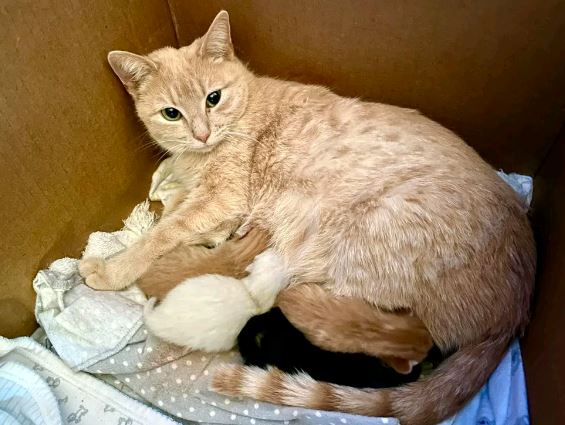 She proved to be a great mom too, taking great care as they progressed from tiny newborns to energetic kittens. And when they were ready for adoption, before long only mom and one kitten remained. 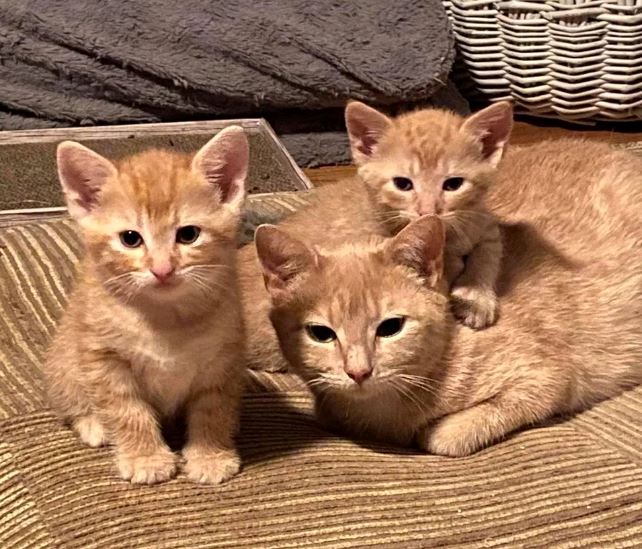 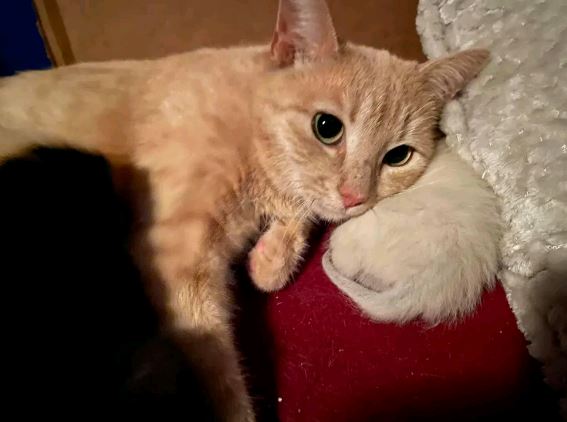 “He has helped her find her wings, and she is far more comfortable with people when he’s around. We think adopted together, he will help her transition to a new home.”

“They are constant companions and he is often caught sleeping together curled up with his arm over her, like her protector,” said Susan. 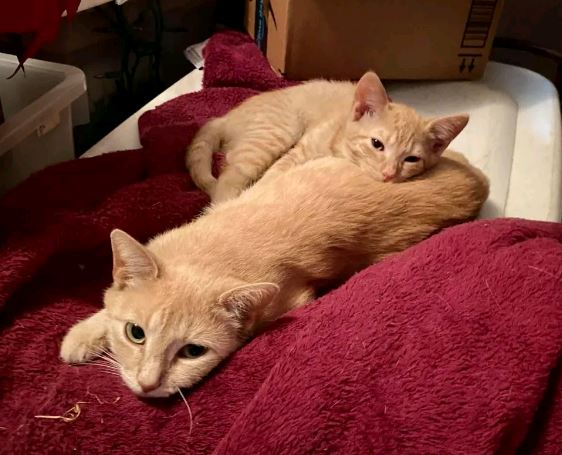 Georgie Boy has helped bring out Chelsea’s inner kitten, as she wiggle’s her hindquarters at play.

“She also realized when I walk fast by the cat tree she doesn’t have to run. She’s definitely the longest to progress with baby steps that I’ve ever had,” Chelsea’s fosterer said. 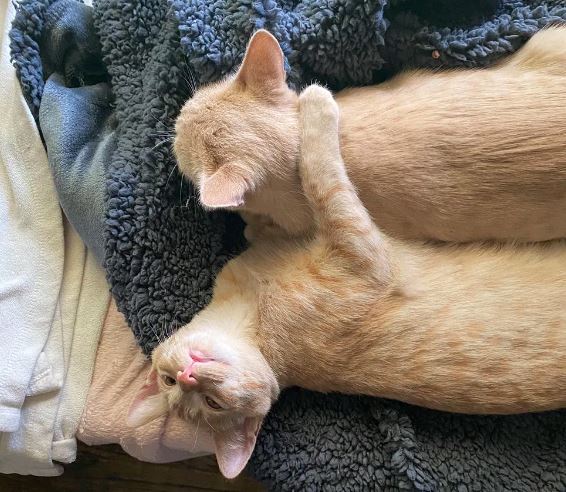 Chelsea has gone from being practically paralyzed, to delivering and raising a litter of healthy kittens, to being able to walk again.

“She deserves to always have a soft bed and a human to love her.” 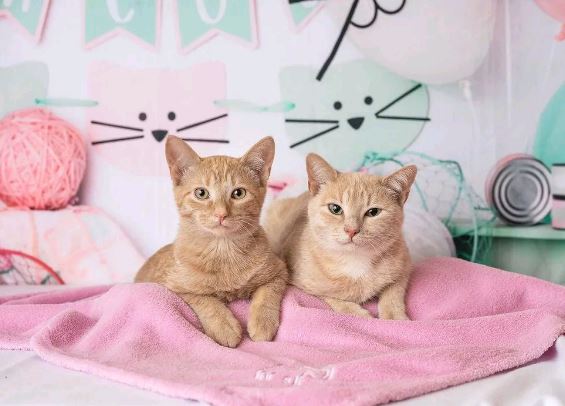 “So many people have rooted for Chelsea since she came into the rescue. She and Georgie Boy were really meant to be together. He is the ying to her yang and they love each other dearly.” 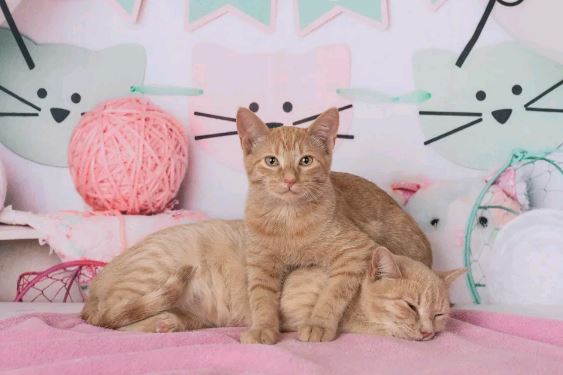