Trapped with no hope of reprieve, a litter of kittens are left crying for a mom who will never return! 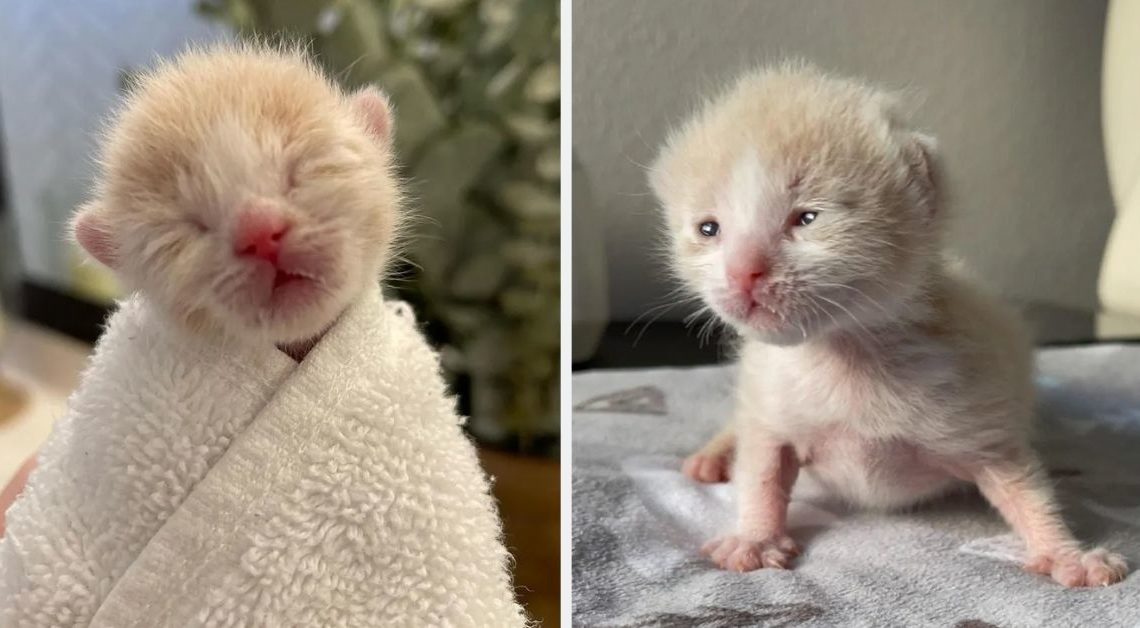 WHILE REMODELING A HOUSE IN ARIZONA A HOMEOWNER HEARD SOME TINY CRIES COMING FROM WITHIN THE WALL AND DISCOVERED A LITTER OF KITTENS CRYING FOR THEIR MOM
Mom must have become spooked by all the building noise and never returned, leaving her kittens in a desperate situation. Danielle Chavez, founder of With Grace, a rescue based in Las Vegas was contacted regarding the struggling litter.

“The homeowner drove the kittens from Arizona to Las Vegas, where we met up. We rushed them home, where our incubator was warm and ready for them,” said Danielle. 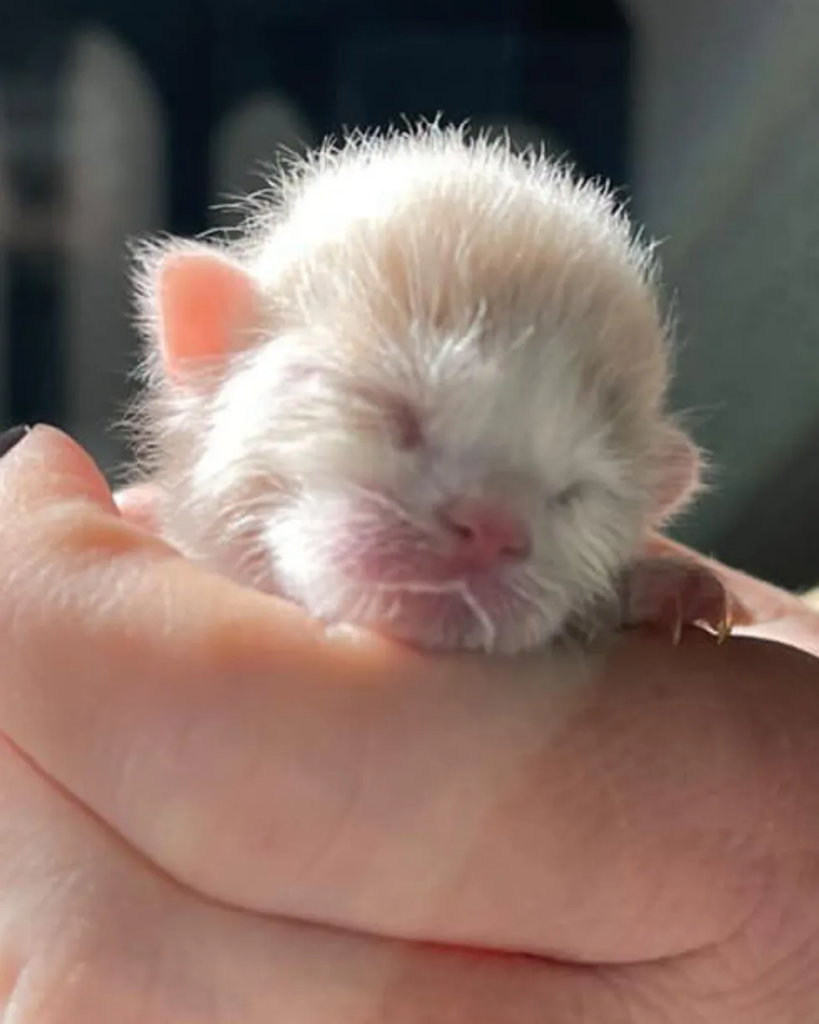 “We have a spay and neuter clinic that we frequently use for our fosters,” Danielle added.

In very poor condition, the kittens were tiny, weighing a little more than 60 grams. Sadly, despite everything they did, only one kitten pulled through. Michael had taken to the bottle with gusto, doing everything he could to hang on. 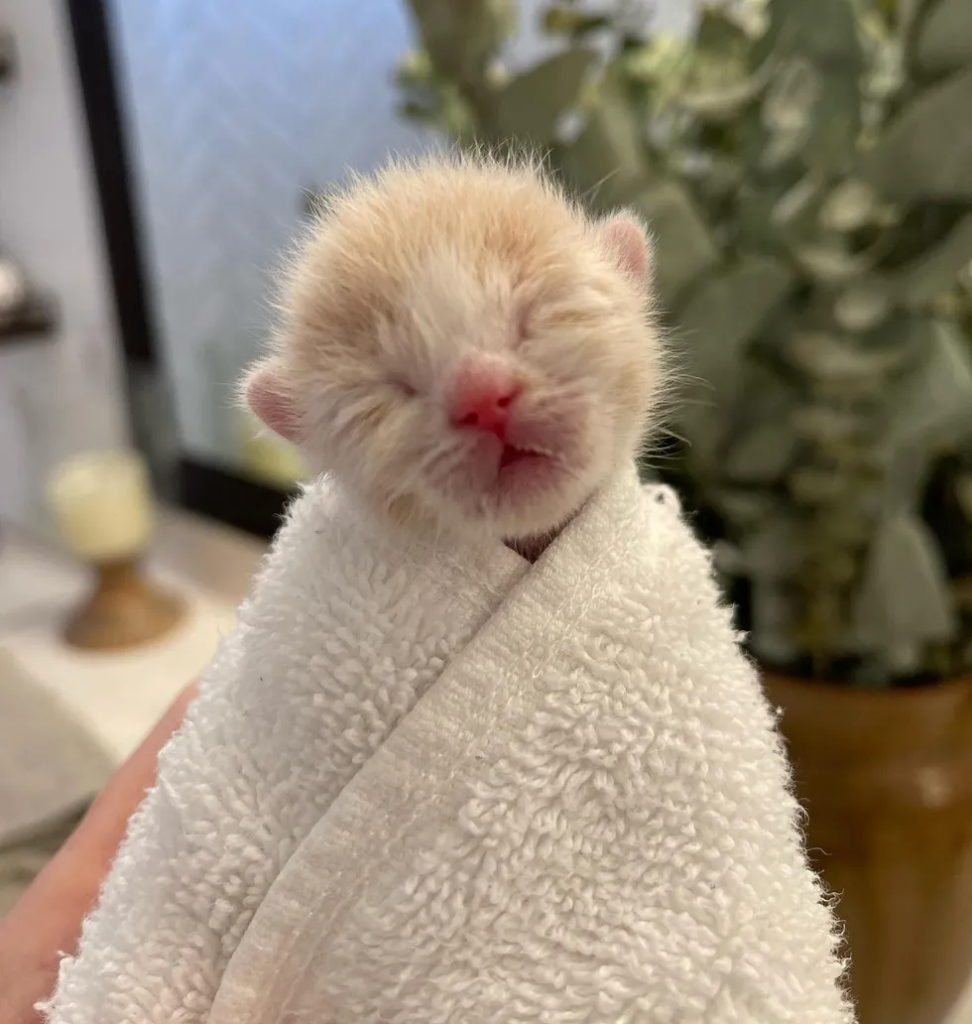 “After a few days of being a helicopter foster mom, I could tell this little one had the fight in him. I just knew he was going to be okay. He latched onto the bottle right away and never looked back,” Danielle shared with thekittencatpost. 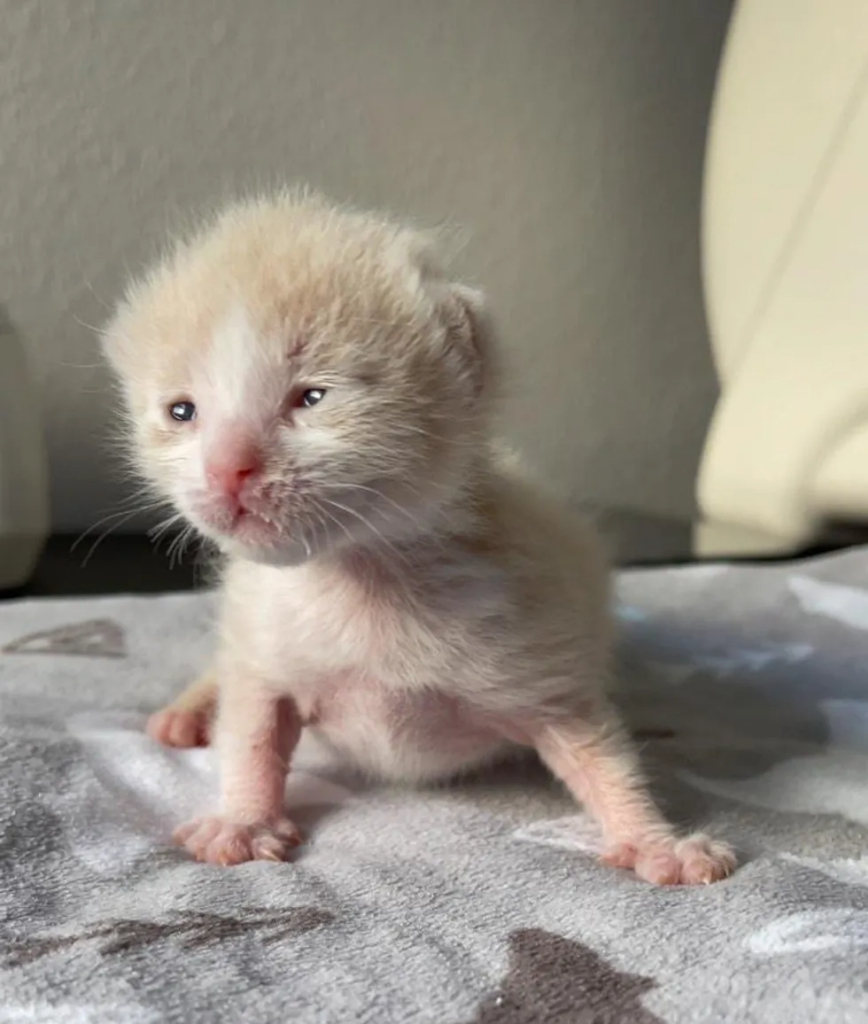 Danielle and her husband worked around the clock to make sure Michael continued his great progress.

“I stayed up late to give him a bottle and Foster Dad got up early before work to feed him. So, we both got a full night’s sleep, and little man got his noms.” 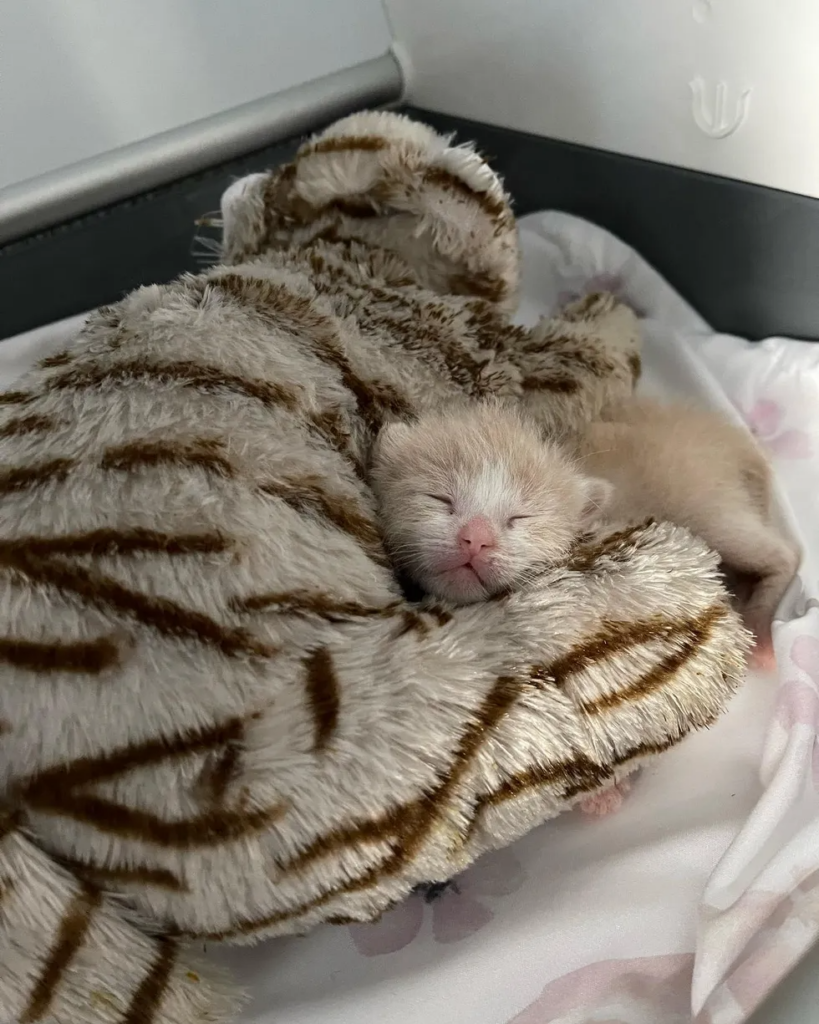 Before they knew it Michael had graduated to full health by moving into his own playpen where he could play to his heart’s content. Though he still loves to be near Mom and Dad.

“Michael is such a sweet baby. He always wants to be with us. He’s my little Velcro buddy.” 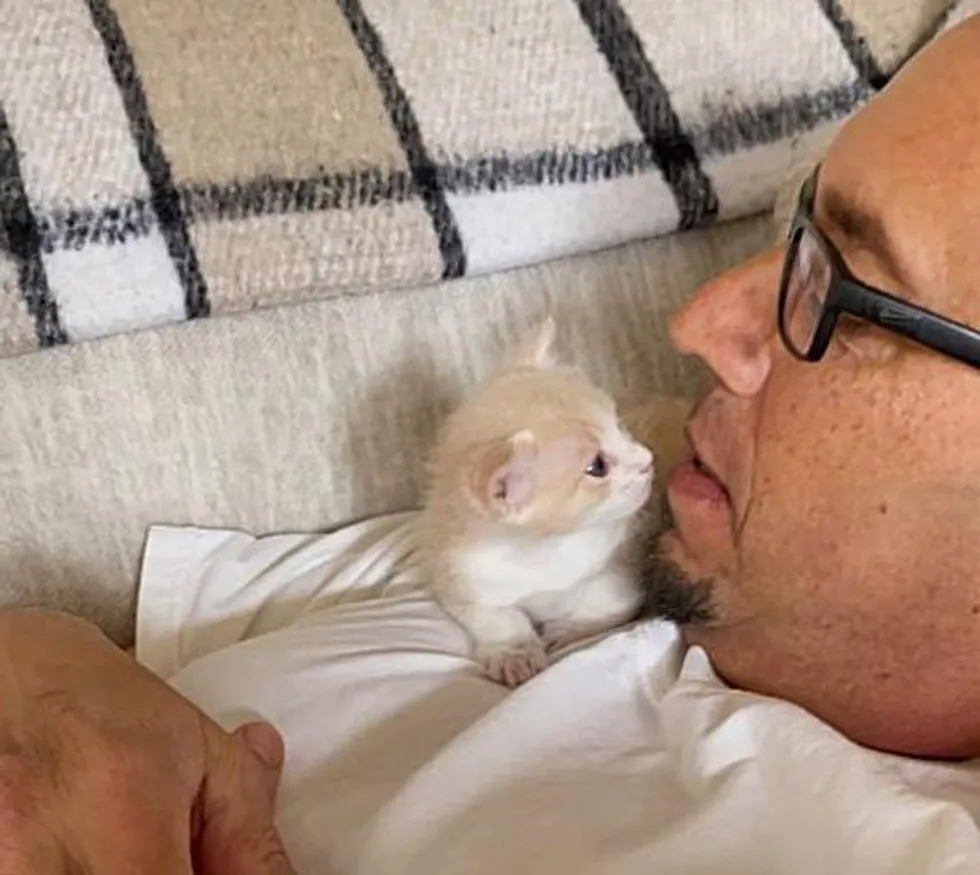 “We moved him into our living room, in a playpen, to socialize him around our cats,” said Danielle.

“Slowly but surely, he’s learning how to cat. He recently figured out the crab-walk and he’s on his way to learning the wiggle butt, ambush attack move.” 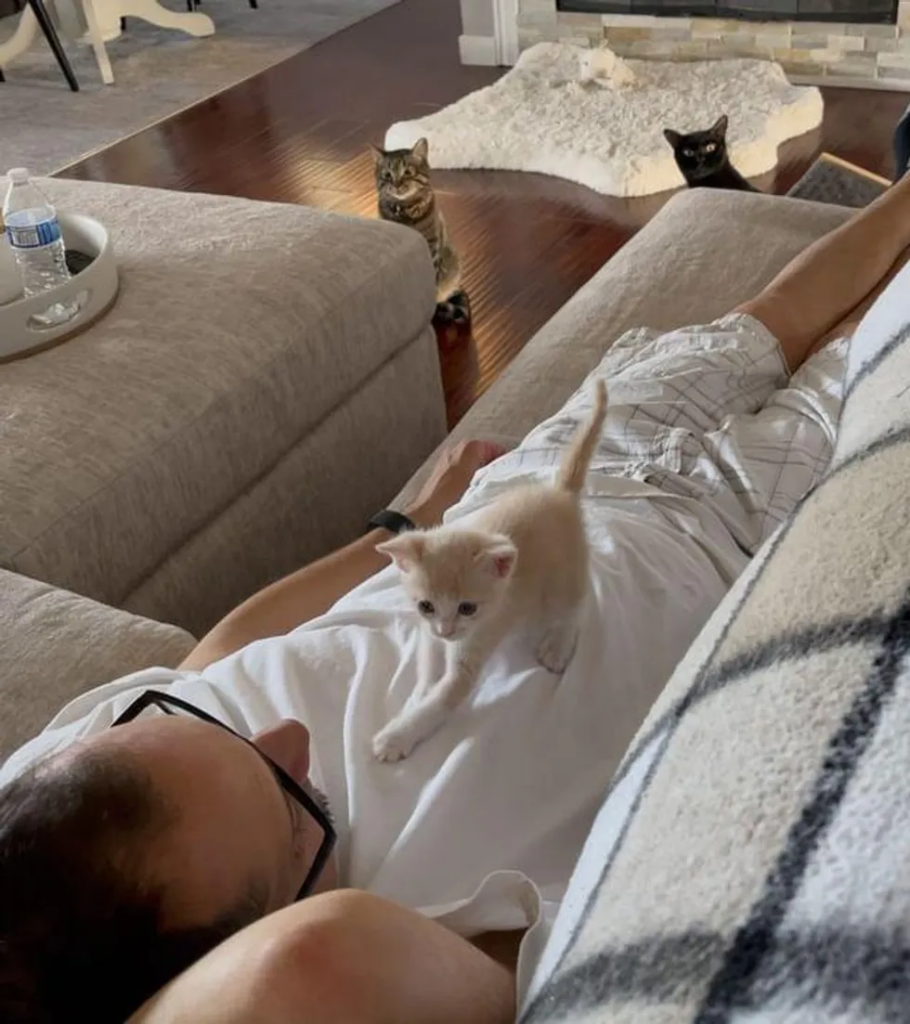 Thanks to a safety net of caring people Michael has transformed into the happy healthy kitten he was always meant to be.

“He’s so adorable to watch. He’s gaining more and more self-confidence every day. He’s going to be running laps around the other cats in just a matter of time.” 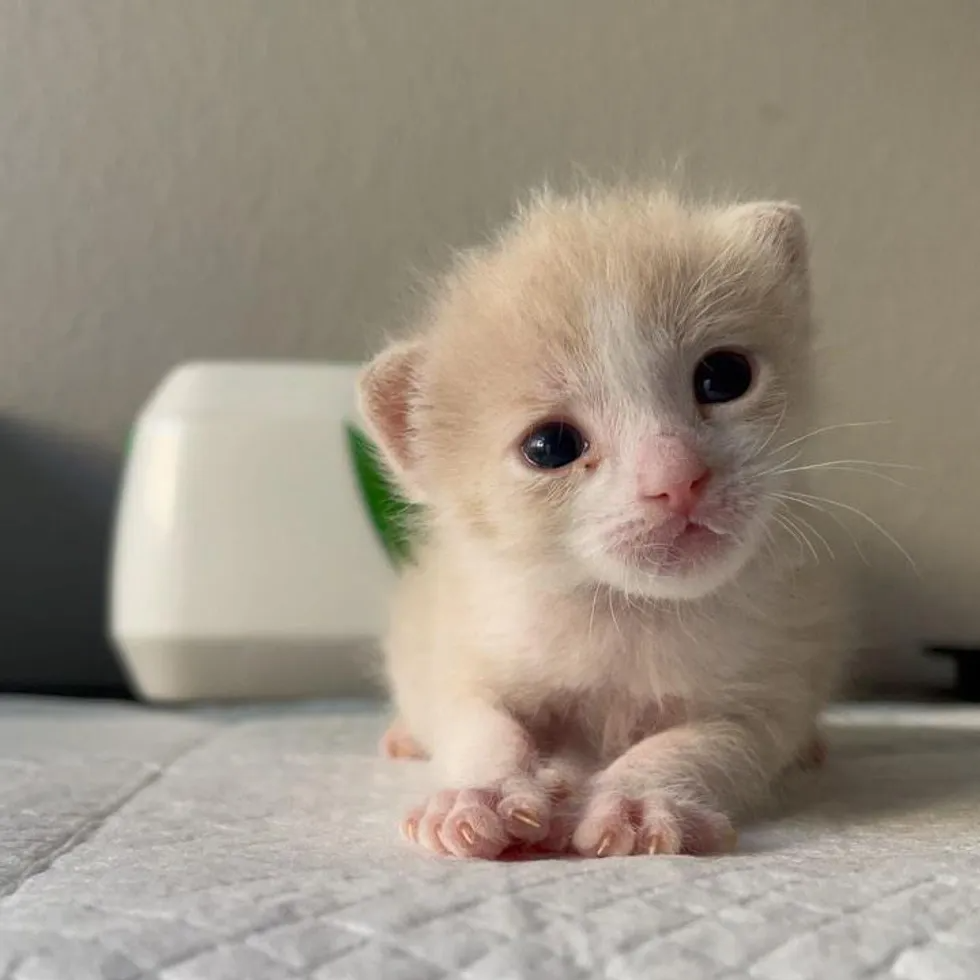 A whisker away from seven weeks old, Michael will soon be ready for adoption when Danielle is sure he will be snapped up due to his endearing personality.

Whenever he needs downtime he always seeks out a human lap where he quickly purrs up a storm in kitten heaven, making biscuits. 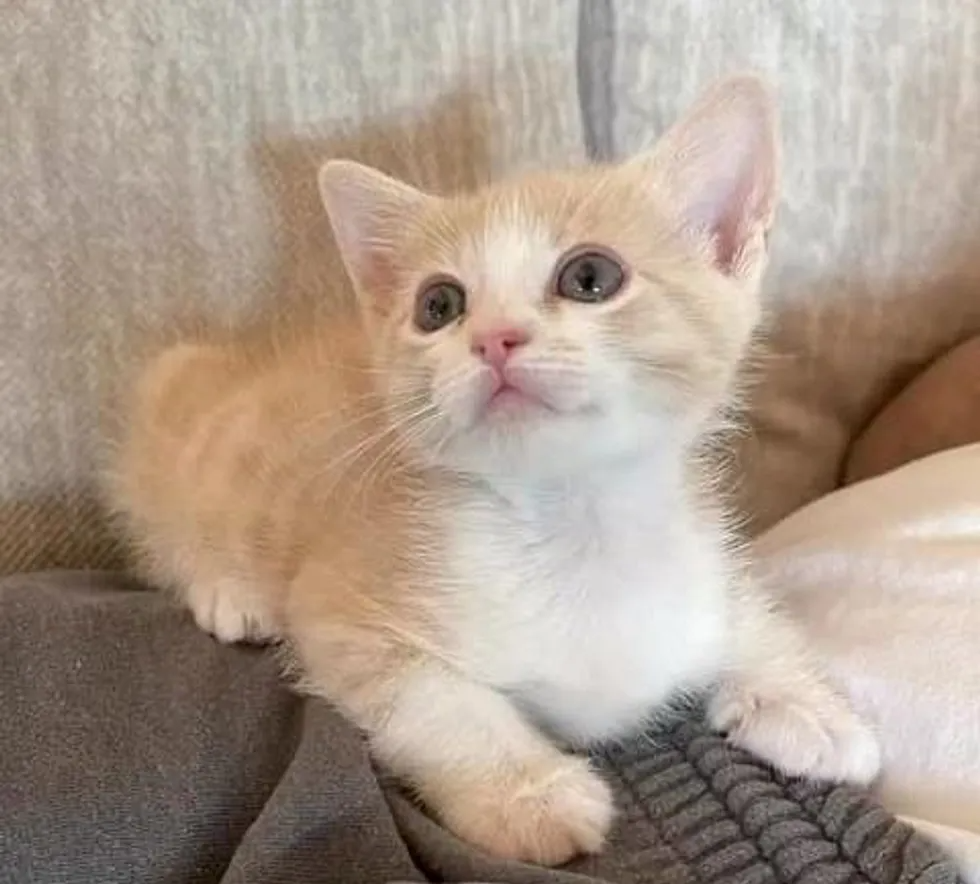 WATCH MICHAEL RIGHT HERE IN THE VIDEO BELOW: