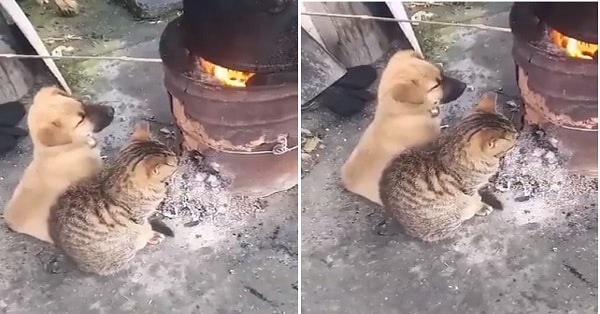 Remarkable and unheard-of friendships exist, no matter what anyone tells you. Cats and dogs can be friends, and a recent viral video has once confirmed it. Filmed at an Indonesian zoo by one of the officers there, it shows a pup and kitten warming themselves at a fire on a cold day. 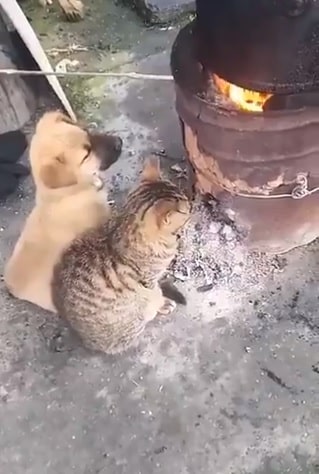 It’s a cliché to say that they’ve warmed all our hearts, but they certainly did. The cute pair sits by a burning barrel next to each other. The pic was posted online by one of the zoo’s officers with the caption: “Warming themselves and our hearts”. It’s the truest caption we’ve ever seen and if you want something to keep your heart warm tonight, you can take a look at the video below. 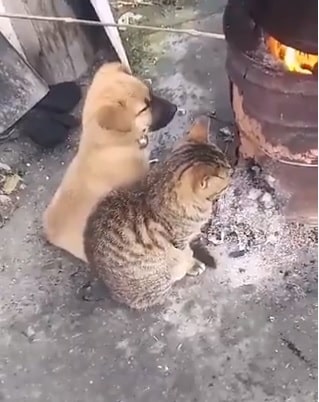 The video got thousands of views and just as many comments. Not surprisingly, the twitter world was impressed by the cute friendship, and you’ll be impressed too once you take a look at it.

Warming themselves and our heart🥰 pic.twitter.com/dzoNZ09twx