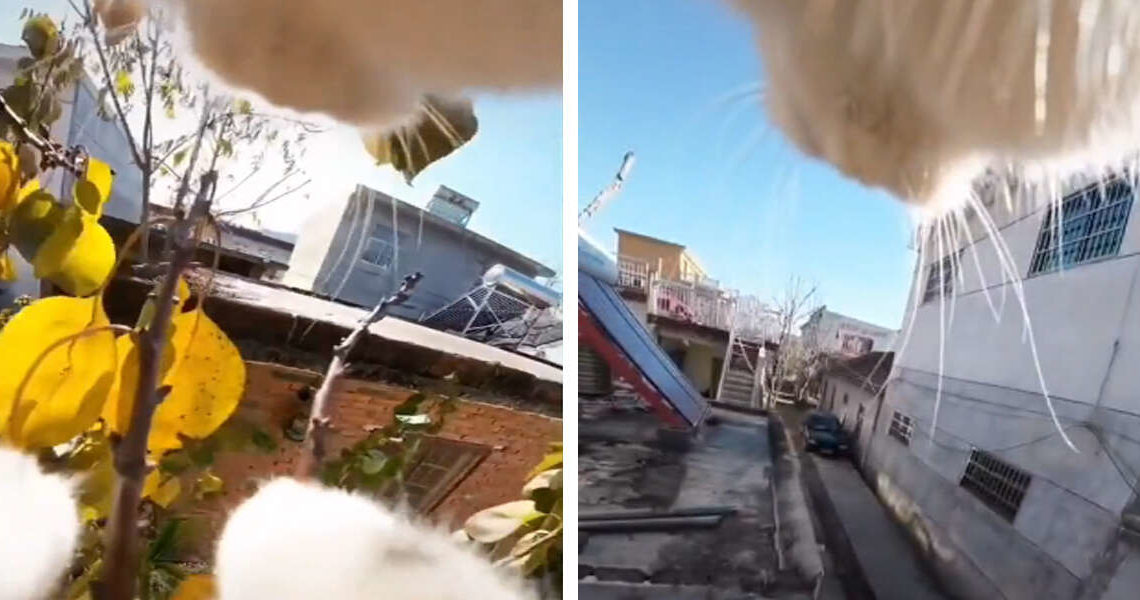 Cats are notoriously secretive creatures, especially when it comes to the specifics of their outside escapades. Instead of asking, this individual did the next best thing.

They attached a camera on their cat’s collar to capture the world through his eyes. And the end product is just gorgeous.

The resulting short video, which was released to TikTok last week, plays out like a mini action film, complete with daring leaps and even a chase scene:

The footage ends with a surprise cameo from a curious sausage dog after the camera appears to have been dislodged from the collar.

It was only ever going to be a brief sight inside a cat’s private world. But there’s no question that his adventure will continue.

He’ll keep the remainder of it to himself in catlike way.