People are angry about a KFC store sign plastered on their doors, and the restaurant refuses to take it down. 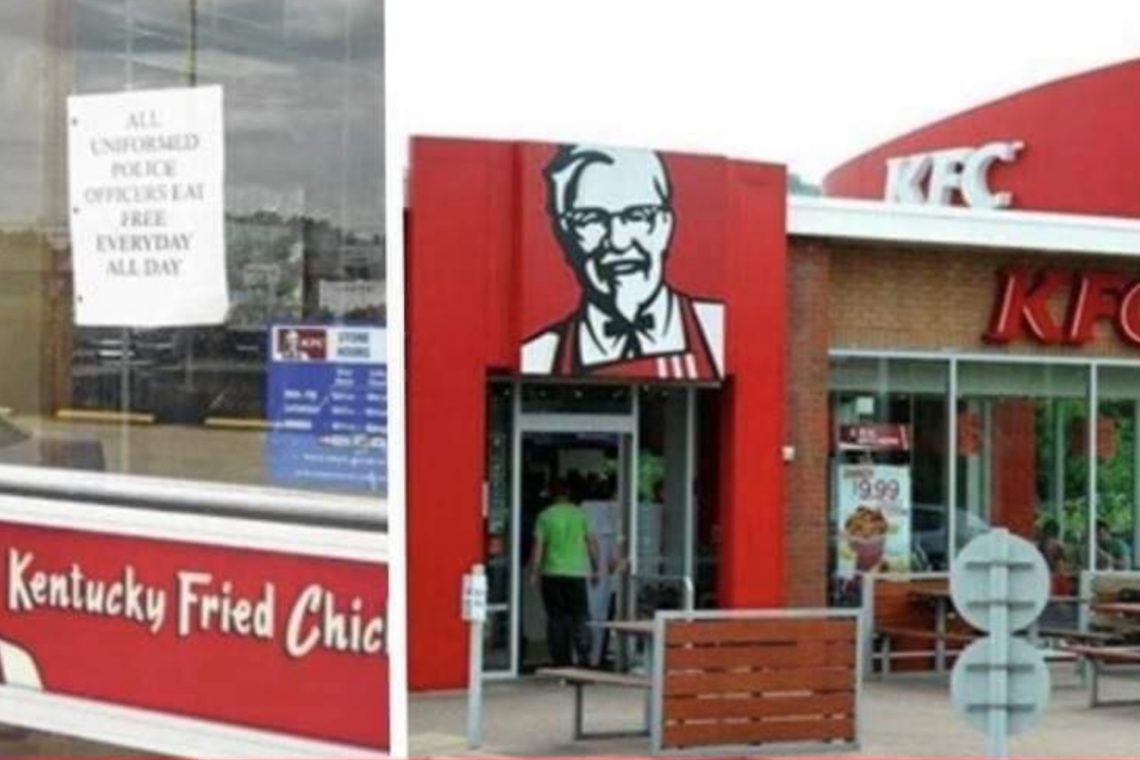 Kentucky Fried Chicken (KFC) is one of the most known successful fast food chains all over the world.

We have to admit that KFC is part of the staple food of most busy individuals not only because they serve fast food, but also because their food is delicious. Even some of the uniformed police officers find their way into the KFC drive through when they need a quick bite.

However, there is one Kentucky Fried Chicken in Gallipolis, Ohio that stirred up controversy.

A picture of a sign hang on the restaurant’s window and posted it on Facebook. It has received over 9,000 likes and been shared over 4,000 times.

Kentucky Fried Chicken refuses to remove the sign despite the fact that they have received some backlash. Police officers are not treated well at many other restaurants.

One officer was denied service at a restaurant in Virginia. The worker told him that she was not going to cook for him as long as he was wearing his uniform. 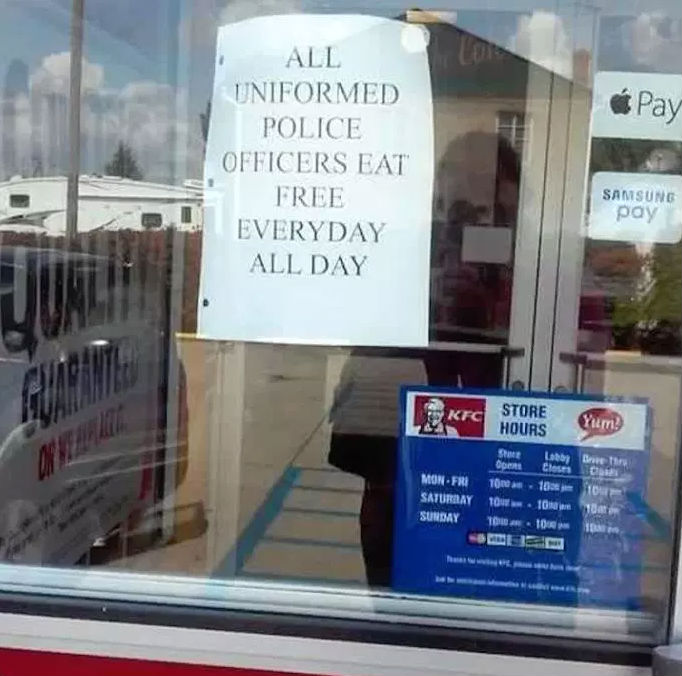 The officers of the law are putting their lives on the line in order to make sure that everyone is safe from any possible harms and dangers. We have heard so many stories about brave rescue missions that helped save people’s lives. A free hot meal from KFC could be a start of a simple act of kindness that we should show to these officers who are protecting us.

A meal to keep them fueled for a long day is reasonable enough.