Man Suffering From Poor Vision Believes His Cat Climbed Into His Hammock, But Soon Realizes It Is Not His Cat 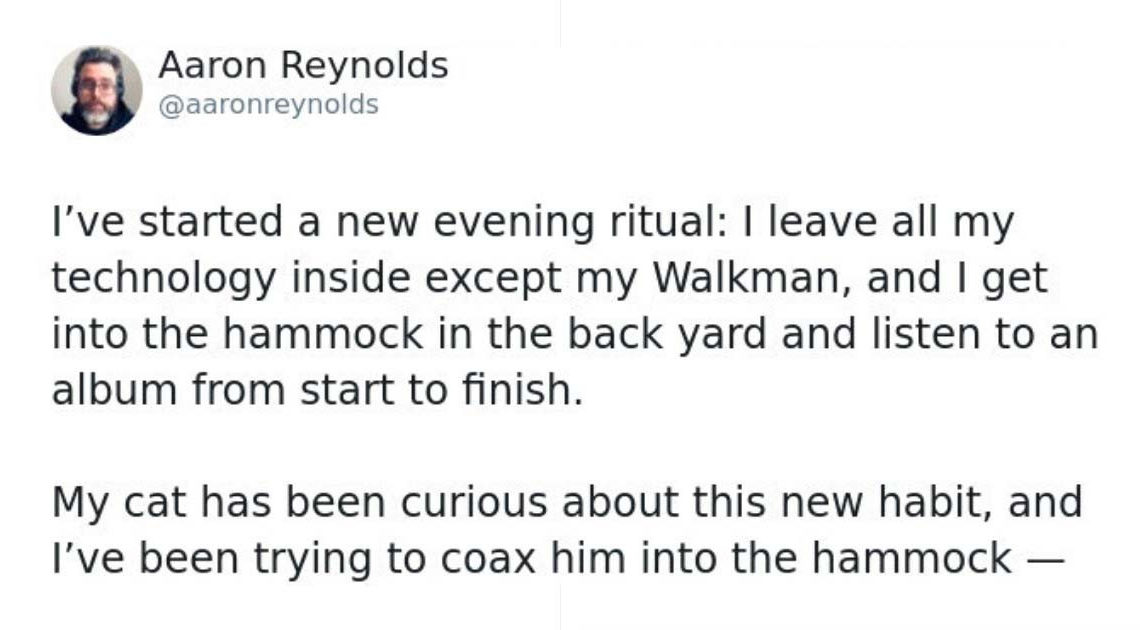 Friendships that come as a surprise are always the finest. However, this is not always the case. Introducing Aaron Reynolds, a humorist who wished to go old school in order to enjoy life in the most tranquil manner imaginable. Aaron had only recently begun a new habit in which he would like to spend the evenings in his hammock, listening to different music and attempting to build a preference for any of them. On that particular day, the rolling stones were playing. Aaron’s cat enjoyed seeing him do this in the evenings, so Aaron decided to invite his cat to hang out in his hammock on one particular occasion. What Aaron initially thought was a cat turned out to be a raccoon, which Aaron did not notice until it was too late due to his poor vision. In a sequence of tweets, the events that followed are described in detail. Aaron, being the comedic genius that he is, has unraveled this narrative in the most amusing manner. Let’s get to reading and have fun!

1. Toronto-based comic Aaron published this anecdote on Twitter and it quickly gained popularity. 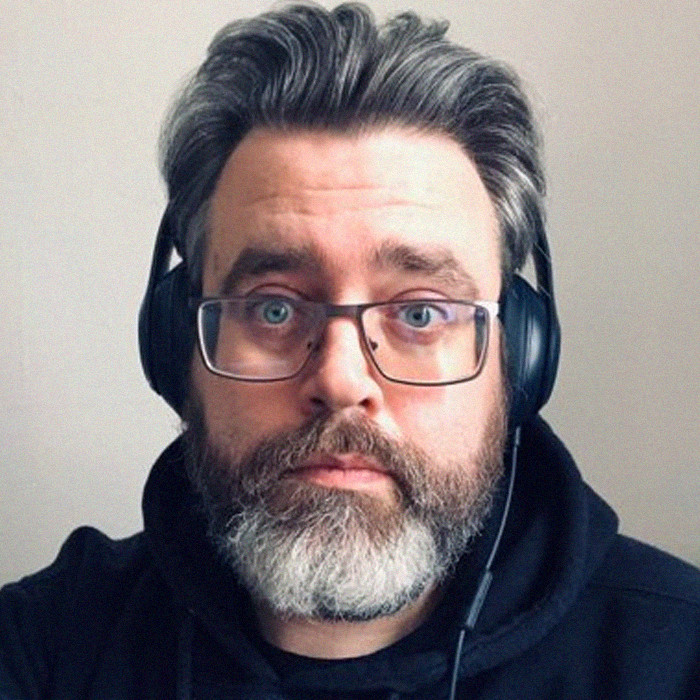 2. What a serene way to spend your evenings! 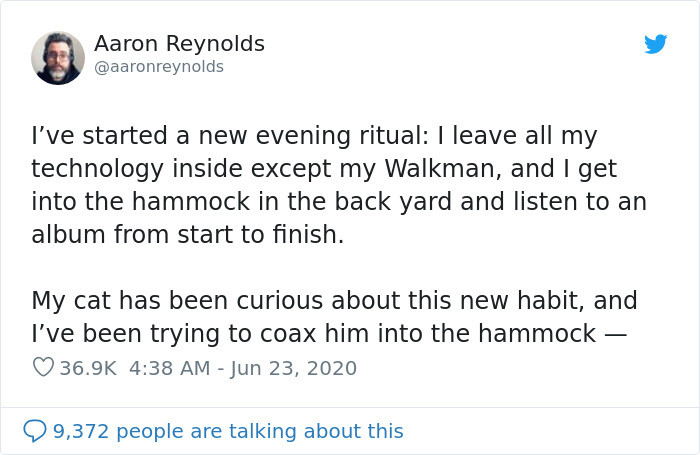 3. He must have been listening to “You can’t always get what you want”! 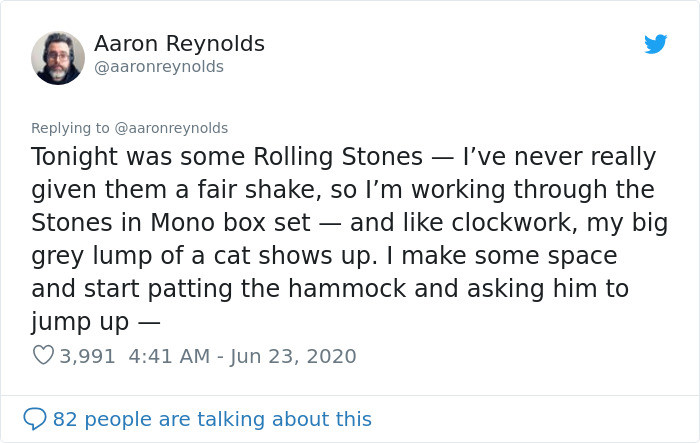 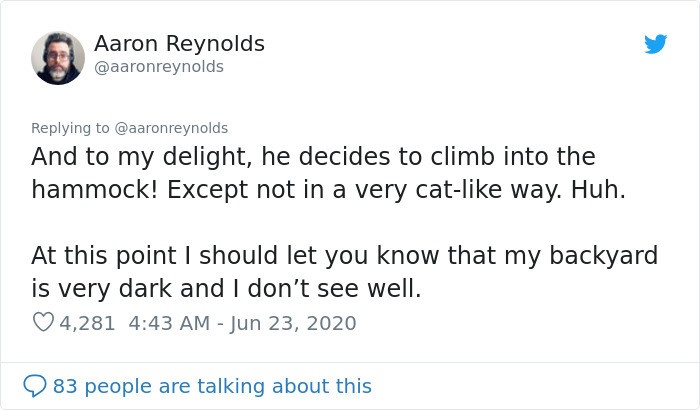 5. The raccoon is so adorable to have obliged!

6. Aaron’s scenarios are so imaginative that even you are able to imagine yourself in the position. 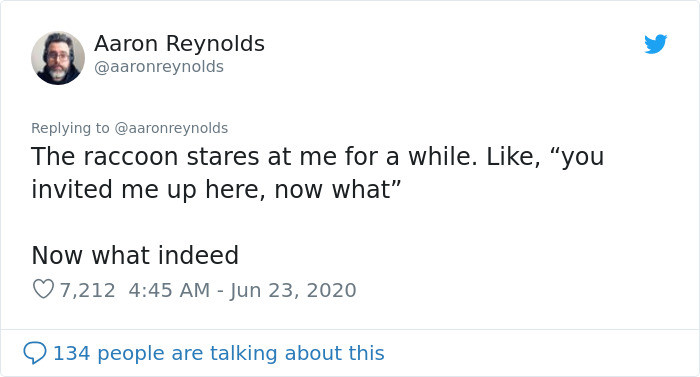 7. The raccoon was only looking to make pals! 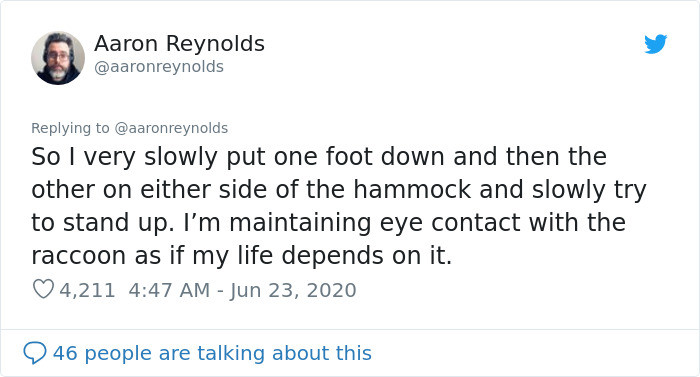 8. Ohh! This is becoming increasingly amusing! 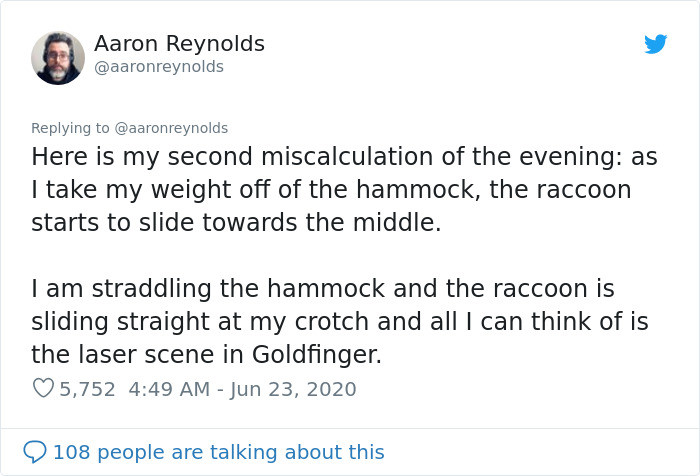 9. At this moment, it’s hard to think of someone in a more hilarious situation. 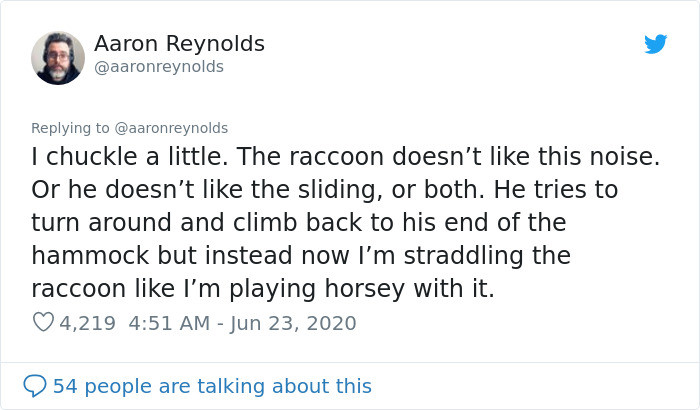 11. This is just priceless! 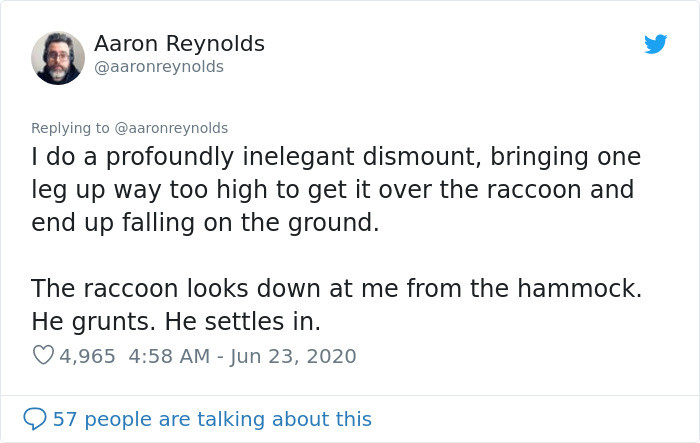 12. Well… that was quite an anecdote! 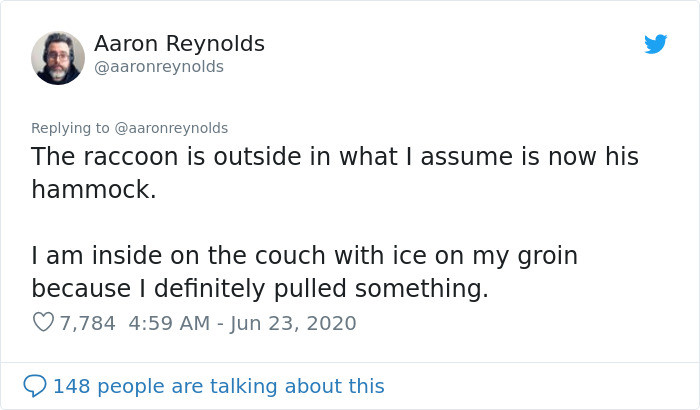 The story does not end here. In an interview, Aaron confessed that the raccoon has become a regular visitor to his backyard. The raccoon likes to sit in Aaron’s backyard in “his usual spot in the biggest tree in our backyard.” Raccoons are a constant appearance for Aaron as he lives near a park in Toronto. Aaron is used to seeing raccoons he stated that he is used to “seeing bunnies and skunks” but “it’s mostly raccoons here.”

However, after a while, raccoons began to disturb Aaron by repeatedly opening and closing the garage door in the middle of the night. “We eventually installed a bolt really high up on the door so they couldn’t open it anymore, though we heard them trying for a few hours one night,” Aaron confessed to the reporters. “The next day they were at our front door looking in as if to ask ‘why did you lock me out of my house,’” he explained.

13. It was just a hilariously unfortunate day!

His most well-known composition is “Effin’ Birds.” It drew a big number of followers on social media. In recognition of his work on social media, he was just awarded a Webby in the field of humor in the year 2020. That led to the publication of a second edition of the “Effin’ Birds” book. If you’re interested, this hilarious field guide contains information on over 200 of the world’s “rudest” birds. Calendars and planners with images of readers’ favorite birds are also easily available on the marketplace. They have also been extremely successful in raising funds for the Equal Justice Initiative, on top of everything else they have accomplished.

14. There have been more incidents?! 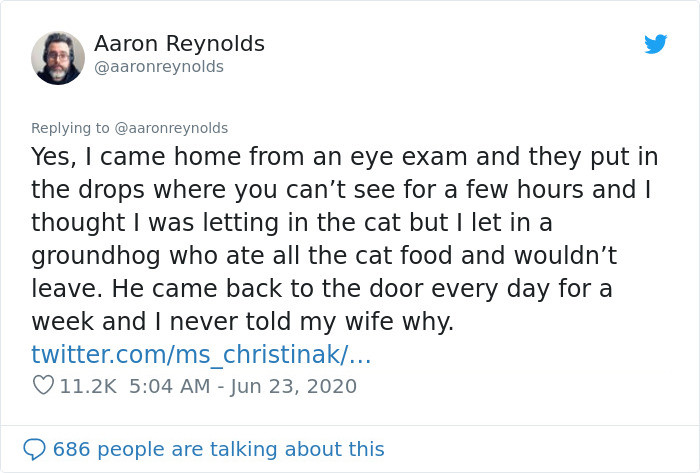 16. The secret behind him being a comedic genius.

18. Honestly, a break from modern gadgets is something everyone should try. 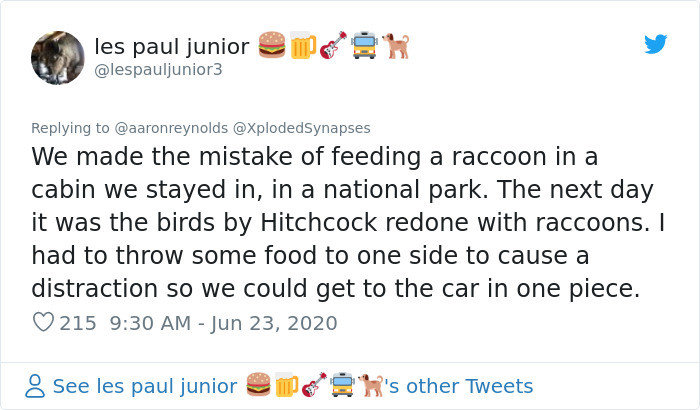 This hilarious story will make your day for sure. Let us know if you have any amusing stories that you would like to share!