Paralyzed Kitten Plays Again With The Help Of A “Wheelchair” 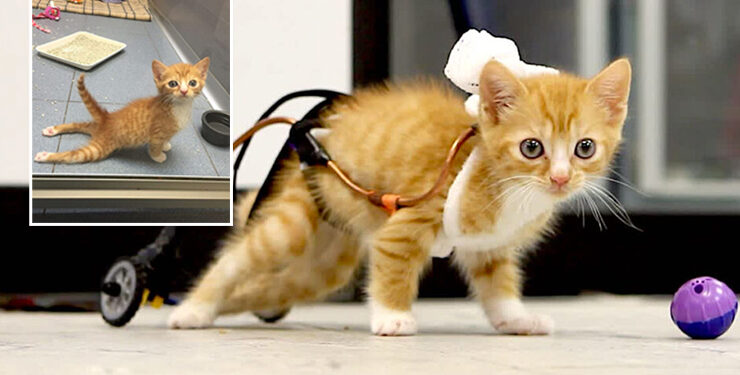 The lives of pets are not always as considered as people’s. The treatments for people are varied and the attempts will even be no longer possible. In the case of pets, it is often easier to sacrifice the animal than to treat it. But in the case of this paralyzed kitten it was not so. They insisted on it and proved that it was worth a try. 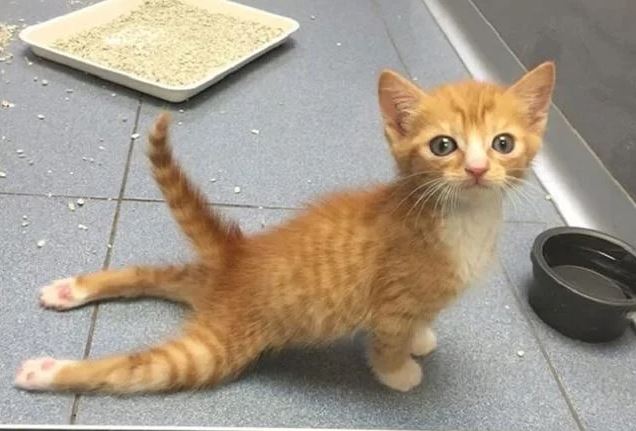 The name of this warrior kitty is Mac N’ Cheez (macaroni and cheese). He got a wheelchair to support his hind legs. That way, he can get back to running and playing. This puppy still has a lot to live for and thanks to the people who believed in him. 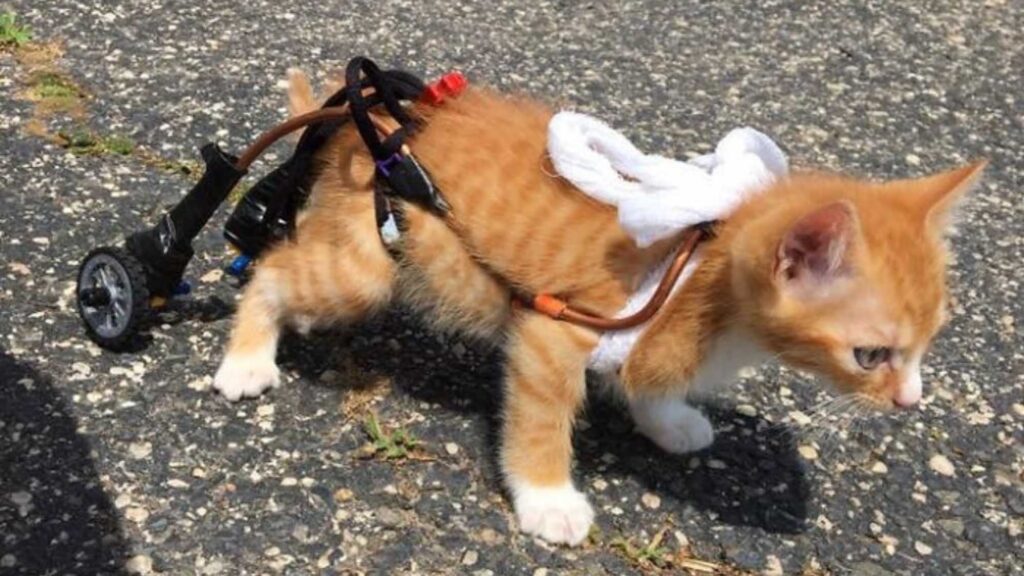 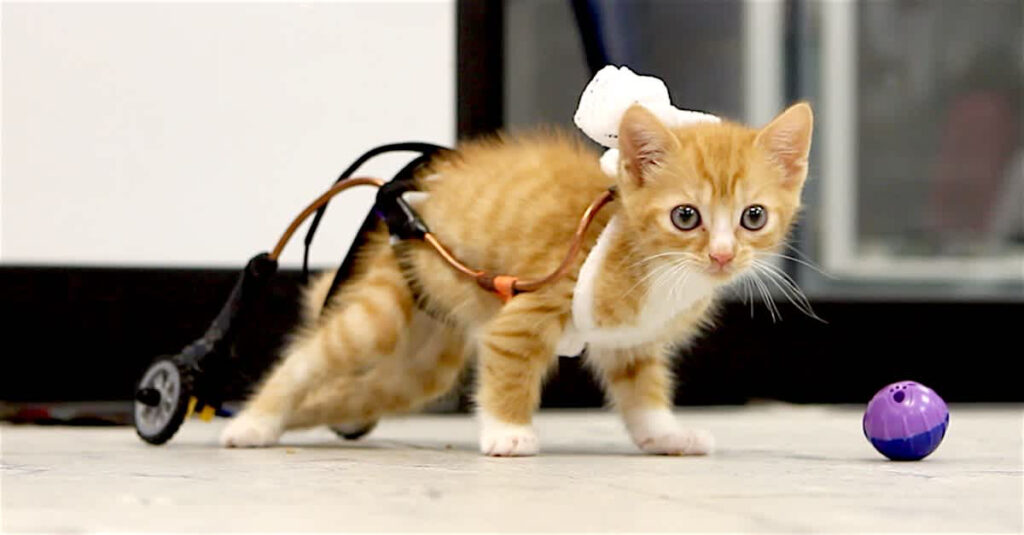 But things get even better, as he can walk again without the wheelchair being a nuisance. The paralysis caused problems in the hind legs, however, it is something that can be minimized. He can still have sequelae, of course, he can still walk again without the support causing him so many difficulties. It all depends on strengthening the paws that is part of his treatment. 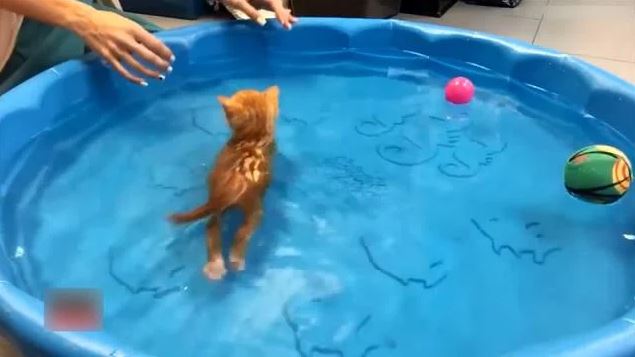 Recovery wasn’t easy and it’s not over yet. As he grew up, the paralyzed kitten was getting more and more beautiful. Already getting around better, Mac began to challenge himself as well. That is, he is struggling to improve day by day as he realizes that he can go further. 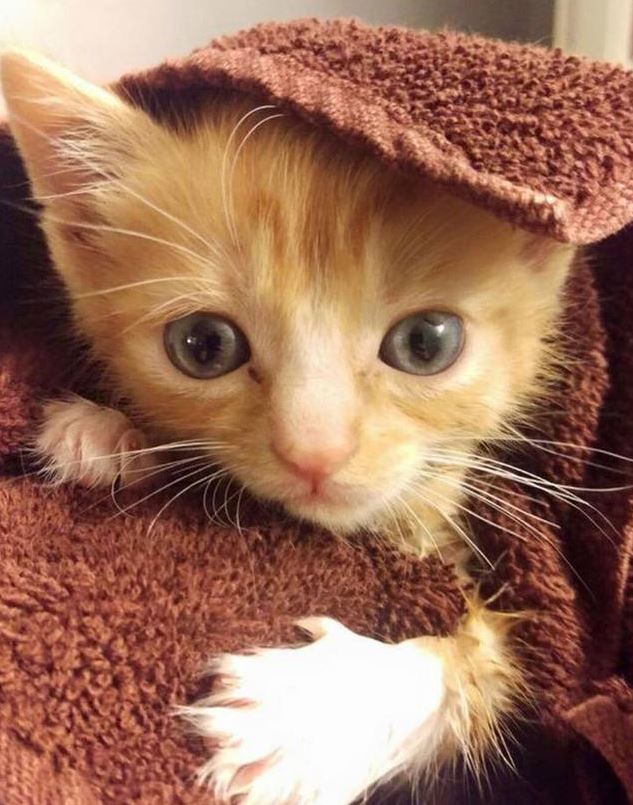 Now, he goes from one place to another, with his wheelchair that allows him to do whatever he wants. He is a little warrior who is ready for many adventures with the family that loves him as he is and is with him in the challenges.