Naughty Puppy Tries To Argue With Mom Over Ripped Bed 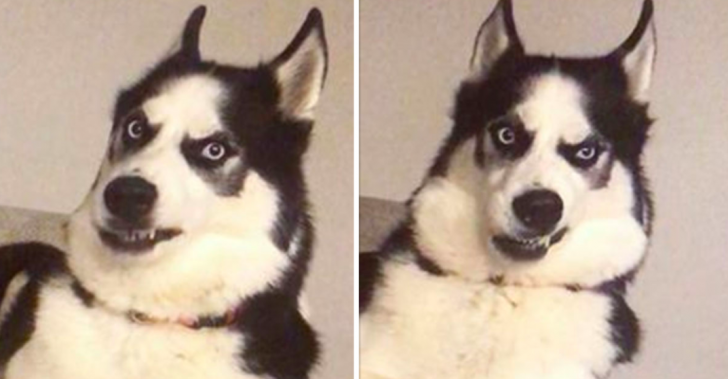 Huskies are beautiful furry creatures. I always stop to pet them on the street or in the park when I see one. They are majestic. Bold. Loving and kind. They are also goofy, and can absolutely be a handful. But, when they’re around, there’s NEVER a dull moment! This breed of dogs provides endless hours of entertainment, but also needs entertaining!

This is Blu, and he’s very chatty. VERY chatty. He has no problem making his opinion heard, especially when he thinks he’s right. Blu doesn’t bark, but he sure does whine, moan, chirp and howl!

Blu was given strict instructions to go to bed before mom and dad left for the evening, but he decided he’d have more fun doing things his way. While his parents left the house to go for a night on the town, Blu decided to go to town on his bed – ripping it to pieces. And he has no shame! At first, the pup thinks what he did was perfectly fine, totally oblivious to the mess he made and the damage he caused. He stands his ground as an alpha dog, presenting his case through the longest, cutest howling “argument.”

Mom can’t even get a word in. He’s dead set against winning this argument, until a couple of moments in, when he cowers his head and looks down to avoid eye contact, his howling dropping in volume and becoming more of a whimper or whine.

This talking back business is like the behaviour of a child – except way furrier and totally incoherent. Blu makes getting into trouble hilarious!

Click below to catch Blu red-handed. It’s hard to be mad at a funny dog like this!