Shelter Gives Pups Armchairs To Make Them Feel At Home 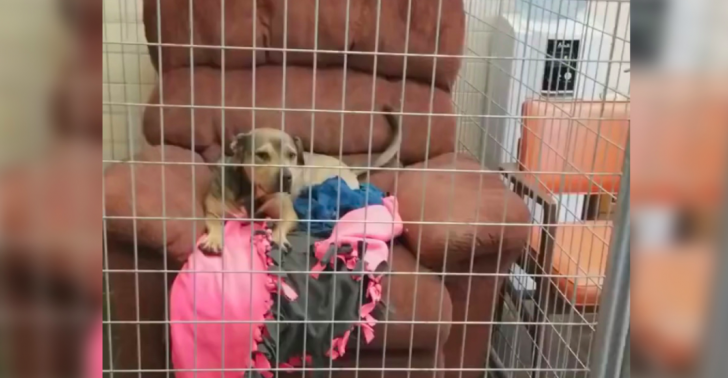 All dogs deserve the best! All they want is love and care, especially those that are stuck in shelters with no owner. Animal shelters aren’t warm places that any dog likes to be in, they’re locked in cages and aren’t comfortable.

But, one animal shelter wanted to change that. They wanted dogs without a home to at least feel at home. The Knox County Humane Society in Galesburg, Illinois decided that they would do something no other shelter has done before – they put couches in the cages to make the canines feel at home!

In the video below, you see a few dogs sitting on the used couches, sprawled out, and chilling on top of blankets. The idea first came to the people in the shelters because of a dog!

Buster Brown used to hang out in front with the staff and get up on the chairs and sit behind the members as they worked. Eventually, they got Buster his own place to sit: an old red couch donated by a plumbing company.

The staff came to realize that Buster loved his chair more than they thought he would and decided that it would be a good idea to get all the other dogs comfortable chairs, too. Erin Buckmaster, the volunteer executive director of the Humane Society, said, “Buster was so comfortable; we thought they all needed one.”

So, they asked their community to donate couches and next thing they knew, the shelter, which had 50 dogs residing in it, had 22 old, used but warm and comfy chairs for the dogs! Since this story went viral, other shelters wanted to do the same for their own dogs, so they started adopting this idea and asking for donations, too!

Take a look at these dogs and their “new” couches in the video down below!