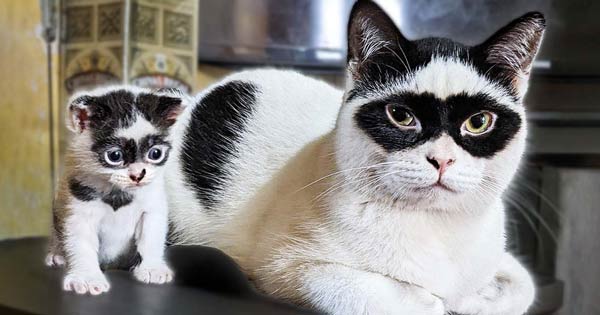 Indragiri Wahyudin Noor, 50, from Banjarmasin, Indonesia, is the proud owner of the two unique-looking cats and loves to share their amazing look on social media. Indraini said: “Boy and Key, the mum of the kitten, gave birth to their kittens on 9 June. “Amazingly, Bandit was born with the same ‘face mask’ as his father.”