Knowing he wouldn’t last much longer he took the only chance he had left! 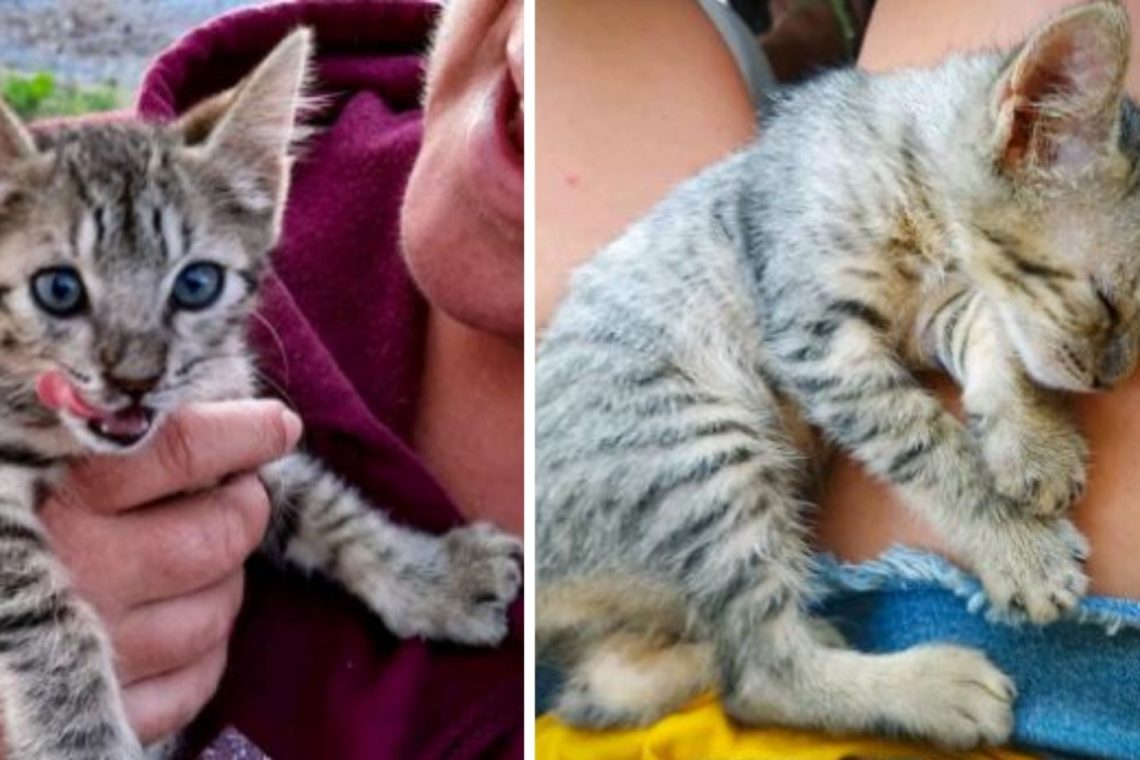 A COUPLE ON HOLIDAY IN GREECE RECENTLY, TOURING IN THEIR MOTORHOME HAPPENED UPON A SURPRISE VISITOR WHILE ENJOYING SUNSET.
Derek and Claire were surprised by a tiny bundle of energy in the form of a tabby kitten, who came running toward them while they were enjoying a spectacular Greek sunset.

“We were in Evia parked at a beach about 10 days ago, and this little kitten just came over to us,” said Claire. 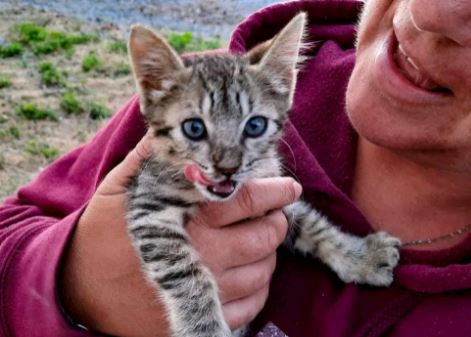 Apparently, the kitten had bounded up to an elderly man who was the only other person on the beach. He was begging for something to eat.

“The Greek gentleman said that he didn’t think the kitten belonged to anyone here as most of the properties were holiday homes and unoccupied at the present time.” 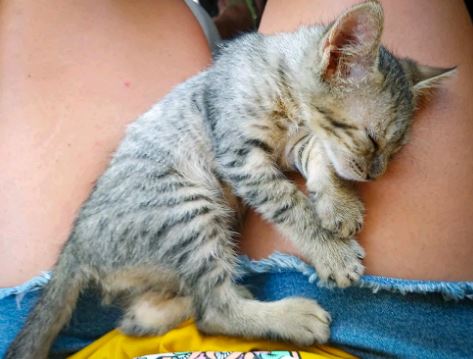 Derek and Claire asked around, but no one nearby was missing a kitten. Knowing he was on his own and would probably soon starve to death, there was no way they couldn’t turn their backs on him.

“I picked him up and he was asleep in my arms within minutes. He took to the camper right away,” said Claire. 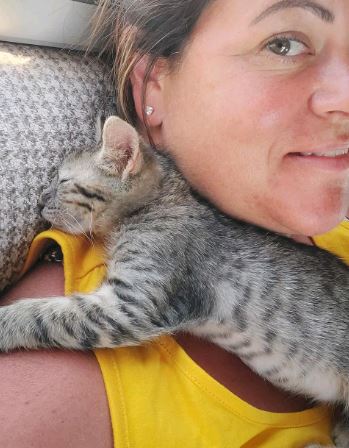 The couple even stayed an extra day in case someone came back for the tiny feline, who by then had made himself right at home in their camper.

“We couldn’t leave him, he was so small and so hungry. So we decided to take him on our travels with us. We named him Vangelis, Greek for Archangel,” Claire added. 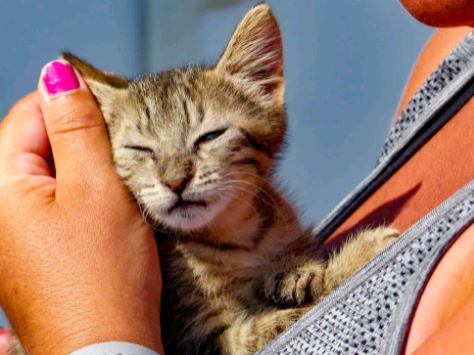 They soon found their new part-time kitty security guard was the purrfect travel companion. Unafraid of traffic, he quickly wrapped his paws around Dereck’s little finger, and wormed his way into Claire’s heart.

“He’s fast become a member of our family. He has a lovely nature but he’s still fiercely independent,” said Claire.

“He loves Derek and will happily sit on his lap whilst he’s working on the laptop.”

“He’s very affectionate and his personality is amazing.” 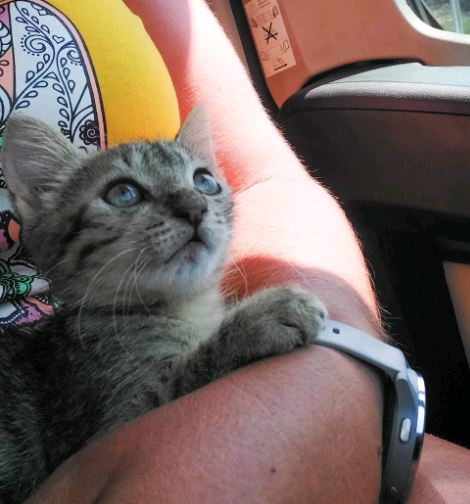 Soon their new travel companion was attracting attention wherever the couple went. A Greek lady came up to the couple offer cat treats and food. She came back the next day with eggs and oranges from her home.

“This is what we have encountered everywhere we travel in Greece. These small acts of kindness from one ‘stranger’ to another truly overwhelm me at times.” 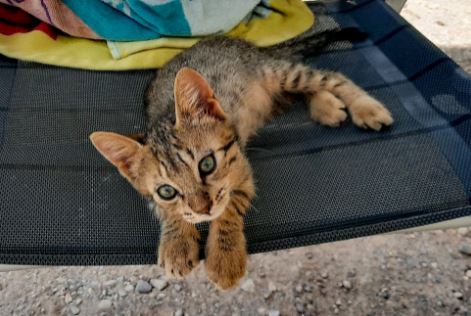 In no time at all, Vangelis adapted to his new life on the road.

“He sits on Claire’s lap, looking out the windows, and after about 15 minutes he falls asleep,” Derek added. 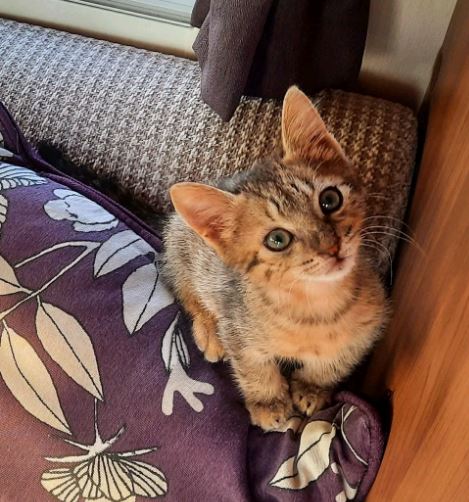 He has easily transitioned from a life of just trying to survive to live with his new forever family.

No longer having to beg for food, all he wants to do now is give love, and show his appreciation to Derek and Claire for opening their hearts to him. 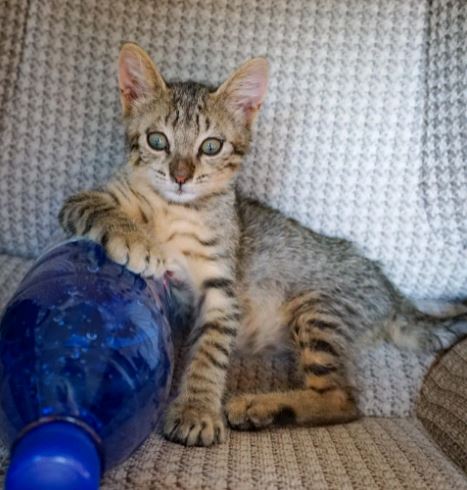 “He’ll be coming home with us when we return to the Isle Of Man in October,” Claire said.

“This little fella will live like a king for the rest of his life.” 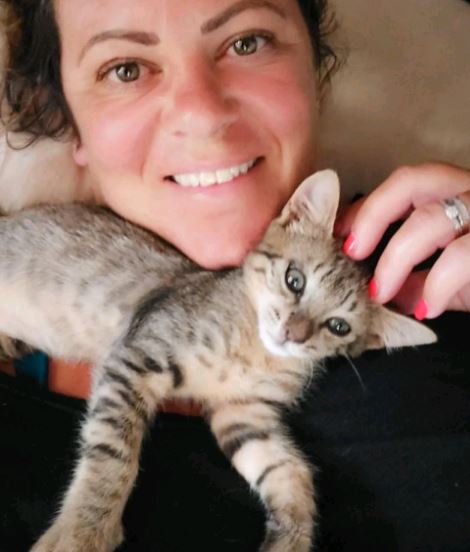