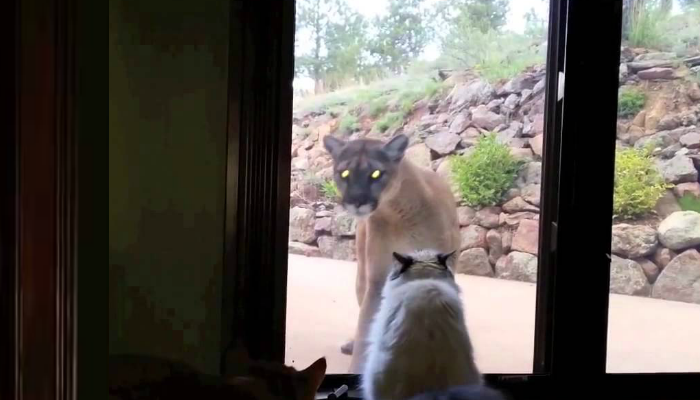 We recently posted an awesome video of a mountain lion interacting with some house cats, but didn’t you wonder what waz being said?

This video purrrfectly sums up the hilarious conversation!

“I don’t know who that is… I think you should call the police.”