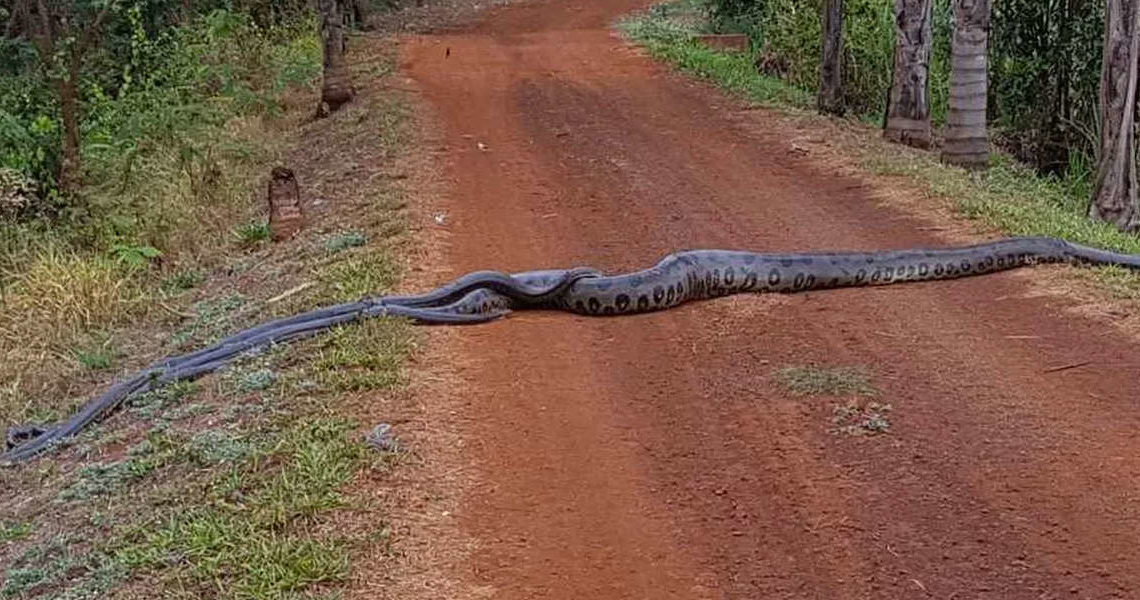 Last month, while traveling through a jungle in Brazil, a group of veterinary students happened upon an unexpected kind of roadblock.

There, spanning the dirt track in front of them, was an enormous anaconda — and she wasn’t alone. 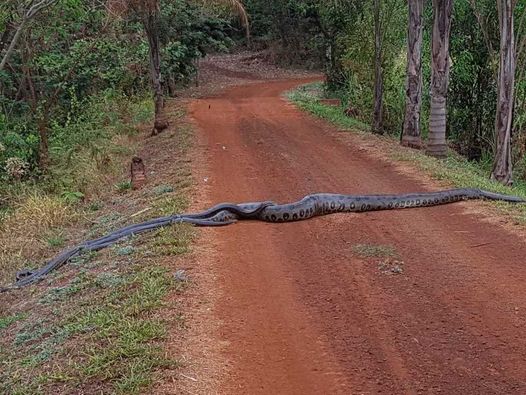 One of the students who stopped, Antônio Stábile dos Santos, estimated the female snake to be around 20 feet long. As he got closer, he observed that she was being pursued by numerous smaller anacondas.

Santos eventually discovered that the smaller snakes were most likely males, aspiring suitors fighting for the attention of their much larger counterpart.

But, as you can see, she didn’t seem particularly interested:

It was an impressive sight, to say the least. But Santos and the other students weren’t the only ones forced to wait for the snakes to cross.

A lizard, too, had stopped in his tracks on the roadside — happy, no doubt, that the snakes had other things on their minds. 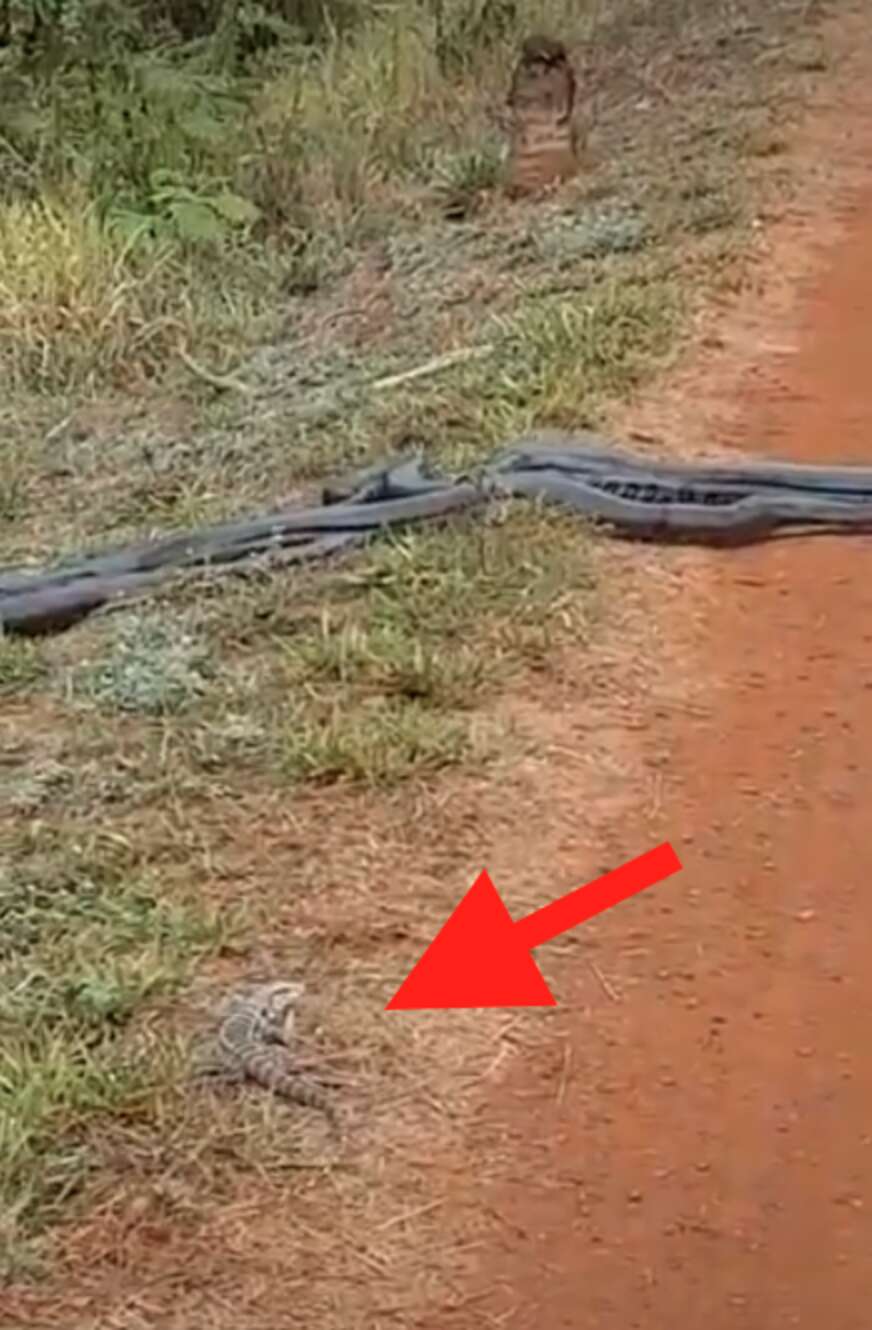 For Santos and the others, who spend their time studying animals, it was a scene they won’t soon forget.

“It’s not everywhere you see something like this — especially not in college,” Santos told Globo News. “It was very unusual.”