Elderly lady is receiving a cat for Christmas 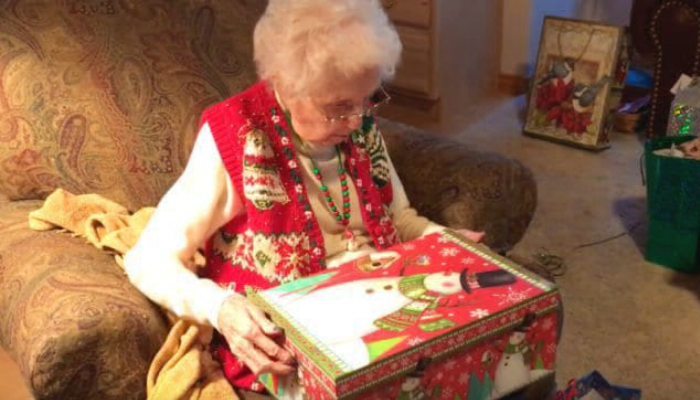 Most kids ask for a pet for Christmas and beg their parents all year round, hoping that their pleas will pay off on Christmas Day. But we often forget that we never really grow up inside and older people sometimes have the same dreams as children.
This grandma had the same dream; she had always wanted a pet cat to keep her company. When her family found this out, they went out of their way to make this Christmas one that she would never forget.

When grandma is handed the heavy box she has no idea what is in store for her inside. Carefully, she removes the lid and is instantly taken aback and squeals as she notices movement inside.

As soon as grandma realises that the beautiful kitten is for her, she bursts into happy tears and embraces the kitty. It truly is a wonderful thing to see; her response is so heartfelt and pure!
The cat seems instantly settled with its new owner as she strokes and cuddles it in disbelief. It’s safe to say that the surprise gift went down a treat and it was a Christmas that grandma would remember fondly forever.