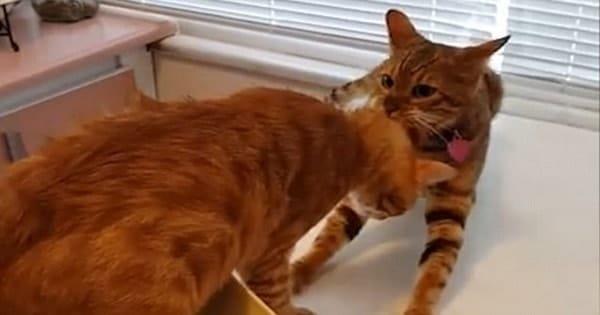 Animals are typically not so happy when the time comes for them to go to the vet. Cats in particular actually get rather upset and the two cats from the video clearly have different reactions. Their vet visit however, turned into a scene from possibly Escape From Alcatraz!

Just as they were about to finish up their visit one of the cats decided that he has had enough. Biting his best friend on the neck, he tries everything in his power to get her away from the evil vet. He looks totally desperate as he tries his best to save her.

Watch the video just below!