Abandoned Kittens Covered In Permanent Marker Get Their First Bath 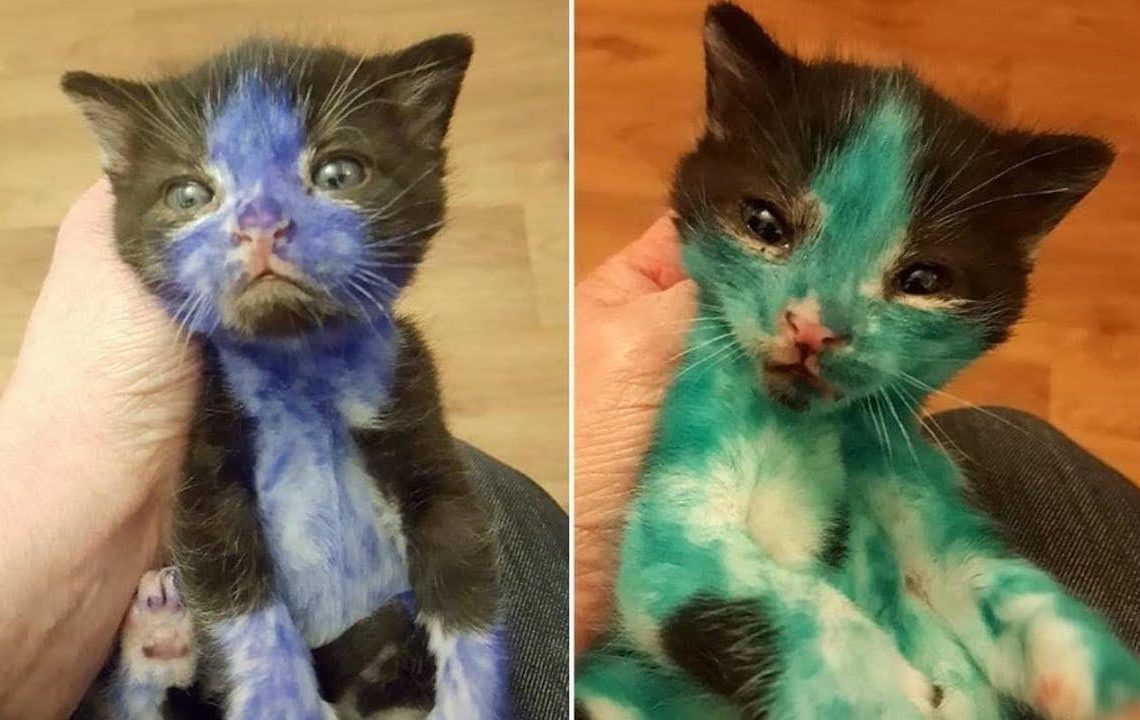 When United Kingdom-based cat shelter Bradford Cat Watch Rescue received a call from the police about two neglected kittens, they had no idea what they were in for.

Still, they figured that they’d rescued countless cats over the years, so they likely wouldn’t be too surprised at whatever they were about to face. But when volunteers finally arrived at the shelter, they realized the situation was so much different from anything they’d ever experienced.

The shelter staff took in the poor cats and started treating them immediately—they knew they had almost no time to spare! When you see what had happened to these two poor kittens, you’ll understand why…