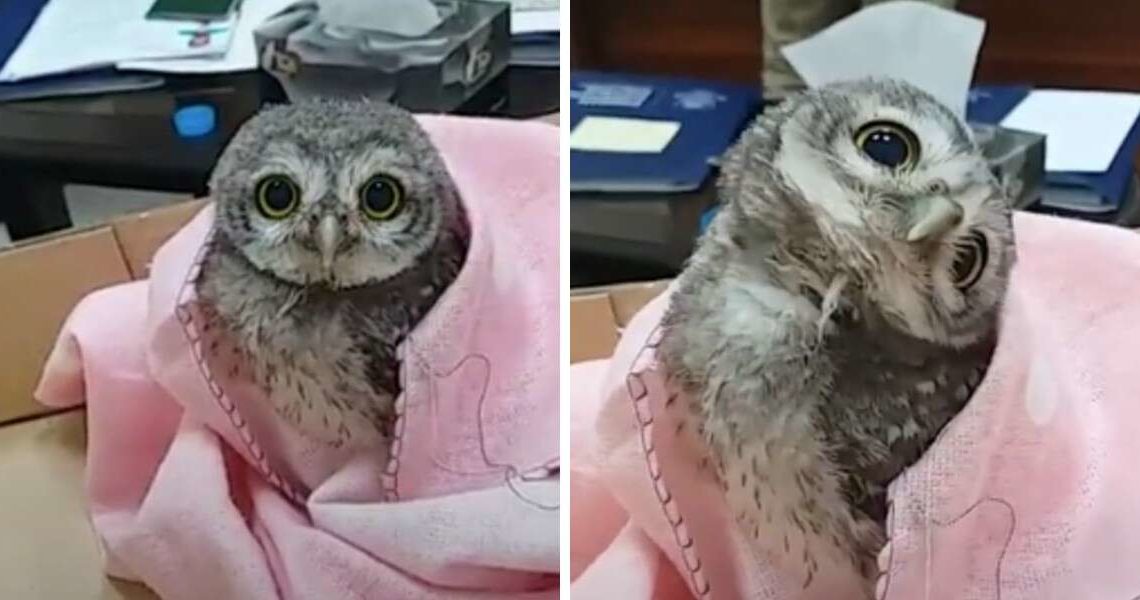 Maryam Khalil stepped into her Forman Christian College office one morning and saw one of the most incredible things she’d ever seen.

Khalil told The Dodo, “I saw a lovely owl near my cubicle.” “He was in the hands of one of my coworkers. It was the cutest thing we’d ever seen in a workplace.”\ 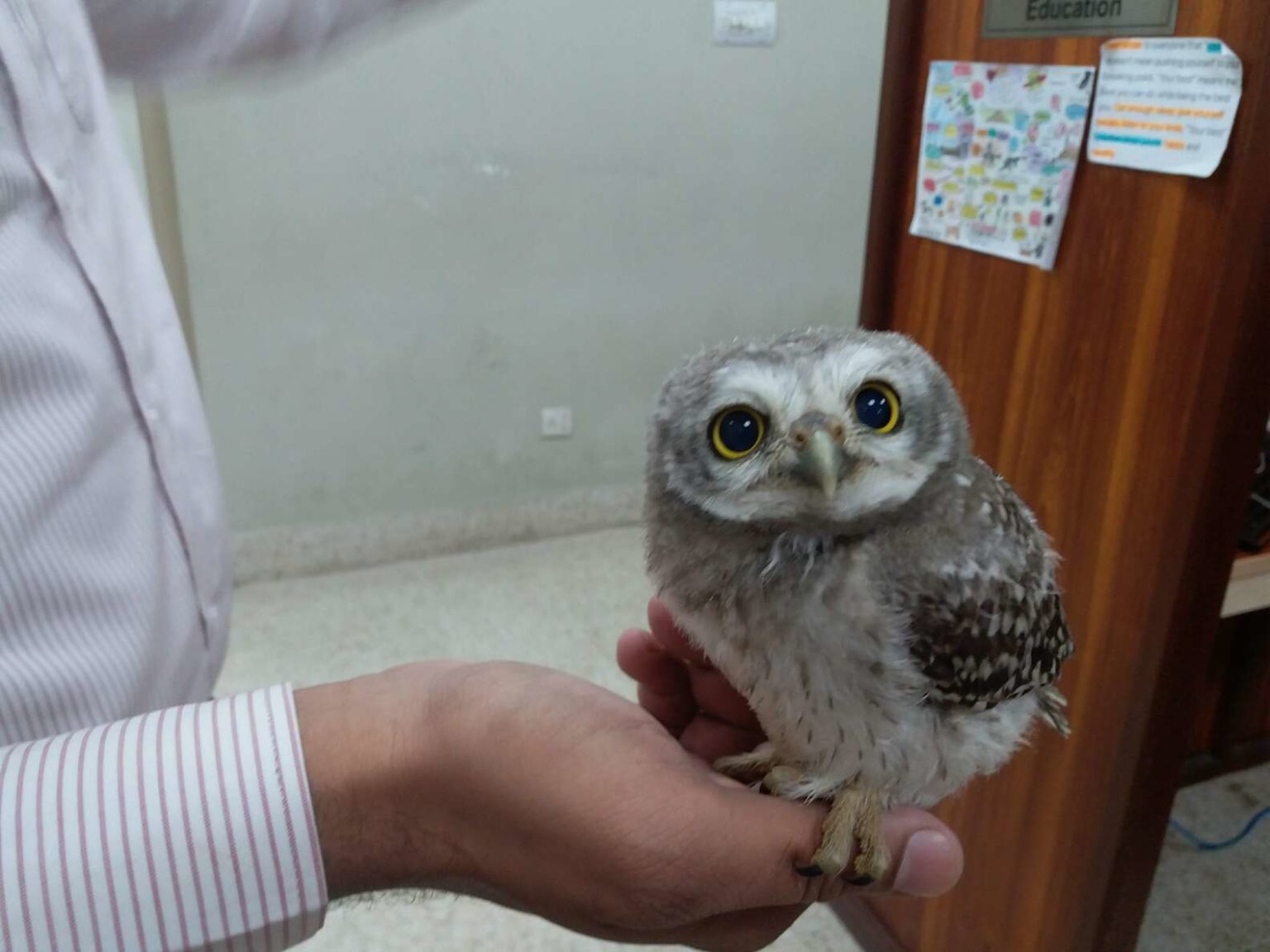 The newborn owl had a downy covering of gray and brown feathers and large golden eyes. During her daily and nighttime walks around campus, Khalil had seen a lot of birds, but she’d never been so close to one.

During a strong downpour, the small owl had fallen from his nearby nest, and Khalil’s colleague grabbed him up and took him inside to dry out. The workplace air conditioning was on full blast because it was July, so they covered the young bird in a nice towel to keep him warm. 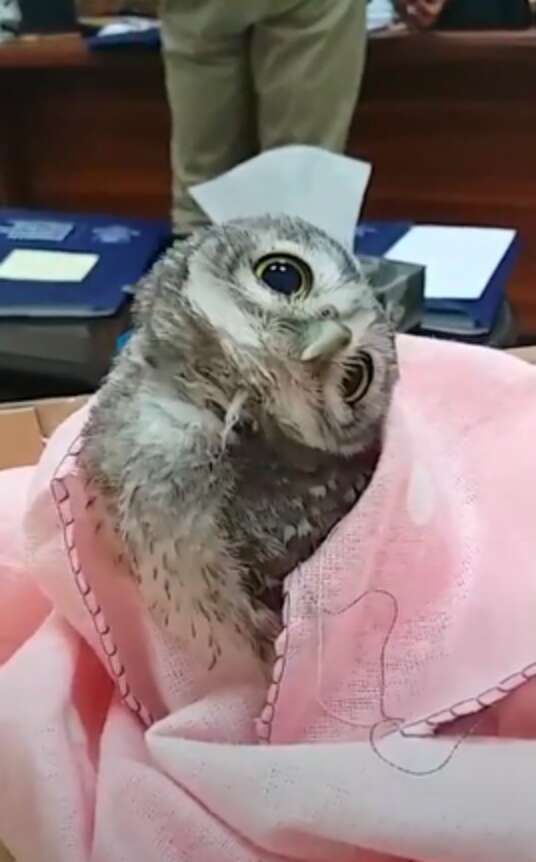 Everyone forgot about work as soon as the small owl became the talk of the workplace. Despite the commotion the owl had caused, he appeared totally peaceful.

“When he started looking about with his beautiful eyes, I put him in a box in my lap,” Khalil explained. “We fed him during the day and he slept for a bit.”

Khalil and her coworkers discovered the owl’s nest after the workday was done and returned him to his mother.

Khalil hadn’t seen another wild animal in her office in two years until an adult owl astonished everyone when it flew into a lecture classroom during an evening seminar. Something about this owl reminded her of someone she knew. 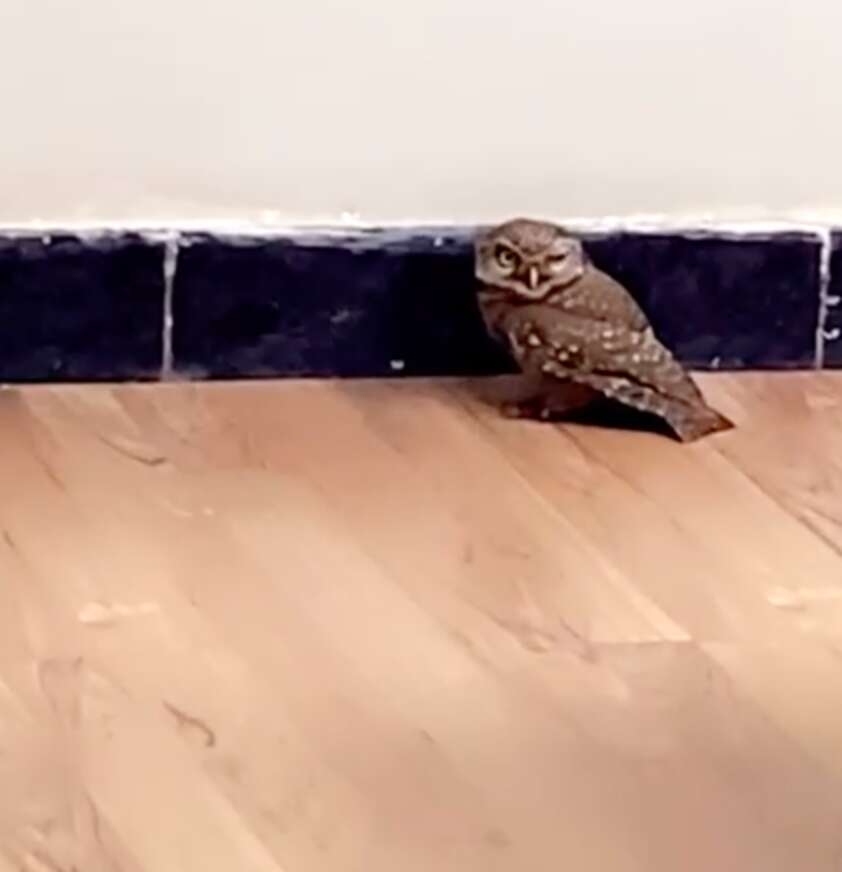 “This wasn’t a baby owl,” Khalil explained, “but he looked adorable while winking at us.”

She wasn’t sure whether it was the same owl, but she’d like to believe the small baby she had assisted so long ago is still alive and well.