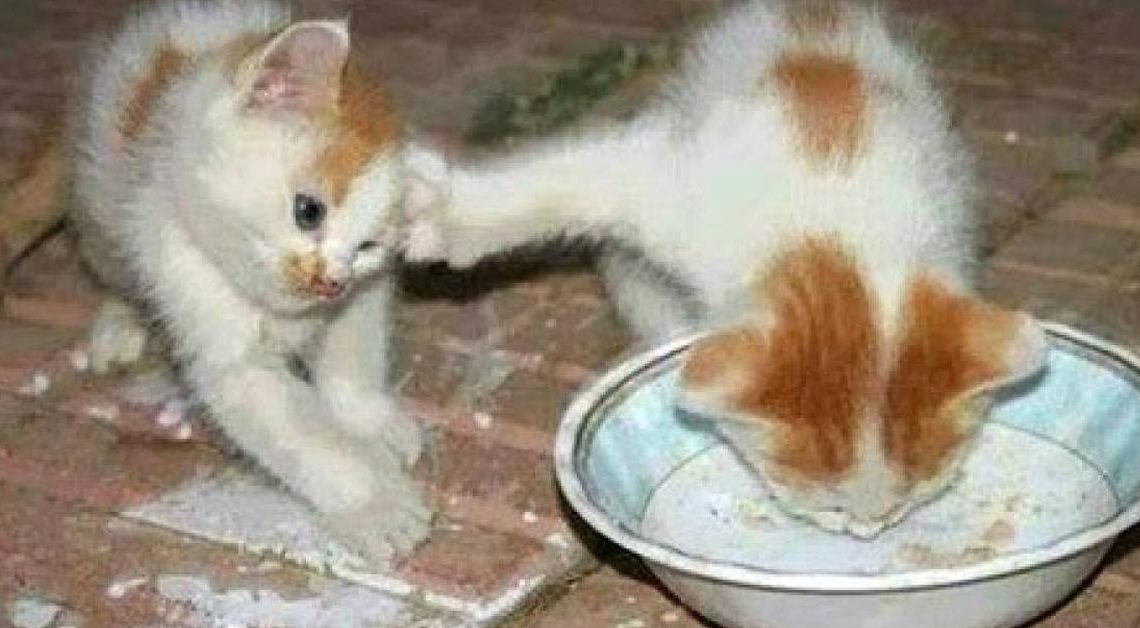 Cats are very sweet and cuddly animals (or at least they can be), but when it comes to food… don’t even think of coming near their bowl when they are eating. Sure you can try, but you better be ready for a fight.
Cats will not give up their food bowl so easily.

Two cats competing for a single bowl is a recipe for disaster. It inevitably leads to conflict. That is happening because cats are, by their nature, extremely protective of their food.

With that being said, I must admit that sometimes it can be really funny watching how competitive they can become over a bowl of cat food.
There are several approaches to the bowl defense, from playing tug of war with it, to various intimidation tactics designed to scare off “the enemy”, it’s hilarious.

Also, other kittens are not the only ones who are considered as threats. Some owners try to put their finger and pretend to take some of the food while they are eating… and you better believe it that doesn’t go unnoticed.

Cats are really the cutest, even when they are fighting over food it’s adorable. With their little paws and funny noises, you just have to love them.
But if you have two cats, go buy another bowl. Just in case!