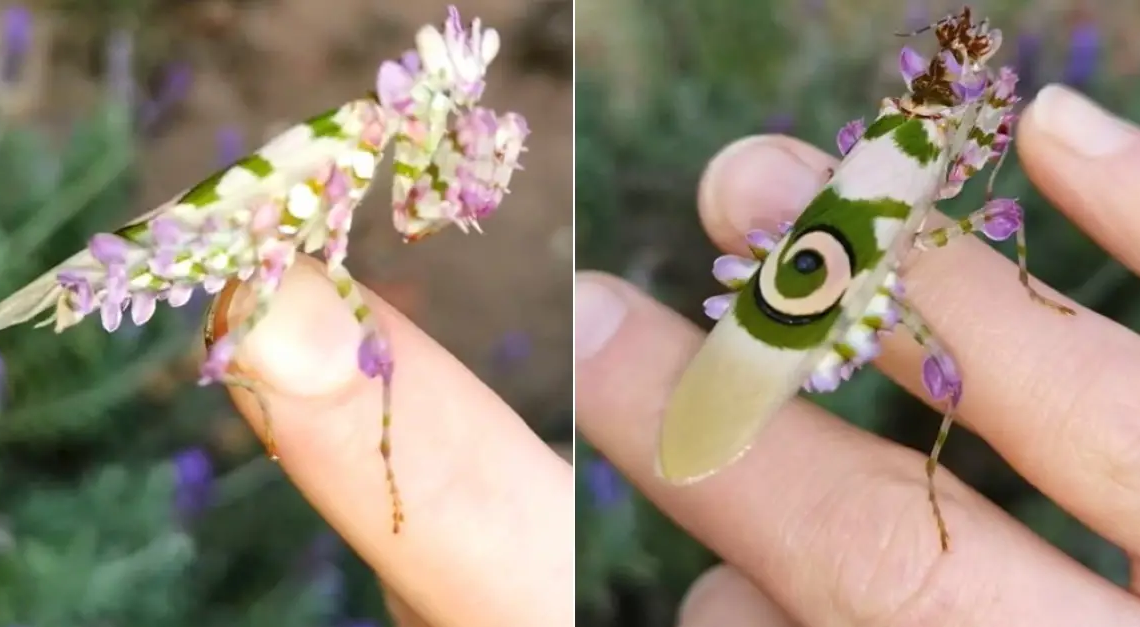 If you’re looking to have your breath taken away, all you have to do is go out in nature. The world is full of beauty – from majestic mountains, rolling waters, and even scenes from the animal kingdom. But there are some things in nature that take the word “beautiful” to another level.

Margaret Neville from South Africa was astonished by what she discovered on her farm one day, hiding within her garden. It was an insect, yet, it was one she had never come across before. 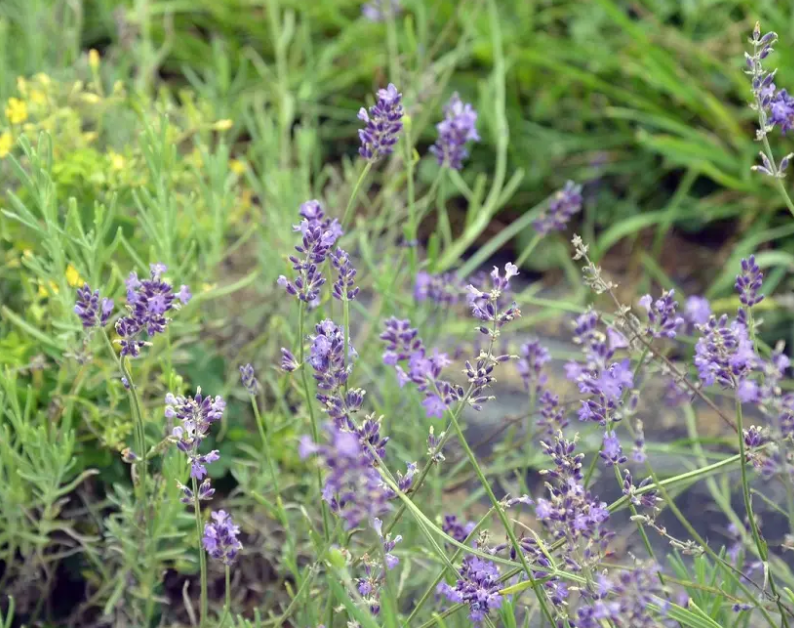 A bug might not be the first thing to enter your mind if you were asked to name a creature that was stunning. Believe it or not, though, there’s a kind of praying mantis that’s simply gorgeous.

When Neville took notice of one of these insects on a lavender bush in her garden – she stopped in her tracks. She told The Dodo:

“I was amazed at first sight.”

The mantis was fascinating looking, with a swirl on her back resembling an “eye” and she consisted of a variety of natural colors. The tiny purple accents on her body helped camouflage her into the blooming lavender. 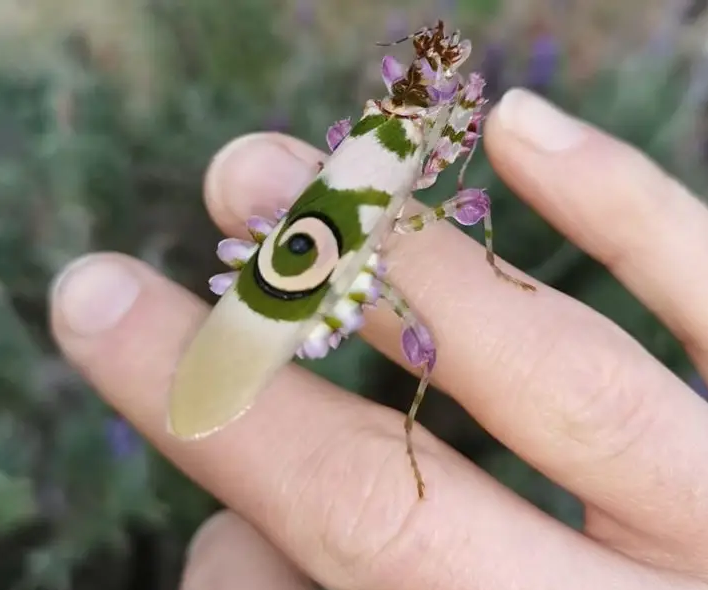 Neville snapped a photo of the insect and showed it to a friend named Kerri Martinaglia. She too was amazed by how beautiful the bug was.

In an interview with The Dodo, Martinaglia recalled:

“When I saw her, I thought she was an exquisite work of art.”

What Neville discovered that day is called a Spiny Flower Mantis – which has the scientific name of Pseudocreobotra wahlbergii. According to Keeping Insects, their home is in sub-Saharan Africa. 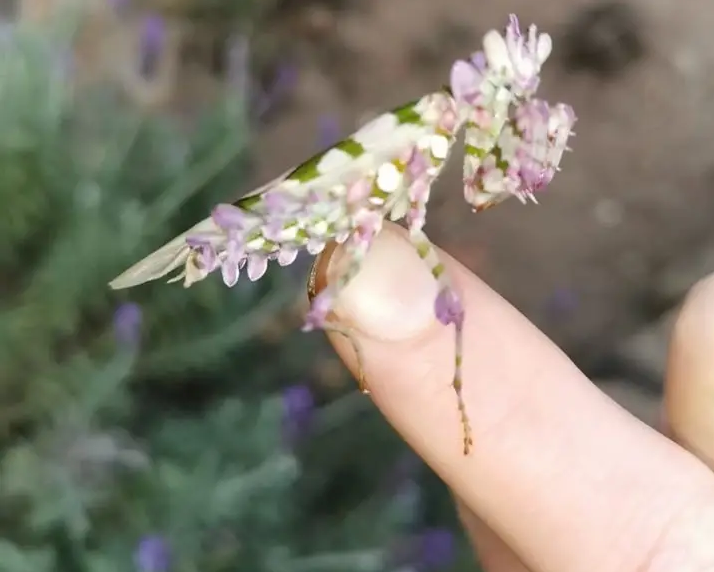 Neville decided to give the bug another name as well, Miss Frilly Pants.

Photographs were also shared with the Waterfall Retreat & Environmental Centre who posted them on Facebook. In a viral post, they provided some extra information on the Spiny Flower Mantis Neville found.

They began by saying:

“What a wonderful world! This beautiful flower mantis was found in Nkutu Valley, KwaZulu Natal, South Africa on Sunday.”

“Experts said she looked like a pregnant female as you could see her broadening frilled edged belly beginning to extend sideways. She loves to hunt bees that visit the flowers of herbs such as purple and rose pelargonium, she sits at the flowers and hunts using her camouflage.” 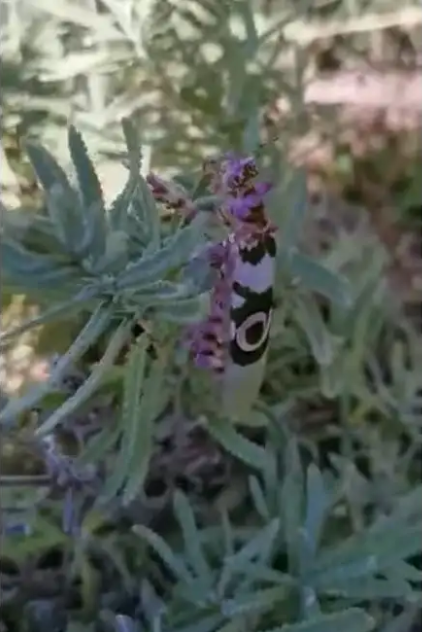 Miss Frilly Pants made herself comfortable.

According to Neville, the mantis stayed throughout the month of September in her lavender bush (and even beyond). This is South Africa’s springtime, and there’s no denying she looks like a floral masterpiece herself. 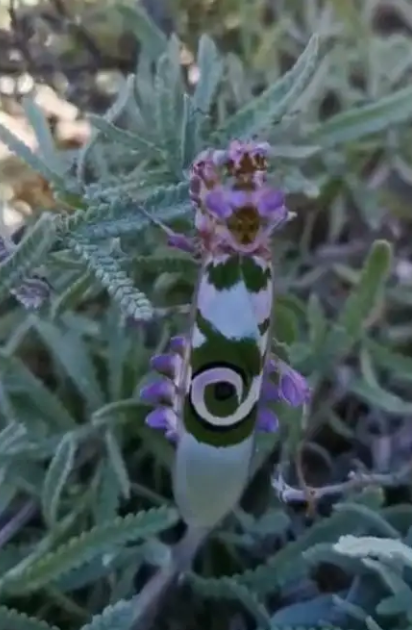 By no surprise, people around the world have been just as astonished by the breathtaking bug as Neville and Martinaglia. The Waterfall Retreat & Environmental Centre’s post alone was shared more than 59,000 times on Facebook.

“I have never seen any creature more incredible. An absolute beauty. So many amazing things out there.”

Someone else comically posted: 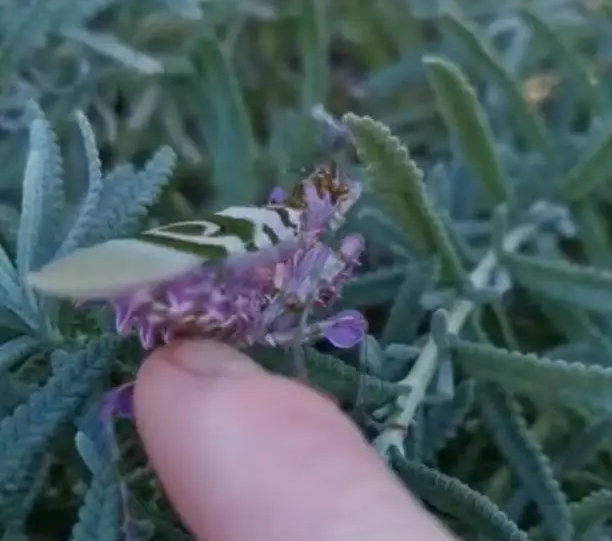 “I have never seen such a beautiful bug before! WOW!”

The world is full of beauty, but there are also hidden gems that not everyone knows about. This is one of those divine creatures that really is amazing to look at. Press play below to watch Miss Frilly Pants in action for yourself!