Woman Adopts Sad 21 Year Old Cat To Give Him Best Remaining Days He Could Have! 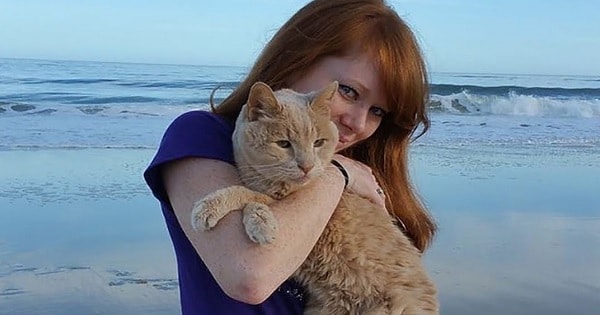 At the very sunset of his life, 21-year-old cat Tigger was sadly abandoned by his human at a local veterinary surgery. Sad and confused, he simply wasn’t able to understand why. It was then, however, that Adriene Nicole came along. Nicole stumbled upon his story on the Canton Neighbors page and decided to take him home. She desperately wanted to give him the love he needed. Unfortunately, Nicole soon discovered that Tigger had kidney failure and a golf ball-sized tumor. That didn’t hold Nicole back: “Though he has kidney failure and we found a tumor, he kicks it like a 12 yr old. We decided to create a bucket list full of random adventures for him”

“Though it might not be much to others, all the little trips outside are a blast for him because he loves to be outdoors…the beach being his favorite so far,” she went on to say. “The most important part is that Tigger’s story just shows how amazing it is to adopt a geriatric pet and give them the best remaining days! He has forever changed our hearts and will hopefully change the hearts of others when it comes to adopting older pets!”