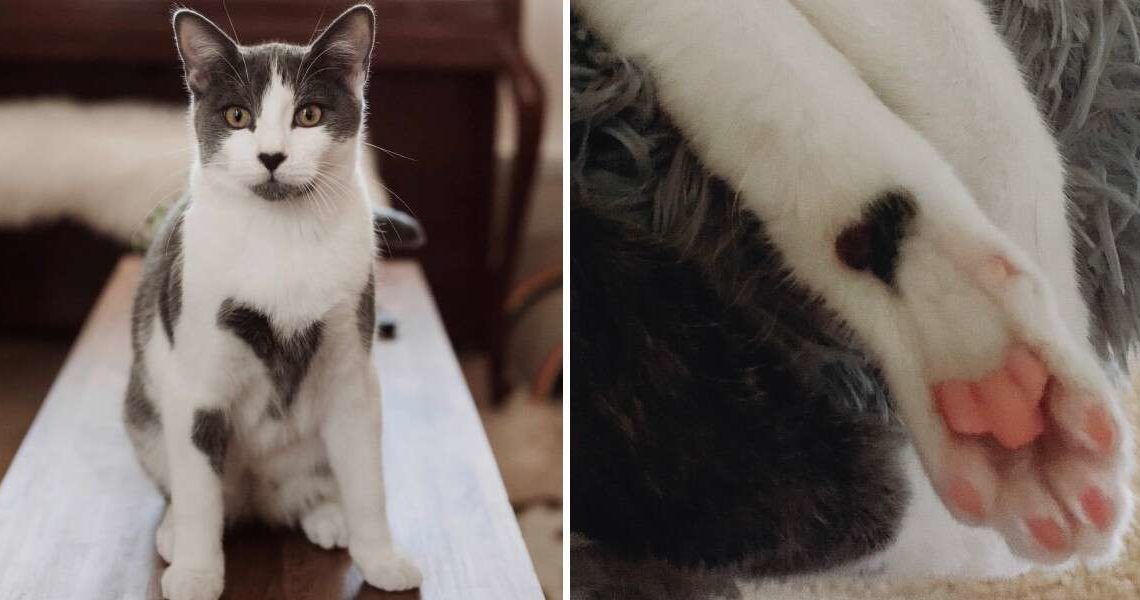 Katie Duda was grieving the loss of her cat Lucky when she came across a photo of two kittens at Wrenn Rescues looking for a home. Duda could tell there was something unique about River when she brought him and his brother up from their foster family.

“I thought I noticed a big heart on his chest when I picked them up from the foster home, but I wasn’t sure,” Duda told The Dodo. “I really didn’t even play with them or look closely. I put my faith in Wrenn Rescues.” 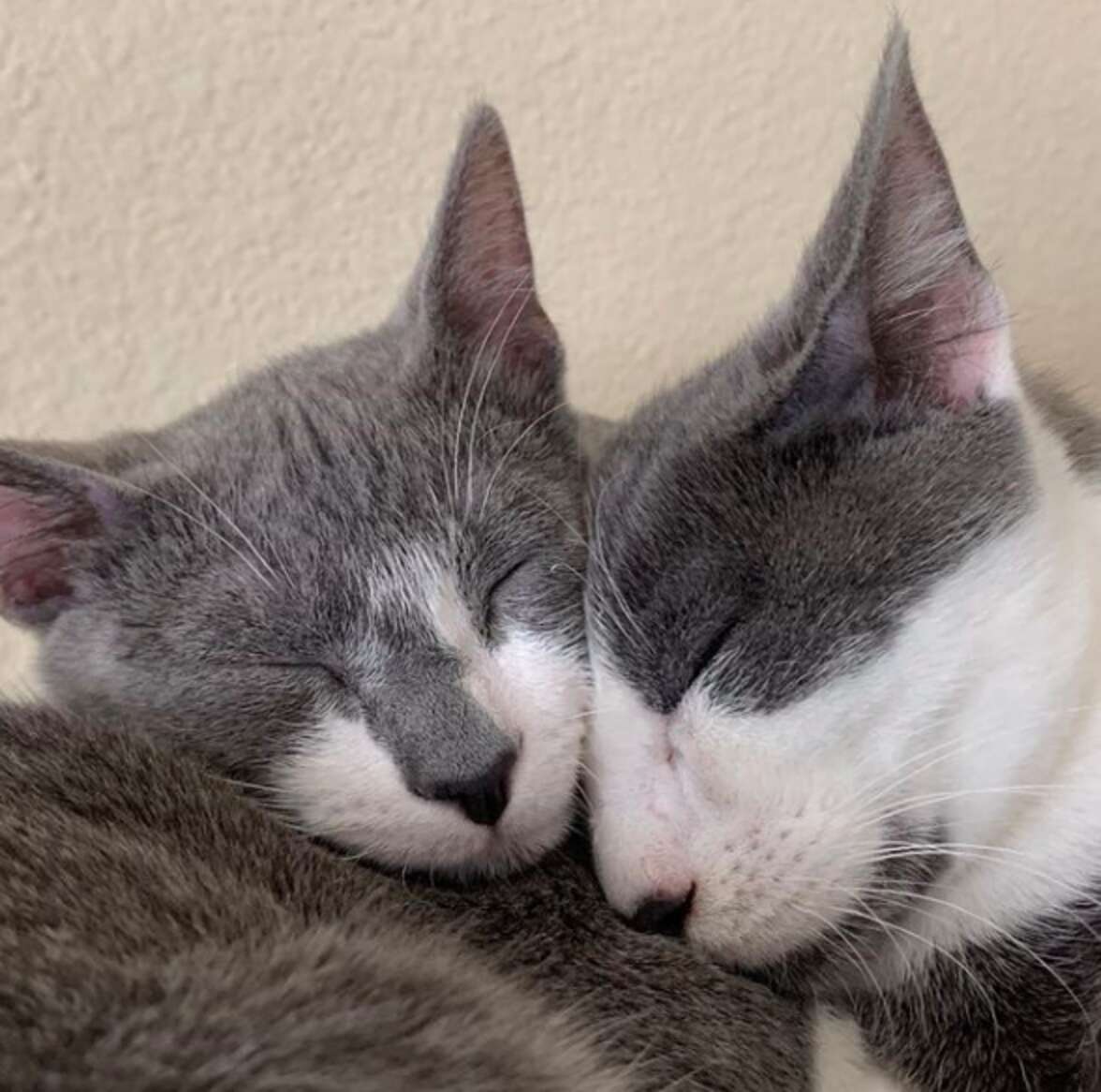 River was bashful and wanted to hide at home, so Duda created a nice room for him with all the space he needed. Duda began to notice more heart-shaped patches on River’s coat as he got more at ease with his new family.

“I confirmed [one on] his chest, noticed his nose was more heart-shaped than most cats, then under his paws, chin and more,” Duda said. “To date, we’ve found seven complete hearts and two spots that look heartish at times.” 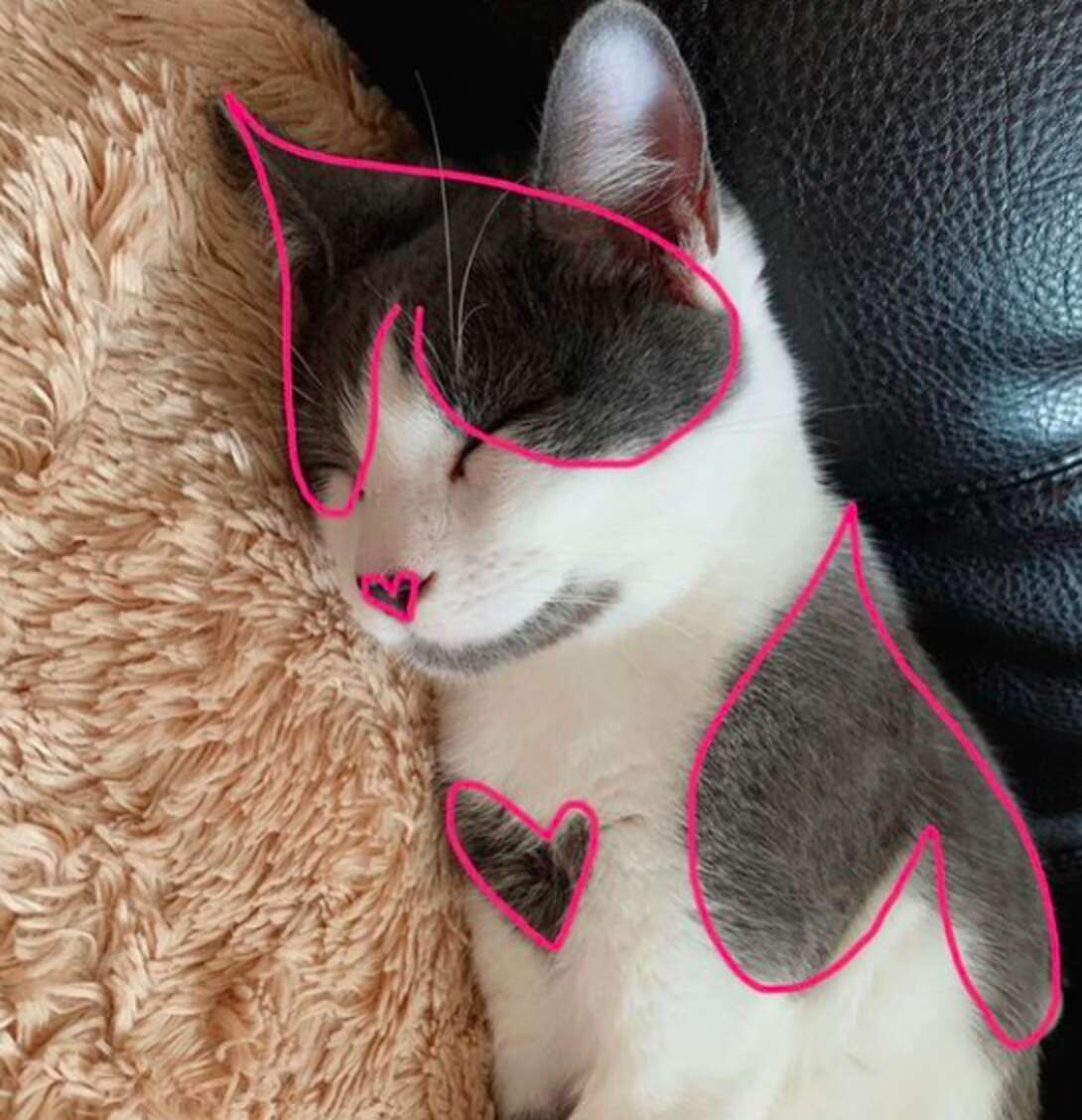 The cat is not just covered with hearts; he is also full of love.

“The river has an old spirit,” Duda said. “He is calm, attentive and loving. With River and Remi by their side, my children have been in grief since my cat died.”

“I expected the kittens to bring us joy, but truly they’ve brought us peace,” she added. “River, covered in hearts, is mending broken hearts.” 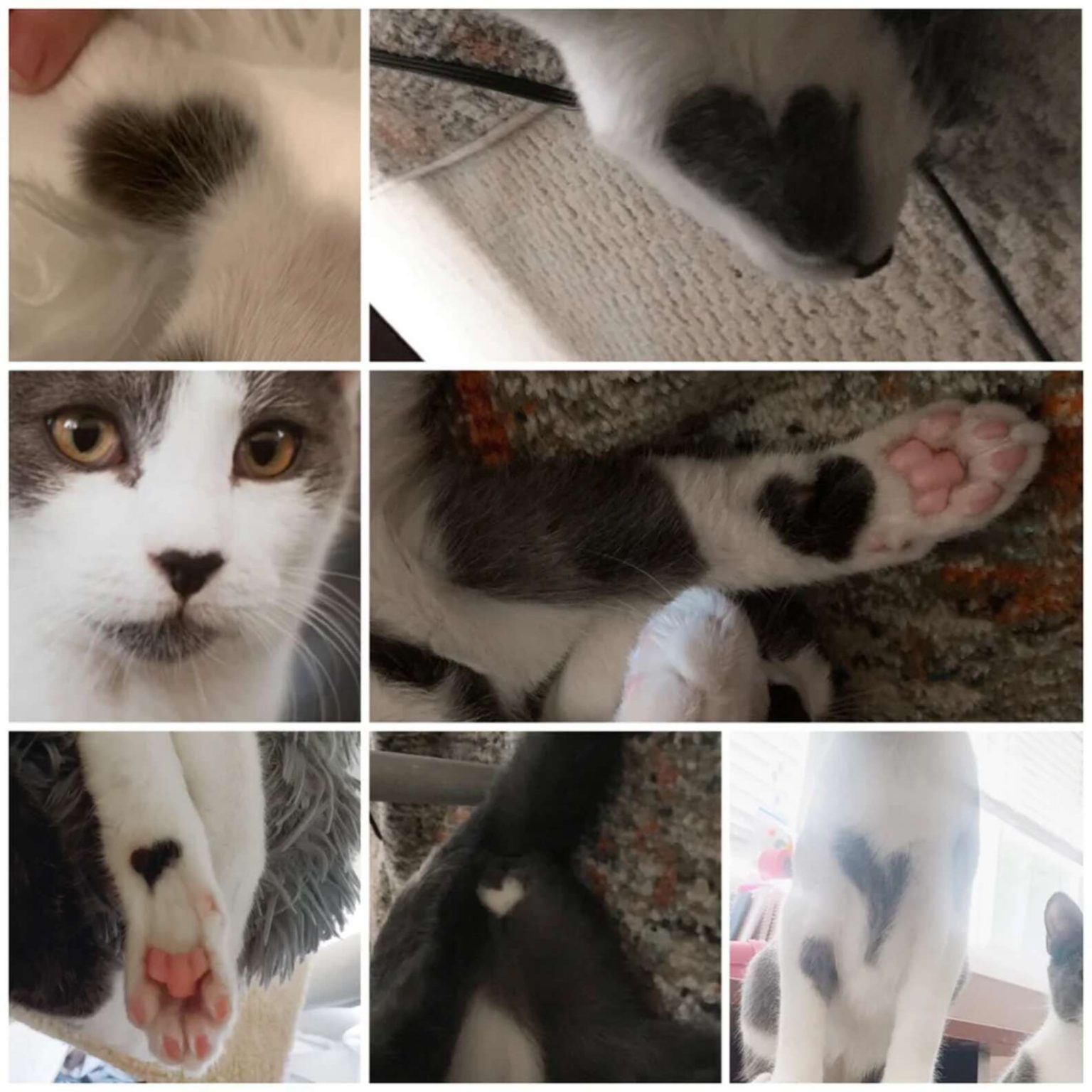 River enjoys spending time with his human siblings, but he is always on the lookout for his kitten brother.

“River is almost twice the size of Remi and acts as his guardian,” Duda said. “Yesterday, Remi wanted to sit in a large potted plant in our dining room. I had put foil in the pot to discourage the kittens from playing with the dirt and Remi was displeased. I watched River kindly remove the foil for Remi so he could lay in the dirt.” 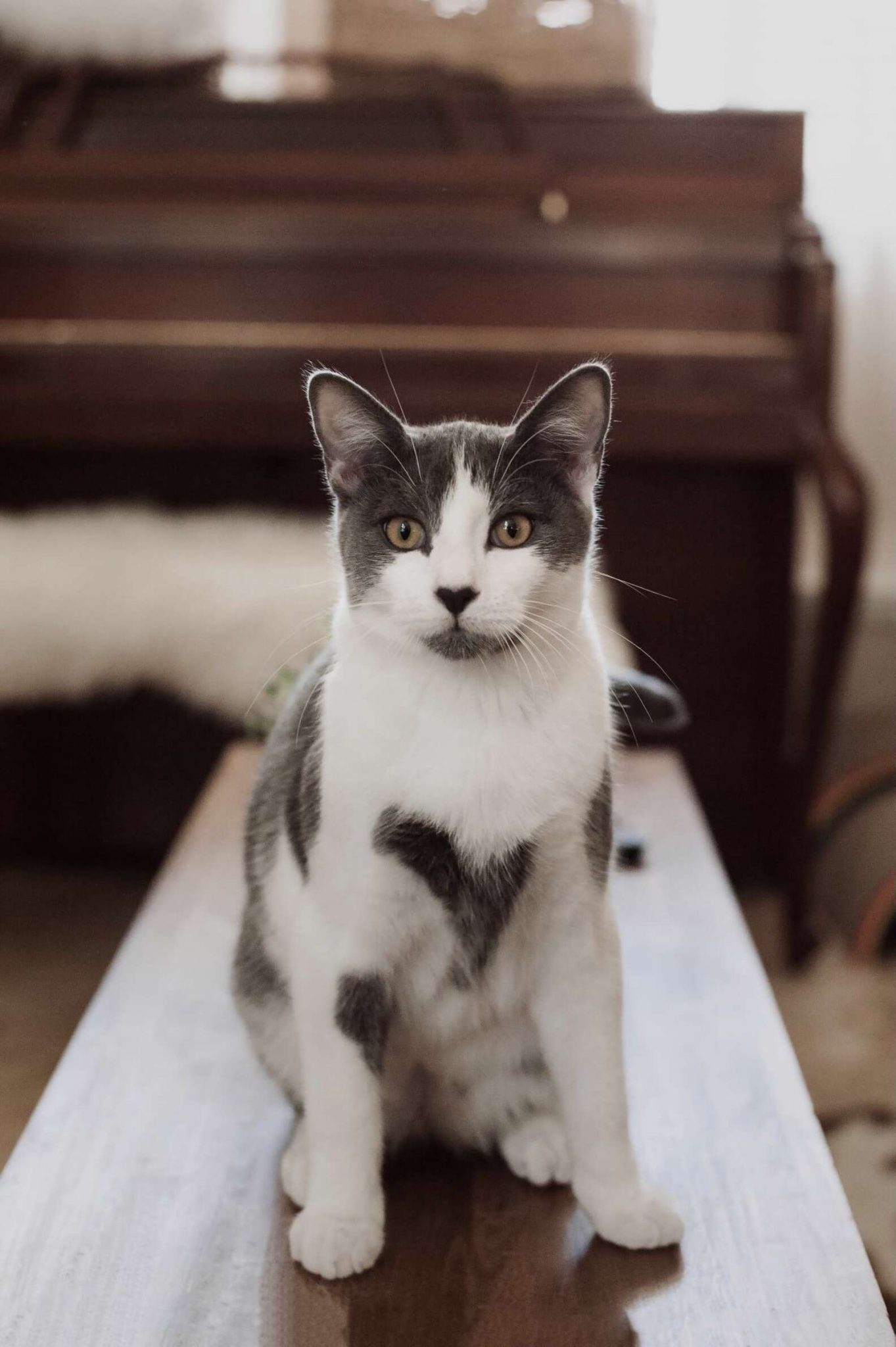 The hearts on River’s fur have always been there, but for Duda, they’re also a sign that she made the right choice.

“My first thought was that River’s hearts are Lucky’s way of making sure we know how much he loves us,” Duda said. “River’s hearts may not be a literal message to my family, but the love they bring is very real.”