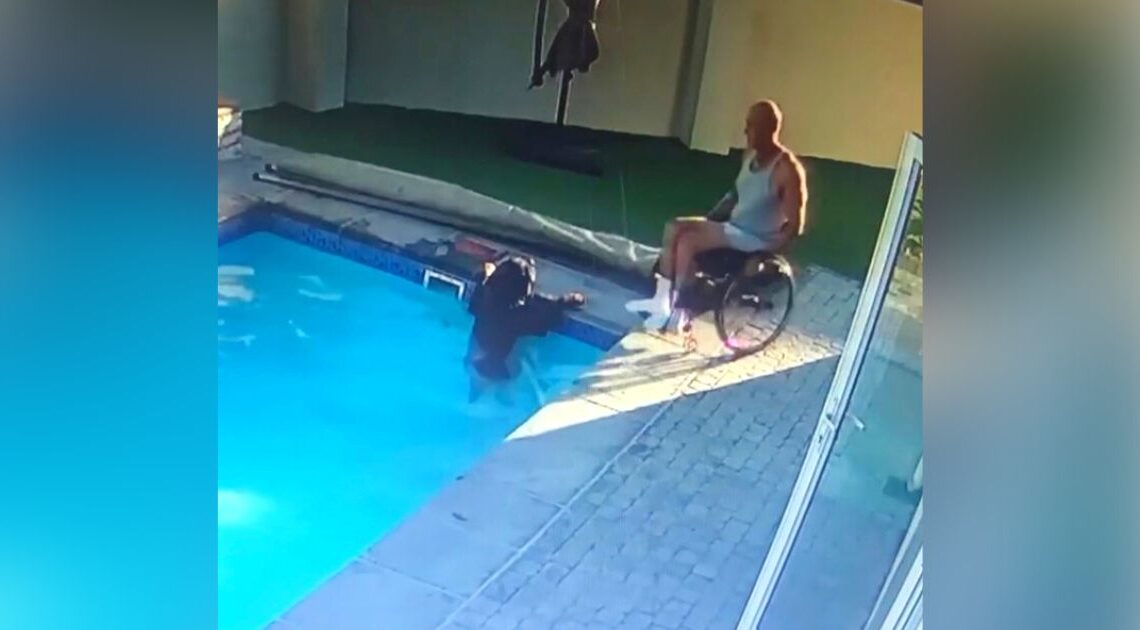 His dog had fallen into the pool and he was the only one present at the house to save him. He had to think quick.

Darren Thomas was home alone when he heard his Rottweiler, Cassius, cry for help.

He went to the pool in his home where he saw Cassius, desperately trying to get out.

Rottweilers can and will swim if they have to. Darren’s Rottweiler, however, cannot swim no matter how much they teach him.

So he had to figure out how to get Cassius out of the pool safely.

He was on a mission.

Oh, and Darren has been wheelchair-bound for the past 14 years, when seven men attacked him during a home robbery.

Getting Cassius out of the pool was not going to be easy.

A challenge he was up for.
When he later checked the security footage from their camera, he discovered that Cassius had already been struggling to get out for the past 25 minutes. 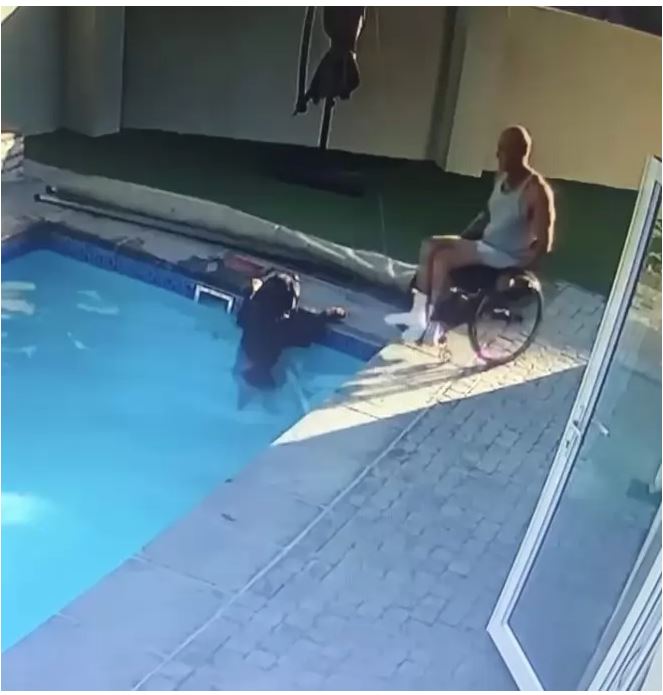 No wonder he was so tired. He called his wife for help but she was still about 20 minutes away from the house.

He had to figure out a plan.
At first, Darren tried to pull him out but, since Cassius weighed around 110lbs, he didn’t have enough leverage in his wheelchair to do this. He could fall in himself.

The pool had stairs at the other end so he realized he could pull Cassius to the stairs so he can climb out of the pool. 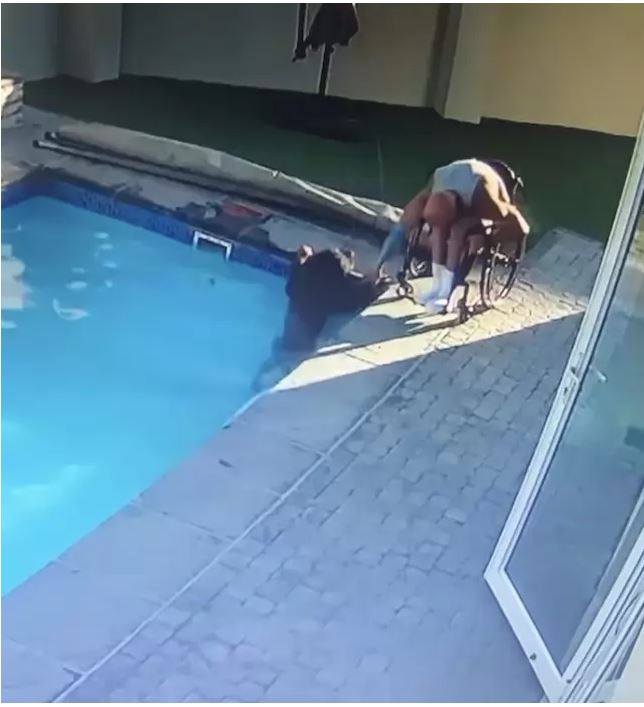 And that’s what he did.
Slowly, he pulled Cassius’ paw towards the stairs little by little.

“I was just talking to Cassius telling him I was going to get him out. It was amazing because he just looked at me totally trustingly and didn’t fight me at all as I pulled him across,” Darren recalled.

And, because he had a high injury, Darren couldn’t grab both of Cassius’ paws to pull him towards the steps.

It took less than 5 minutes.
After 4.5 minutes, Darren was able to get Cassius to the steps where he climbed up and out of the pool. 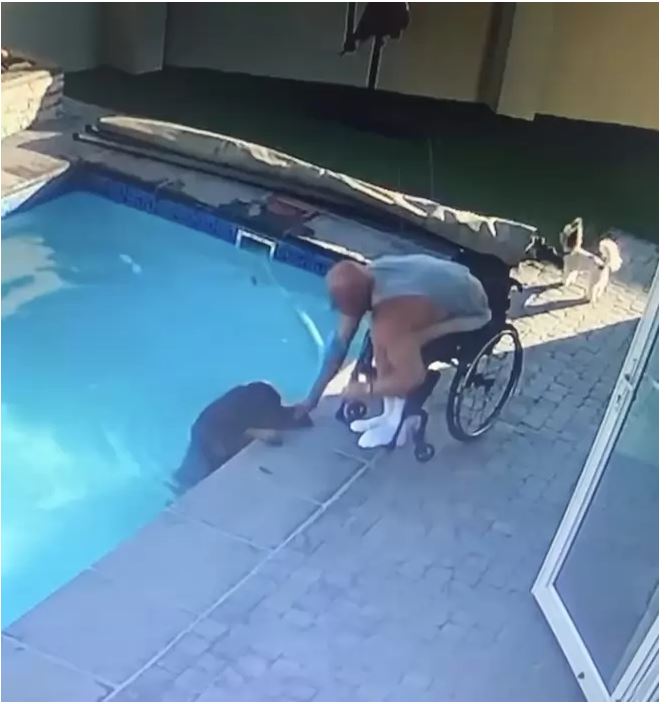 hank goodness Darren was still at home when this happened.

His wife and kids were out of the house and he was currently shaving to get ready for work when he heard Cassius cry.

“He doesn’t usually cry so I went to go see what was wrong. I didn’t see him anywhere in the house, so I went outside and that’s when I saw him,” Darren added. 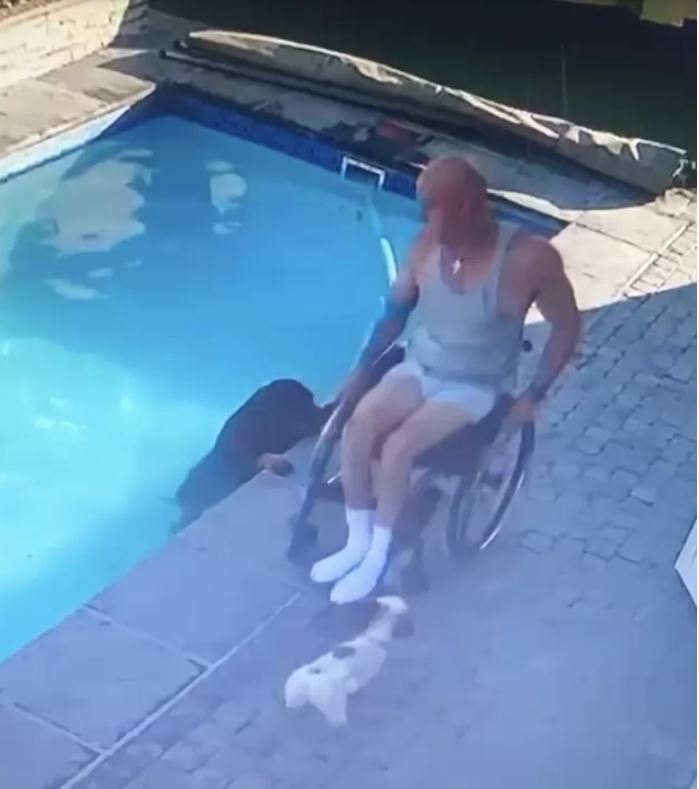 Cassius usually lays down by the pool but they have the cover on the pool, so there have been no accidents.

This time, the cover was off because his kids had gone swimming the day before. When Cassius stepped up, he slipped and fell into the pool.

And even though he couldn’t swim, he still had the presence of mind to keep himself afloat by placing his paws on the ledge. 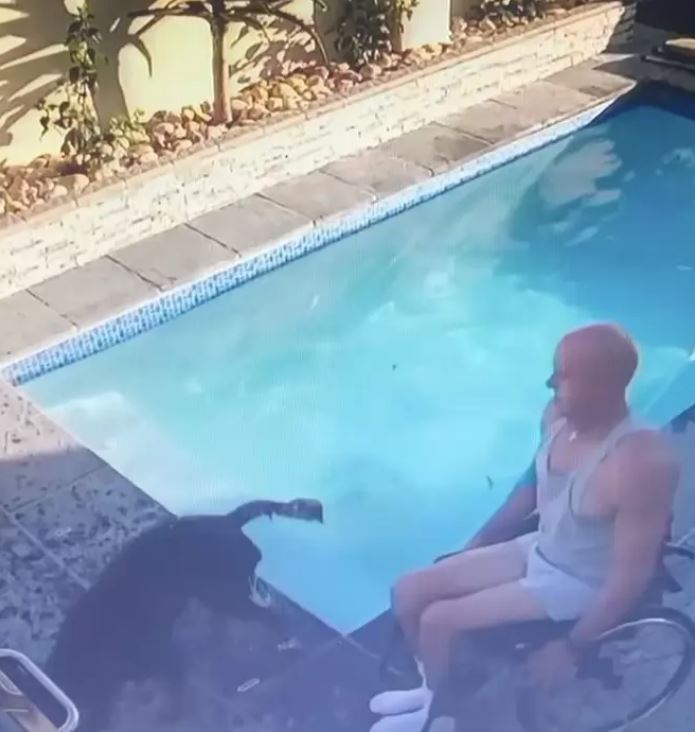 SOURCE:
INSTAGRAM – DARREN THOMAS
Darren sees the humor in it.
Darren, however, found it funny how the video went viral.

“Who would [have] thought a video of me saving my dog who absolutely refuses to learn how to swim would go viral like that … and all with me in my underwear and socks to top it off,” Darren shared.

Watch Darren save his trusting Rottweiler in the video below!
Please SHARE this with your friends and family.