WATCH – Cat Stuck on Colorado Water Tower Has Quite a Bit of Explaining to Do! 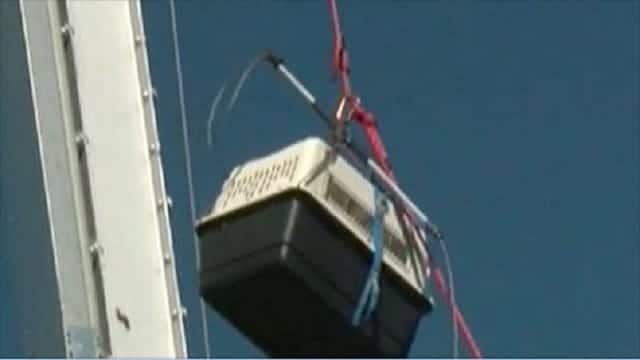 COLORADO – A cat that had been stuck on a water tower in Weld County, Colorado, for four days or more is at the center of a difficult and tricky rescue operation on Wednesday.

Just on Tuesday, K99 News reported that the LaSalle Fire Department apparently didn’t bring a ladder long enough to reach the cat and that they were looking for someone who has the proper equipment to get to the cat.

Denver 7 News, who also reported the story, explained that the first sighting of the feline came on Sunday afternoon.

“We normally give them two or three days to come down by themselves,” LaSalle Police chief Carl Harvey explained to the station. “This cat has tried at least twice to come down, but didn’t make it.”

Since it had been stuck there for quite awhile, officials are said to be quite worried about the cat’s health. Harvey told Denver 7 that two groups offered to rescue the cat for a whopping $2,800 to $4,600 price tag.

“That’s not an option,” Harvey stated.

The station reports that a technical rescue team from Fort Collins ended up agreeing to lend a hand on Wednesday.

“We are still working on solving this issue as we speak,” Bear Hulsey, operations manager for the LaSalle Fire Department, said to PEOPLE in an email Wednesday morning.