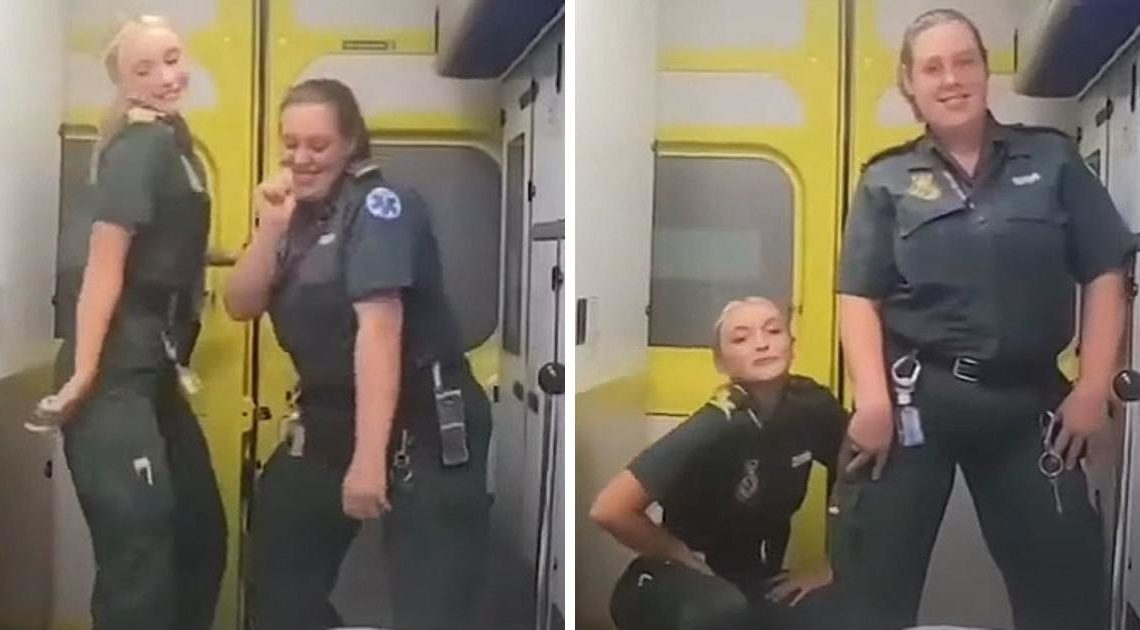 Frontline workers such as police officers, firefighters, doctors and paramedics have been faced with many challenges and hardships while on the job, especially in the past few years. Their jobs are full of stressful and anxiety-inducing tasks and situations, resulting in many of these workers feeling overwhelmed and needing a well-deserved break. Most people would classify these individuals as heroes on a daily basis, but it seems that sentiment has begun to wear off.

While on duty for Yorkshire Ambulance Service in the U.K., two female paramedics decided to record and upload a video of themselves dancing in the back of an ambulance. The video was posted on TikTok on Aug. 14, 2021, and it instantly received attention from people all around the world. It’s important for frontline workers to respond quickly and urgently to dire situations, and many people felt like it would be impossible for these paramedics to do so if they were too busy dancing in the back of an ambulance.

Although the paramedics stated that they were on a break, many people were furious with their actions and slammed them for being so unprofessional. As the video has continued to go viral, several TikTok users have flooded the comments section with their opinions on the paramedics’ actions. While many people have chimed in that these two paramedics deserved to have some fun while on their break, others were concerned about their lack of work ethic and criticized them for not being completely dedicated to their demanding job. Read on to take a closer look at this situation and find out what their place of work had to say about the viral video. 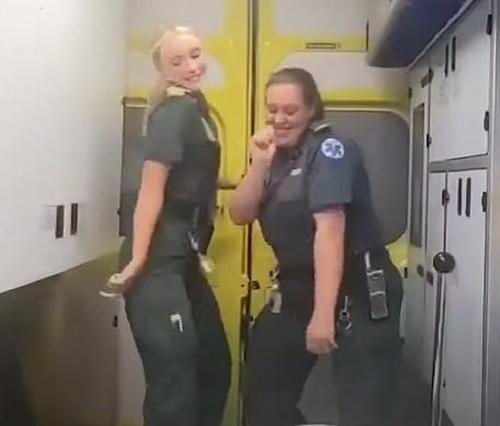 The Sun reported that the two female paramedics in the now-viral TikTok are Rhianna Higgins, 25, and one of her crewmates from the Yorkshire Ambulance Service. During a break, they decided to dance along to a remix of “Baby” by Justin Bieber and uploaded the video to social media. According to The Sun, this isn’t the first time Higgins has posted a video of herself dancing while on the job. In the past 18 months of working for the Yorkshire Ambulance Service, Higgins has uploaded a handful of videos of herself dancing in what appears to be ambulance buildings.

What started as a lighthearted moment of fun quickly became an outpouring of criticism against the two frontline workers. Several people slammed the women for being unprofessional while on duty and expressed their disappointment in them. “Should be saving lives but making TikTok is priority,” one user commented. Another even reported the video to the NHS.

However, others have chimed in with words of praise and encouragement. One user wrote, “8 minutes to get my dad and save his life 8 times over. Massive respect to ambulance services!” Another defended the paramedics’ actions and commented, “They’re on a break, can’t fault them.”

A Yorkshire Ambulance spokesman spoke about the ongoing situation. “We are aware of the video which was filmed during a rest break,” the spokesperson said. “We are taking the opportunity to remind colleagues about acting professionally at all times when representing the Trust. We remain very proud of the amazing job our staff do to care for patients, often in challenging circumstances.”

What do you think about this TikTok uploaded by a pair of paramedics? Do you think they were right or wrong to film it while at work? Let us know, and be sure to pass this on to your loved ones, too.