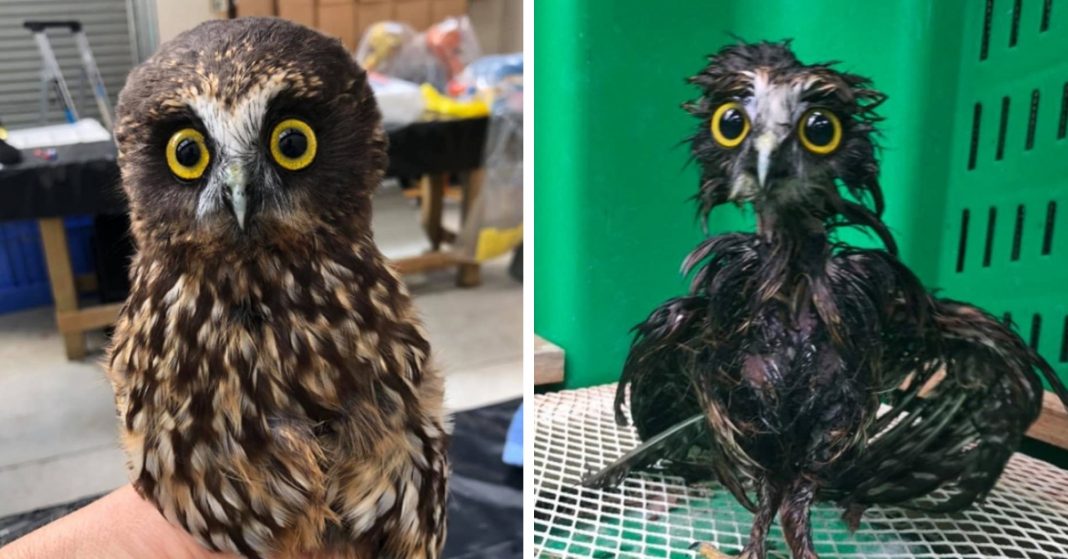 A tiny Tasmanian spotted owl, also known as the morepork, found his way to the Massey Wildbase – animal hospital in New Zealand, after he got rescued. The little bird which is only a few weeks old, was found sick and alone in the Wellington region, earlier this year. 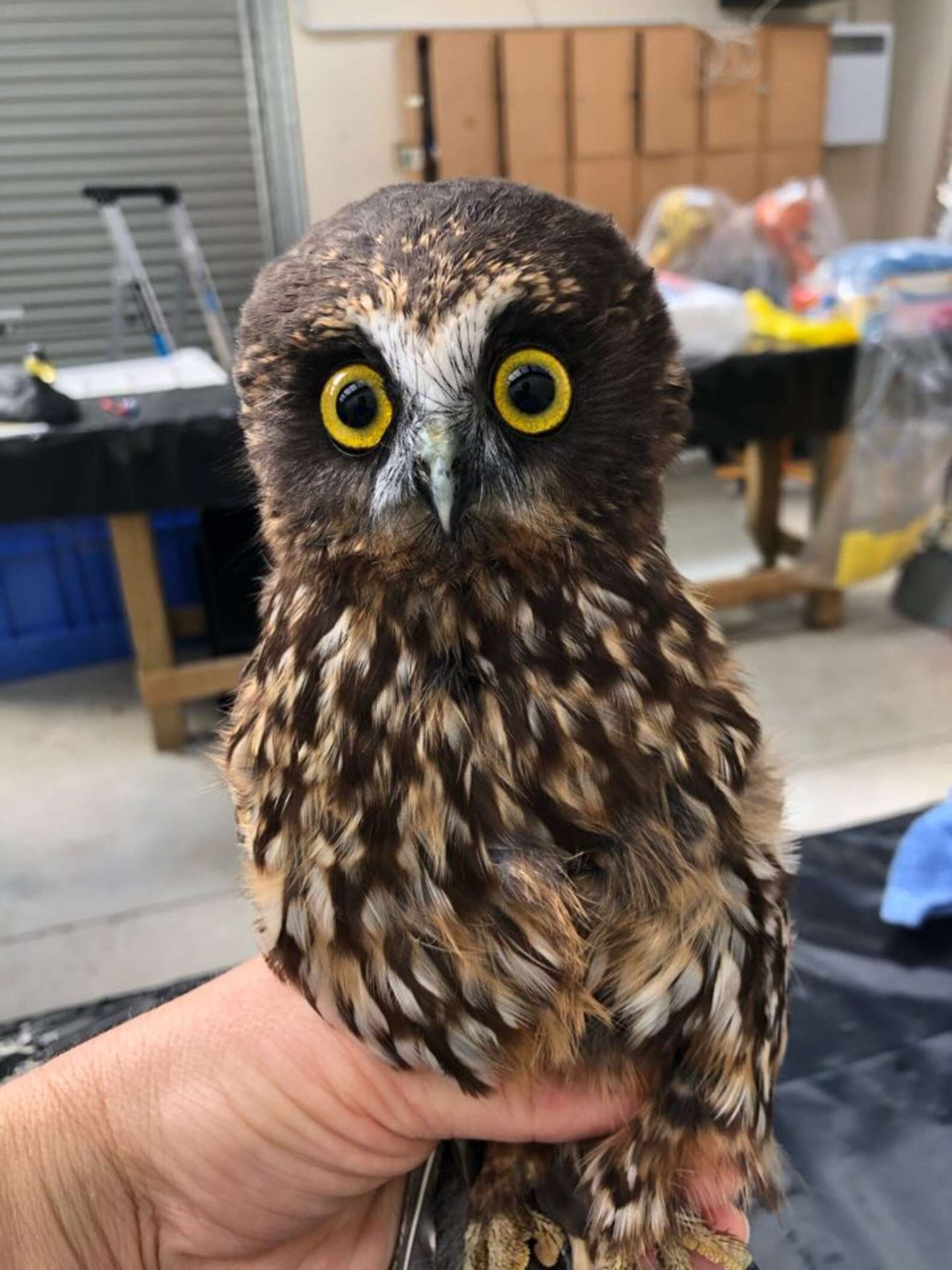 After receiving medical care at the Wellington Zoo for an injured leg, the tiny owl, named Purple, was taken to the Massey Wildbase to receive treatment for a skin infection. Thankfully for the little patient, his skin problem was pretty easy to treat, but that came with a cost though – a warm bath. Although a bath always sounds so relaxing, for owls it nothing like it. In fact there’s nothing owls hate more than getting their plumage wet. 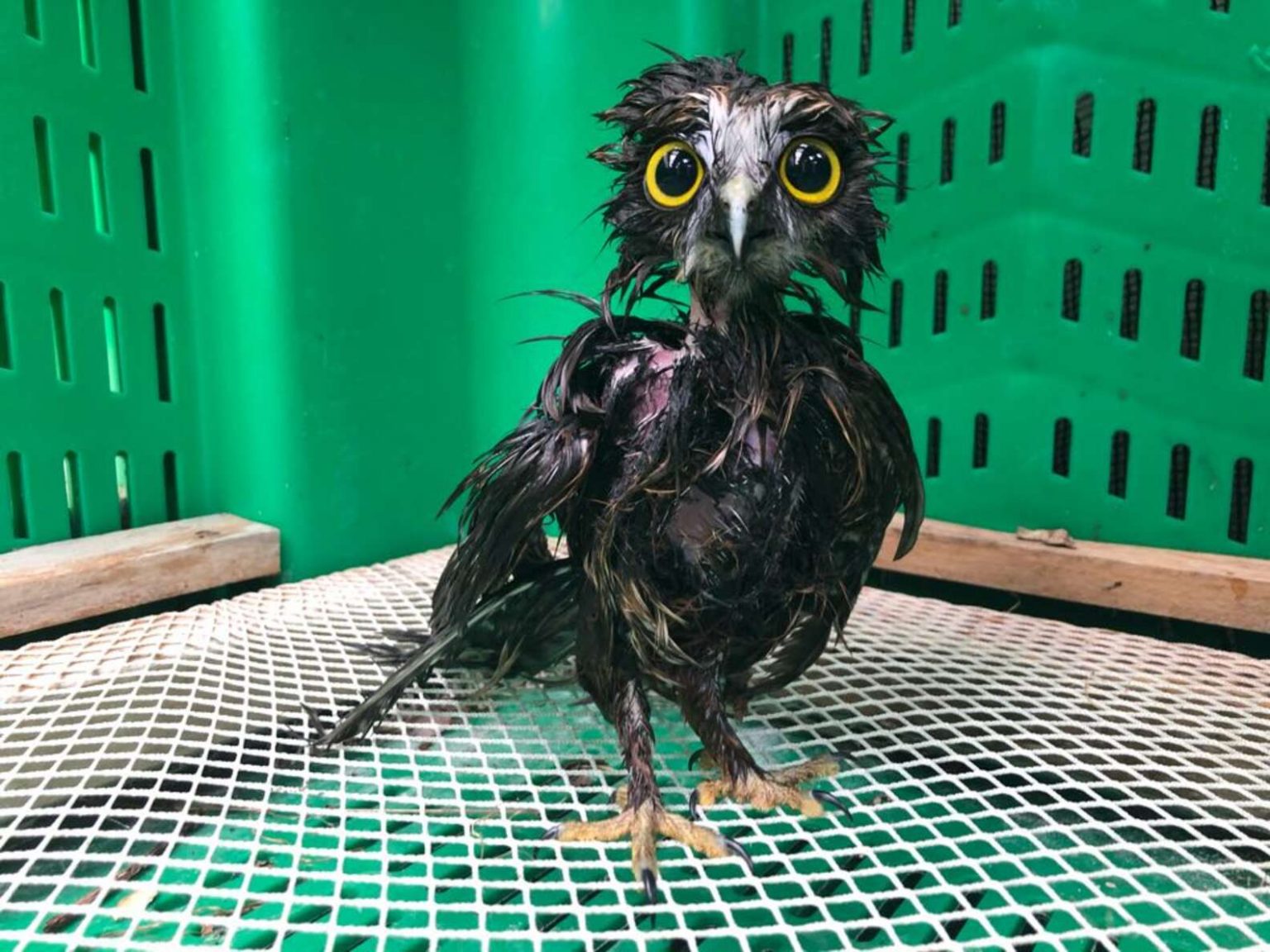 It this particularly situation though, Purple opinion didn’t count, so eventually he got the medical bath meant to treat his skin problem and the snaps taken during the process shows just how cute an owl is after taking a bath. Naturally, the little Purple wasn’t too happy about it! 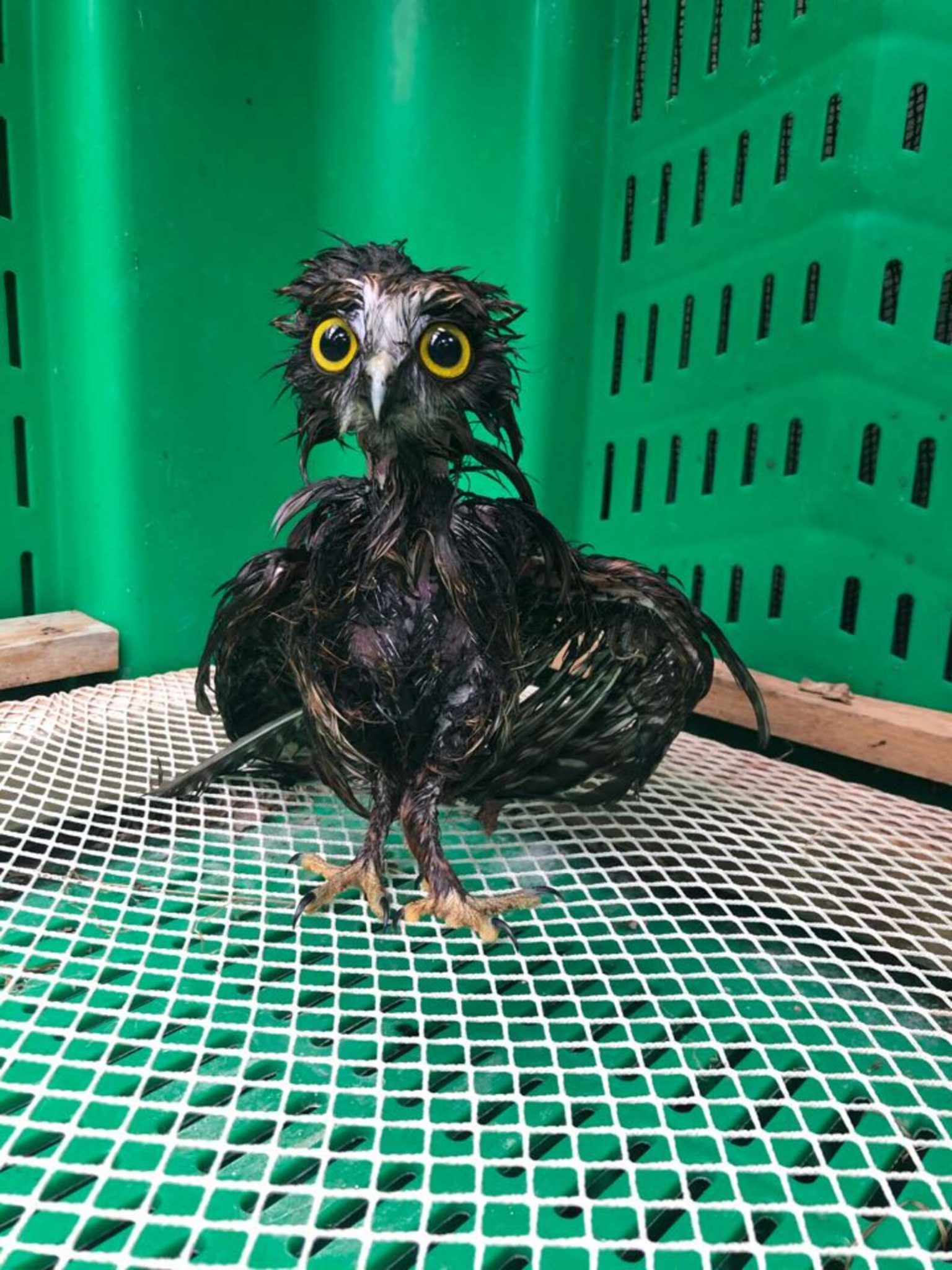 “He was NOT pleased, “Pauline Nijman, a supervisor at Wildbase told THE DODO. “It was a big deal for both of us. [Though] once all the fluff is wet, they look frightfully pathetic!” 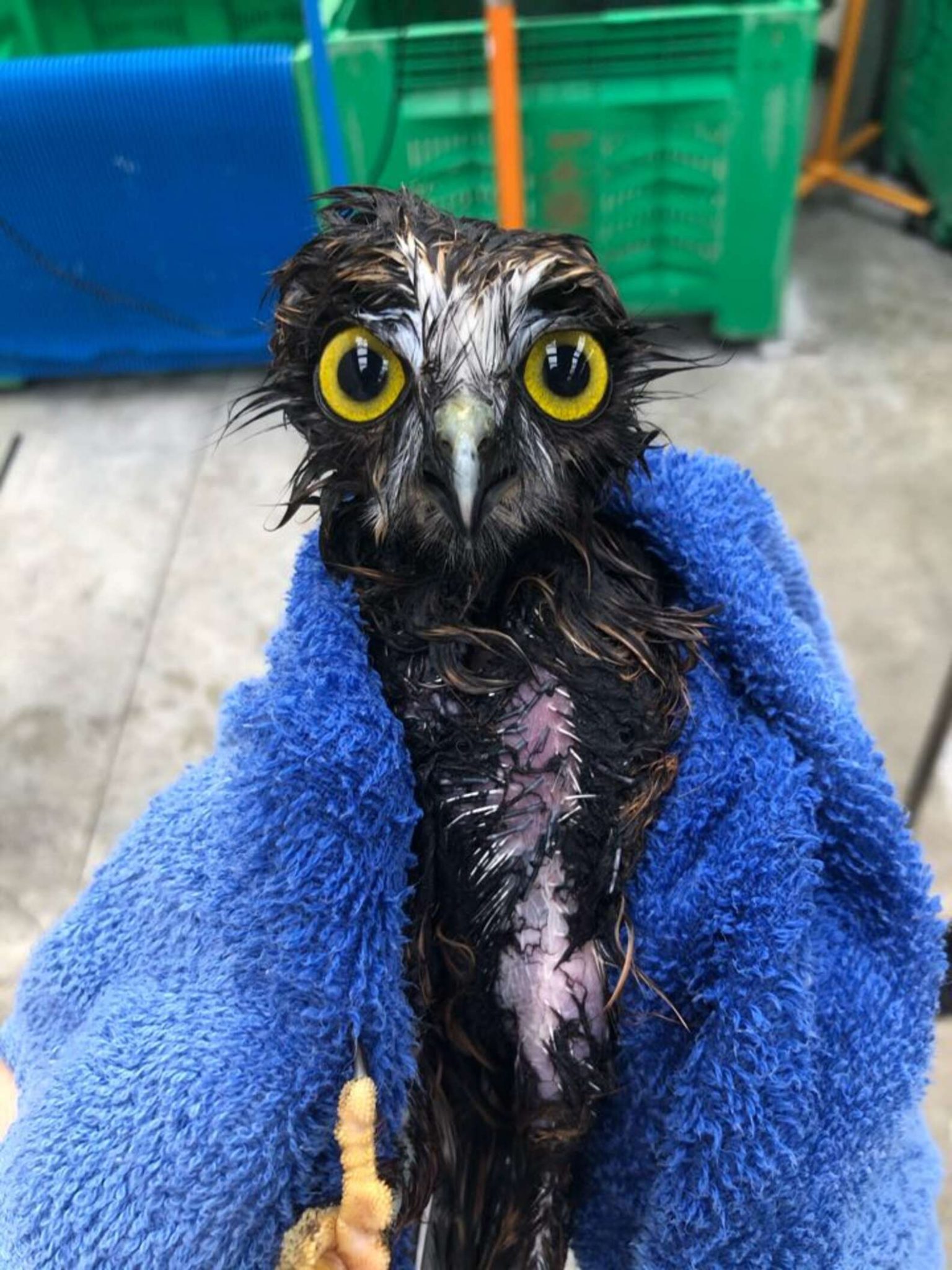 However, soon after Pauline started to dry him with the air blower, Purple looked fluffy again. “He did dry up rather nicely!” Nijman said. 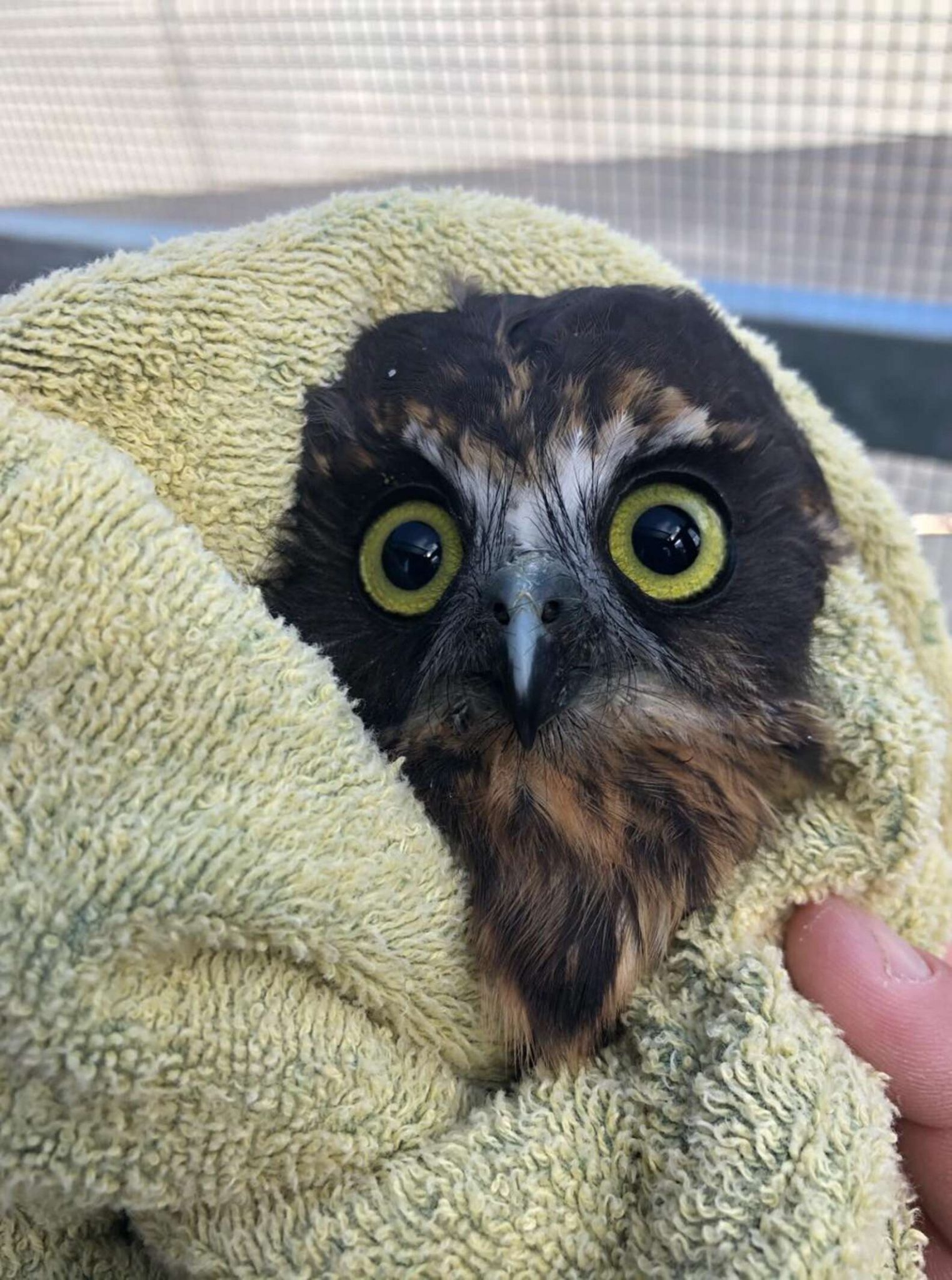 The cute little owl will stay a few weeks more at the clinic, until he will be ready to get back in the wild. “They need care to make sure they can fly and survive in the wild,” Nijman also said. “They also need to prove they can hunt.”