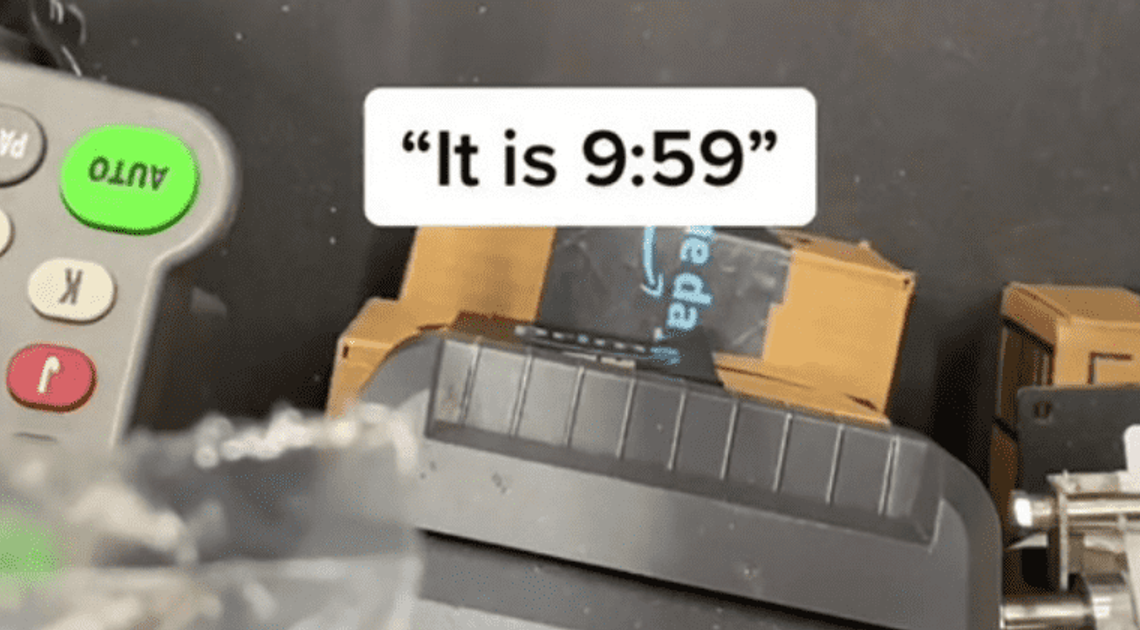 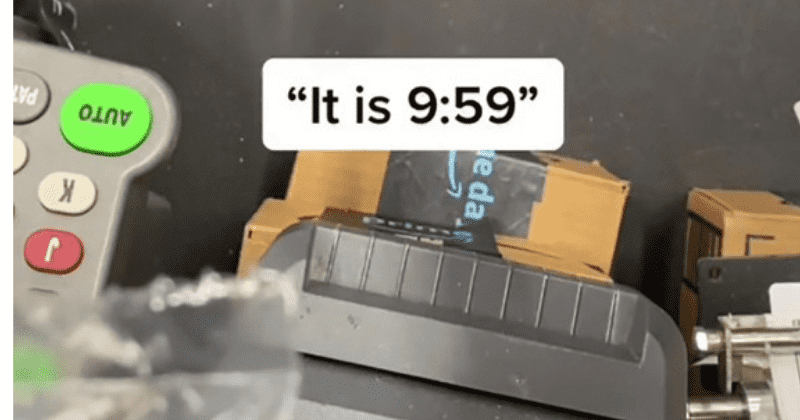 A video on TikTok is going viral for showing workers at the Amazon warehouse being warned for getting off work one minute ( yes, just 60 seconds) before the scheduled time. A voice that sounds like an intercom can be heard yelling at the employees for leaving a minute earlier for their break.

The alleged Amazon worker, who goes by @amazonassociatef1 on the platform, posted the video on TikTok. In the clip, a person is seen packing an ordered item when suddenly a voice starts yelling that “it’s 9:59” and not 10 o’clock yet, so workers do not have the right to leave their working area if they don’t want to get “TOT.” 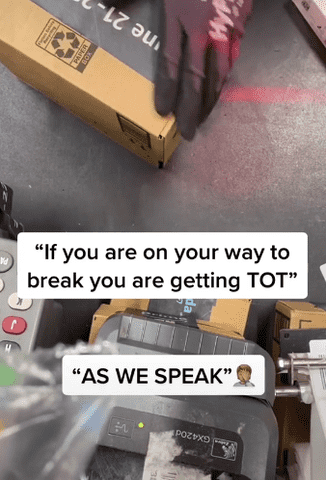 “If you are on your way to break you are getting TOT as we speak,” they add indicating that every minute taken of work will not be compensated but treated as a break. So, those who stopped working at 9:59 won’t get paid for that one minute.  TOT,  which according to Daily Dot means that Amazon will consider that ‘one minute’ as a break and choose not to compensate you for it. 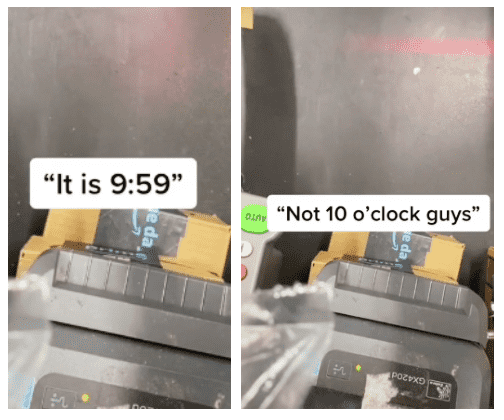 The video sparked a LOT of reactions from people, most of whom were concerned that the workers were treated too harshly. Some even suggested that workers should start a union to stop this unacceptable behavior with employees. Other TikTok users likened the situation to a school when kids could be only dismissed by a teacher. Many felt that the whole thing is an unnecessary power trip and checking on employees just for “one minute” is too harsh.

Shockingly, some people were defending Amazon as well. One person said sarcastically, “How dare they expect their employees to work while on the clock!” Another TikToker responded, “Imagine defending Amazon.” One person wrote, “Hey! We moved sweatshops to the US… good on you Bezos. Putting America first. Another person simply said, “Y’all need a union.” 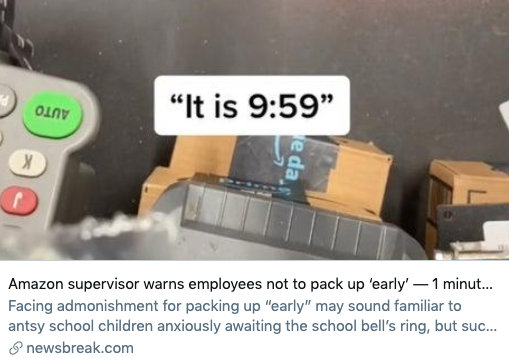 Amazon spokesperson Maria Boschetti responded to the Daily Dot, saying that the company “take(s) these matters seriously and are actively investigating the incident. This does not reflect the high standards we have for our management team. “ According to Bored Panda, @amazonassociatef1’s TikTok account has shared a lot of other videos that allow viewers to get a deeper understanding of what kind of working conditions are like in this warehouse.

Working conditions at Amazon have been an issue of concern across the years. In March 2020, Chris Smalls, a former Amazon warehouse assistant manager, was fired for organizing a walkout to protest the poor working conditions that made workers susceptible to coronavirus, reported CBS News.

Smalls said that workers “are tracked down to the second” and added that workers found it hard to even use the bathroom. Warehouse bathrooms are often a 5-10-minute walk from a worker’s station. This obviously makes it difficult for these employees to use the restroom in a 15-minute break. Managers would even write them up if they extended their break time, eventually leading to them being fired, Smalls said.