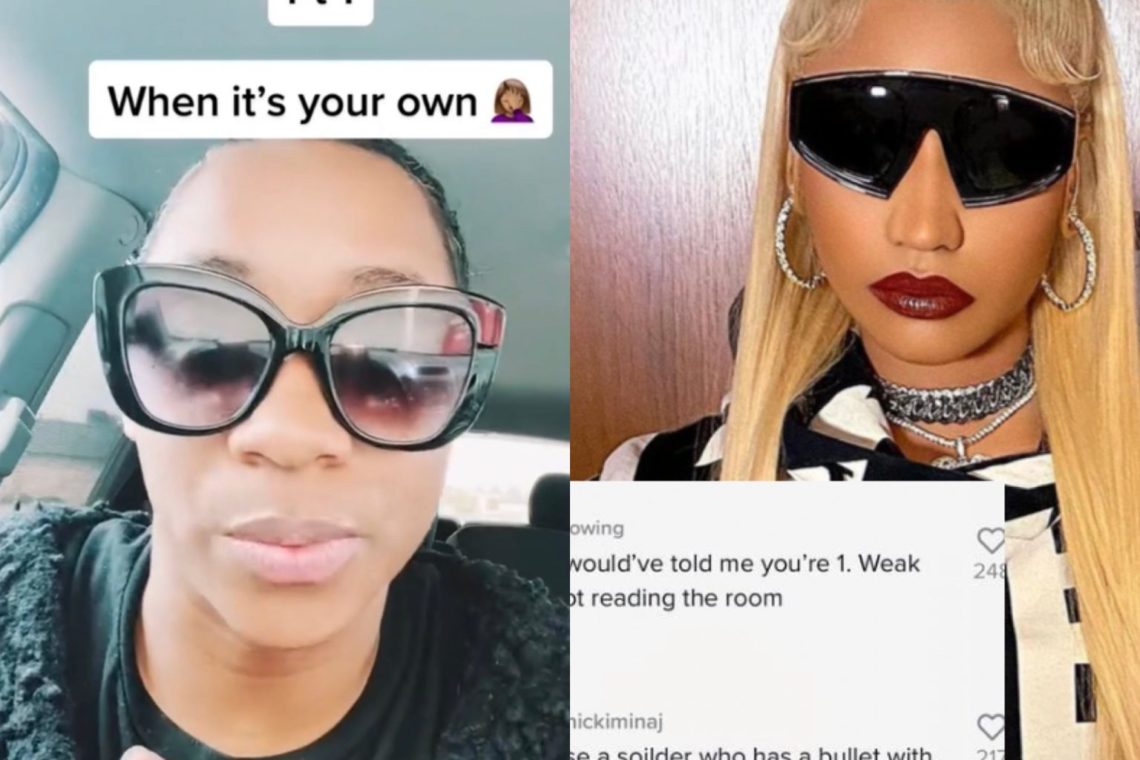 A Tiktoker recently went viral after sharing a storytime about a ‘passive-aggressive’ interview experience she had when she applied to be a University Professor at a school she declined to name.

In her video, Mental Health Expert Cristin said her interview was 4 hours long and she made it to the third round but things started to go left when she was interviewed by a black woman.

@cristincan Story time: I’ve heard from some friends that this happens a lot in higher education. Has it happened to you? I was rooting for them🤮🤮🤮 #storytime #blacktiktoks #jobtips #tips #blacktiktokcommunity #fyp #foryou ♬ original sound – cristincan

Cristin, followed up her storytime with a part 2 sharing that she had the opportunity to speak with the Chairman and he agreed that people can be passive-aggressive in his office but he would not describe the environment as ‘hostile’.

@cristincan The strength to speak up for yourself ! Journal, talk it out, and do whatever helps you sleep with peace at night #boundaries #testimony #fasting #foryou #talktome ♬ MOMENTS IN LIFE – Turreekk

Nicki Minaj, also commented on Cristin’s video with an interesting perspective. She called Cristin, weak, childish and accuses her of not ‘reading the room’.

If you are familiar with Nicki on TikTok she is often pretty direct, and she seemed to have an issue with Cristin saying that she felt a spirit of jealousy at the University.

I WOULD NOT HIRE YOU EITHER. IMAGINE ACING THE INTERVIEW THEN SAYING” I DON’T WORK IN ENVIRONMENTS WHERE THERE’S JEALOUSY” ECT. 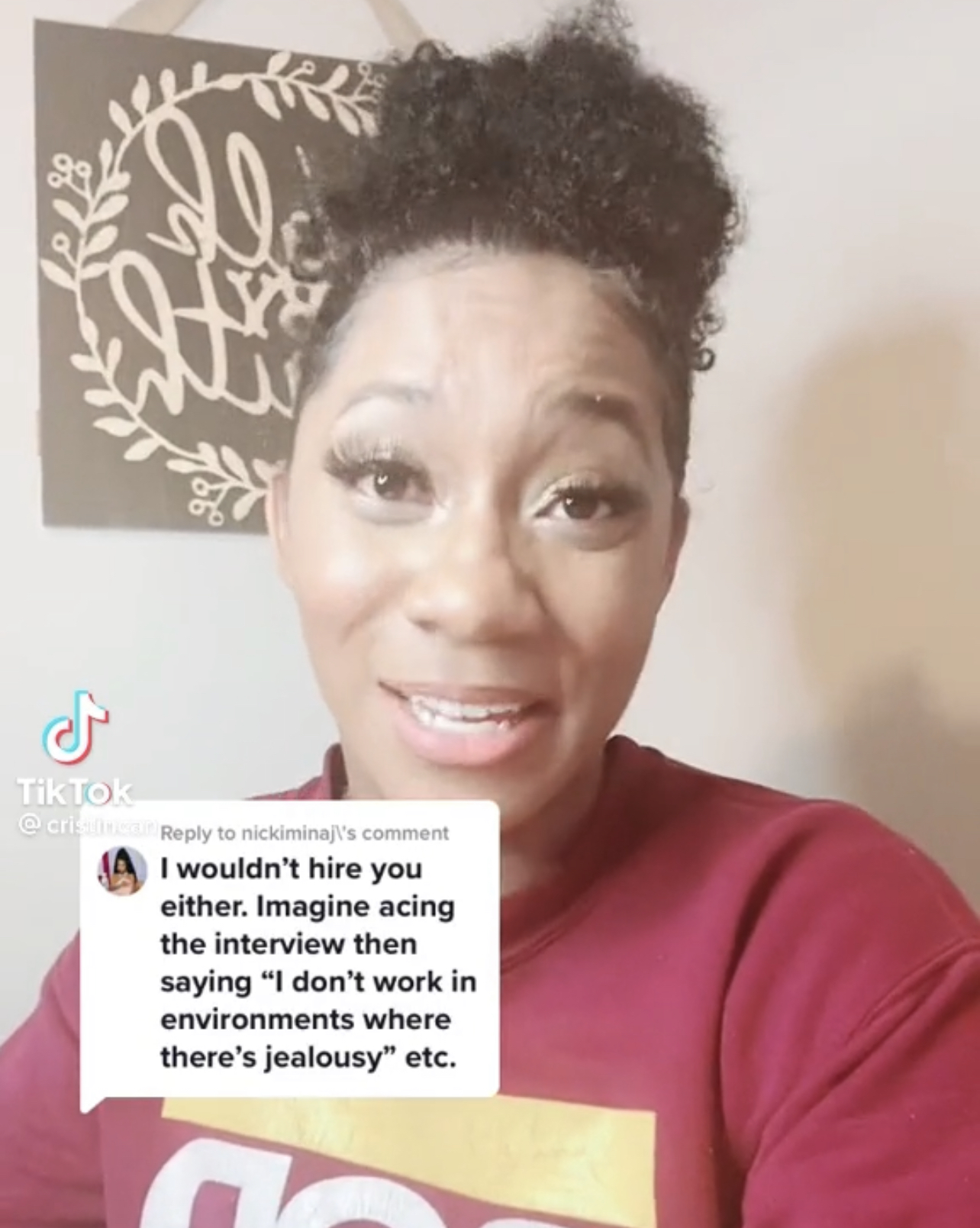 Commenters are now wondering why this rubbed Nicki the wrong way:

WHY IS SHE GOING SO HARD IN YOUR COMMENTS. YOU WEREN’T WRONG THAT MAN SAID THAT’S “HOW THEY ARE” AS IF ITS ACCEPTABLE. IT’S NOT IT’S A SHAME ON HOW

I THINK NICKI EMBODIES THAT TYPE SO NATURALLY SHE DISAGREES

EMPLOYERS FORGET THEY TOO ARE BEING INTERVIEWED BY THE INTERVIEWEE AS WELL. WE NEED TO VALUE OURSELVES AND DECIDE IF THEY ARE A GOOD FIT FOR US!❤️❤️

We think Nicki’s response to this scenario is based on the industry she is in and the natural ‘desperation’ people have when trying to make it in the cutthroat music industry.

We agree with Cristin that if a job doesn’t feel right from the start, it is absolutely ok to walk away because your mental health is always a top priority.

What do you think, do you agree with Nicki’s perspective, or do you think Cristin is right for thinking about declining the position if she receives it.

Watch the entire thing below: