Tiffany Haddish Says Will Smith Stood ‘Up for His Wife’ at Oscars: ‘Most Beautiful Thing I’ve Seen’ 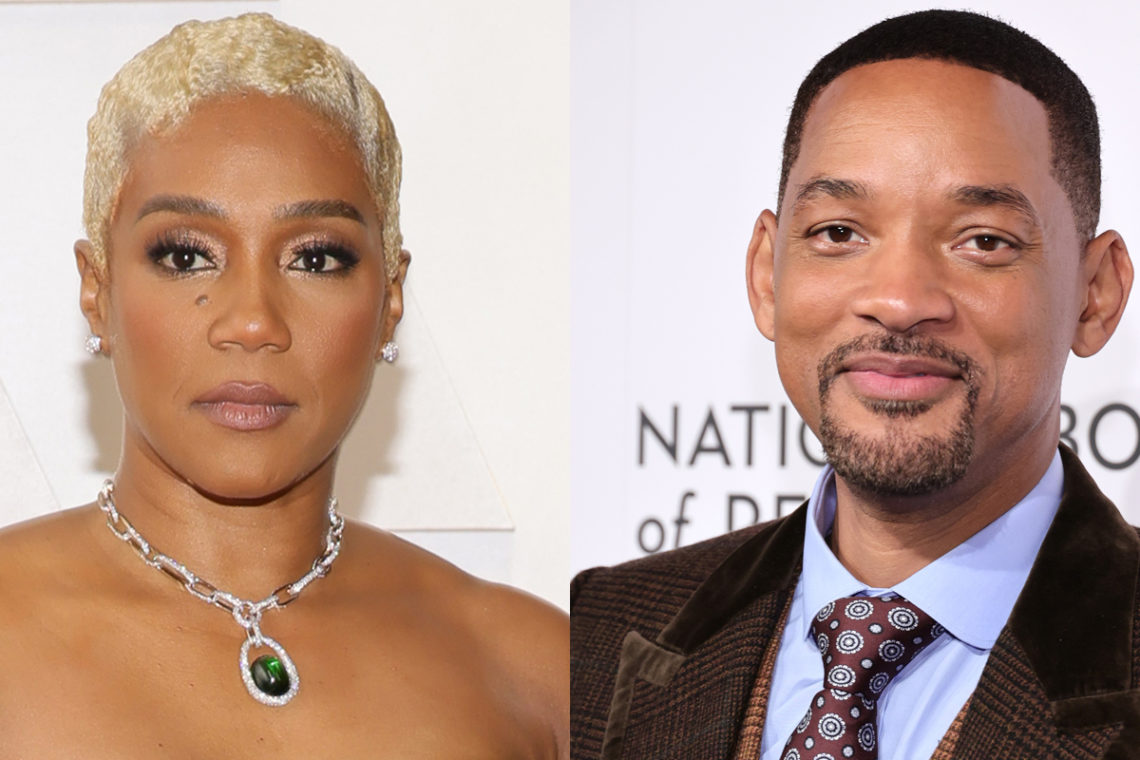 “That meant the world to me. And maybe the world might not like how it went down, but for me, it was the most beautiful thing I’ve ever seen,” Tiffany Haddish said of Will Smith smacking Chris Rock 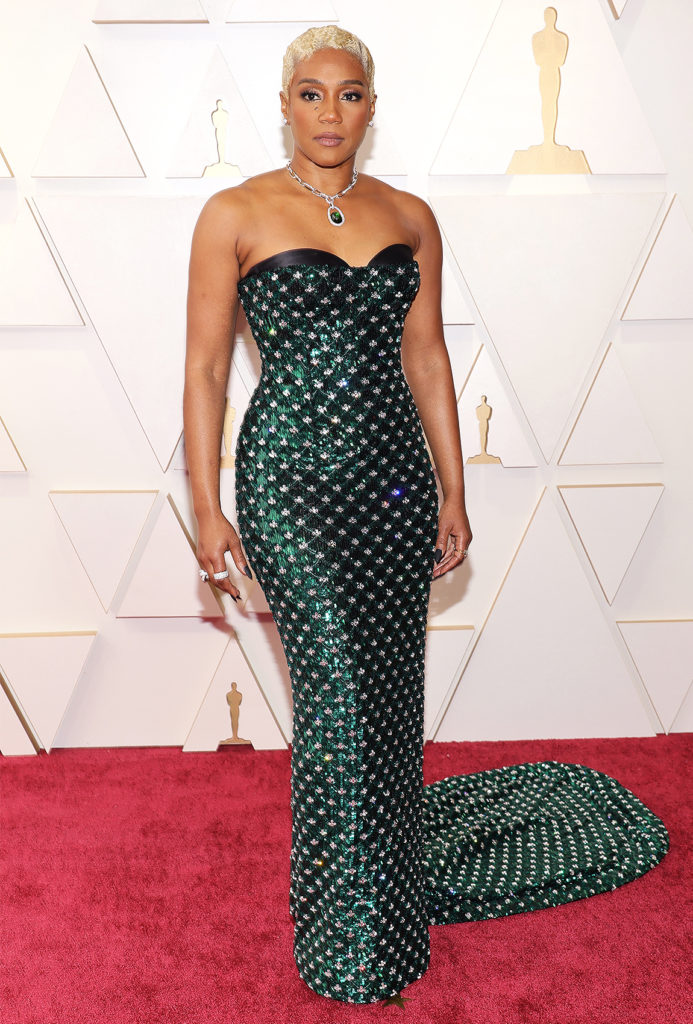 CREDIT: MIKE COPPOLA/GETTY
Tiffany Haddish is sharing her thoughts on Will Smith smacking Chris Rock at the 94th Academy Awards, explaining why she found the controversial moment “beautiful.”

“When I saw a Black man stand up for his wife. That meant so much to me,” Haddish, 42, told PEOPLE at the Governors Ball following the ceremony. During the show, Smith, 53, walked on stage and hit Rock, 57, after Rock made a joke about his wife Jada Pinkett Smith’s hair.

Haddish, who starred in 2017’s Girls Trip with Jada, continued, “As a woman, who has been unprotected, for someone to say, ‘Keep my wife’s name out your mouth, leave my wife alone,’ that’s what your husband is supposed to do, right? Protect you.”

“And that meant the world to me. And maybe the world might not like how it went down, but for me, it was the most beautiful thing I’ve ever seen because it made me believe that there are still men out there that love and care about their women, their wives.” 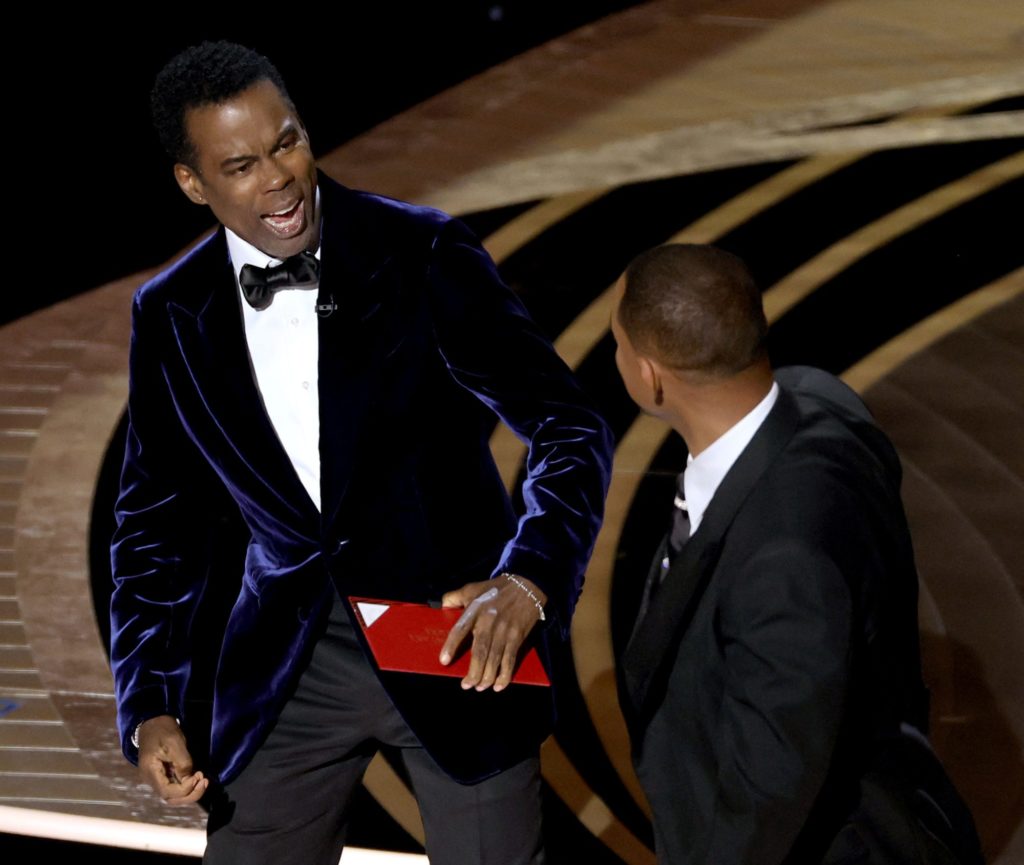 Haddish then asked, “Would you do that for your wife? Would you say, ‘Keep my wife’s name out your mother f—ing…’ Like, yes! Yes!”

The comedian and actress went on to note that Rock is “a friend” of Will and Jada, and questioned, “Why would you do that? He didn’t even run the joke by her, but she was hurt though.”

She later said that “Will is fine.”

The incident occurred after Rock, who was introducing the award for Best Documentary, joked to Will’s wife in the audience, “Jada, I love ya. G.I. Jane 2, can’t wait to see ya.”

Jada has been open about her hair loss amid her battle with autoimmune disorder alopecia.

Will laughed from his seat during Rock’s joke, while Jada pulled an unimpressed expression. Will, who later won Best Actor at the ceremony, then took the stage and smacked Rock across the face.

“Oh wow,” said a seemingly taken-aback Rock as Smith made his way back to his seat. “Will Smith just smacked the s— out of me.”

Never miss a story — sign up for PEOPLE’s free daily newsletter to stay up-to-date on the best of what PEOPLE has to offer, from juicy celebrity news to compelling human interest stories.

“Keep my wife’s name out your f—ing mouth!” Will yelled up to the stage at Rock after taking his seat again.

“Wow, dude, it was a G.I. Jane joke,” said Rock — to which Will replied once again, “Keep my wife’s name out your f—ing mouth!”

“I’m going to, okay?” Rock replied, before going on to say, “That was the … greatest night in the history of television” and presenting the award.