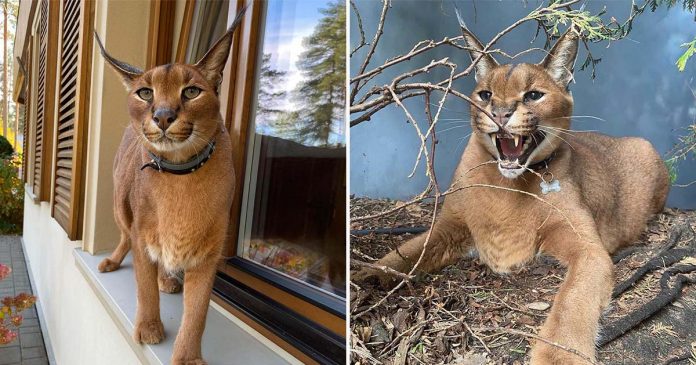 This large cat lives in Latvia with Deniss Jegorovs, 18, and other relatives, and it should be emphasized that caracals are allowed as pets in this country.

The adoring wild cat does not like to be left alone. 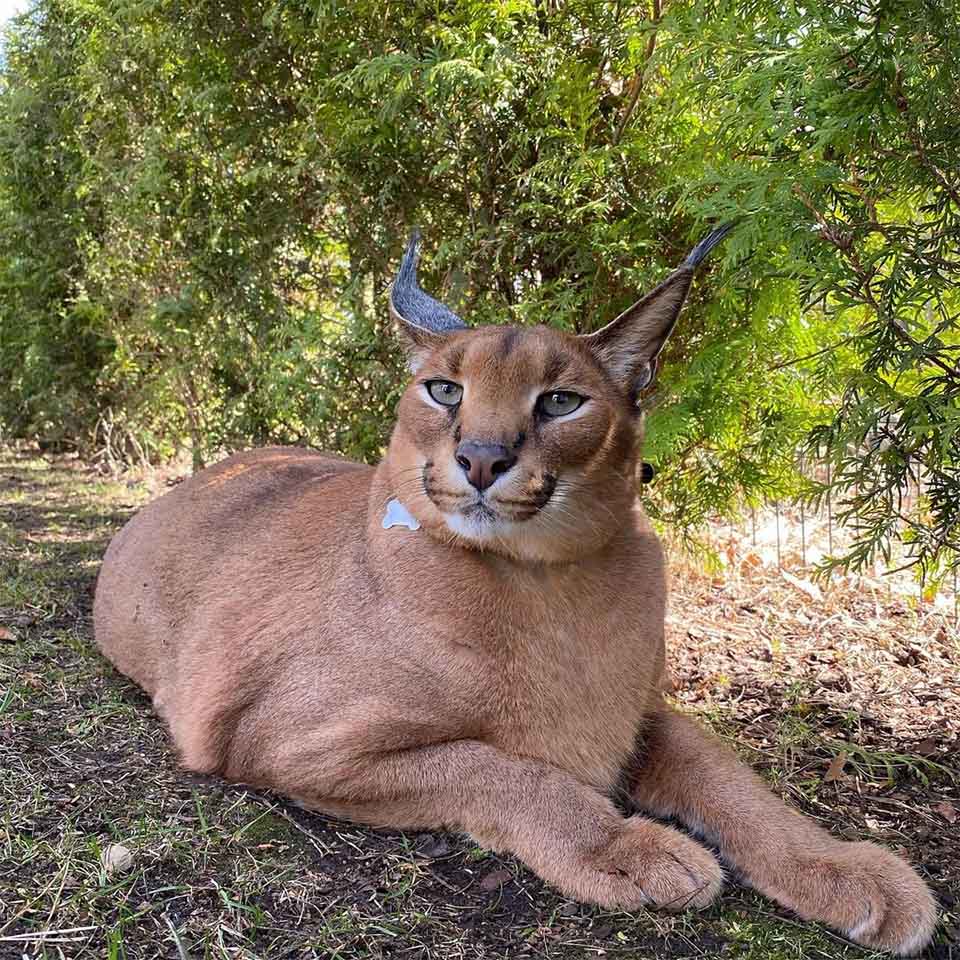 Despite his wild instincts, huge appetite and tendency to want to run away, Pumbaa has grown into an affectionate cat who does not like to be alone.

Deniss said, according to METRO :

“Pumbaa hates being alone, so he usually follows us during the day. He likes to sit next to us and watch television at night.

Generally, Pumbaa eats three times a day and likes to spend time with the other two cats in the house, a Maine Coon and a British Shorthair. His family admits that Pumbaa hisses at them many times for some reason, but he likes to rub his feet and sleep on them.

In addition, it is a very friendly animal as long as it is not being disturbed, however, it makes it clear that it always wants to be accompanied.

“He doesn’t like being alone; in fact, when he’s lonely, he yells.”

Almost every day, Pumbaa observes his family’s activities and has become a member of the family. 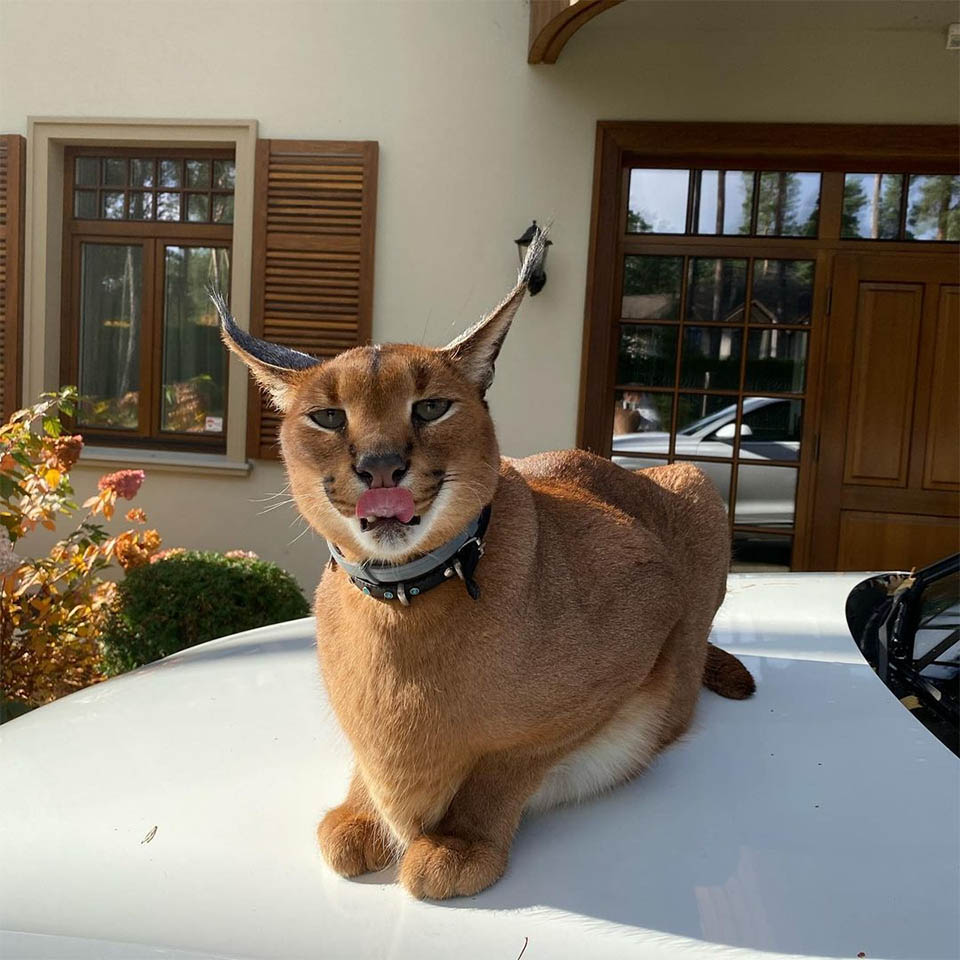 Pumbaa is more intelligent than a normal cat, so his gestures and signs of love are more sincere than those of another feline. Without a doubt, having a big cat as a pet attracts a lot of people’s attention and when they take it out for a walk they are surprised.

Sometimes people get excited when they see it for the first time, but many people are afraid of it and even ask if it is dangerous. 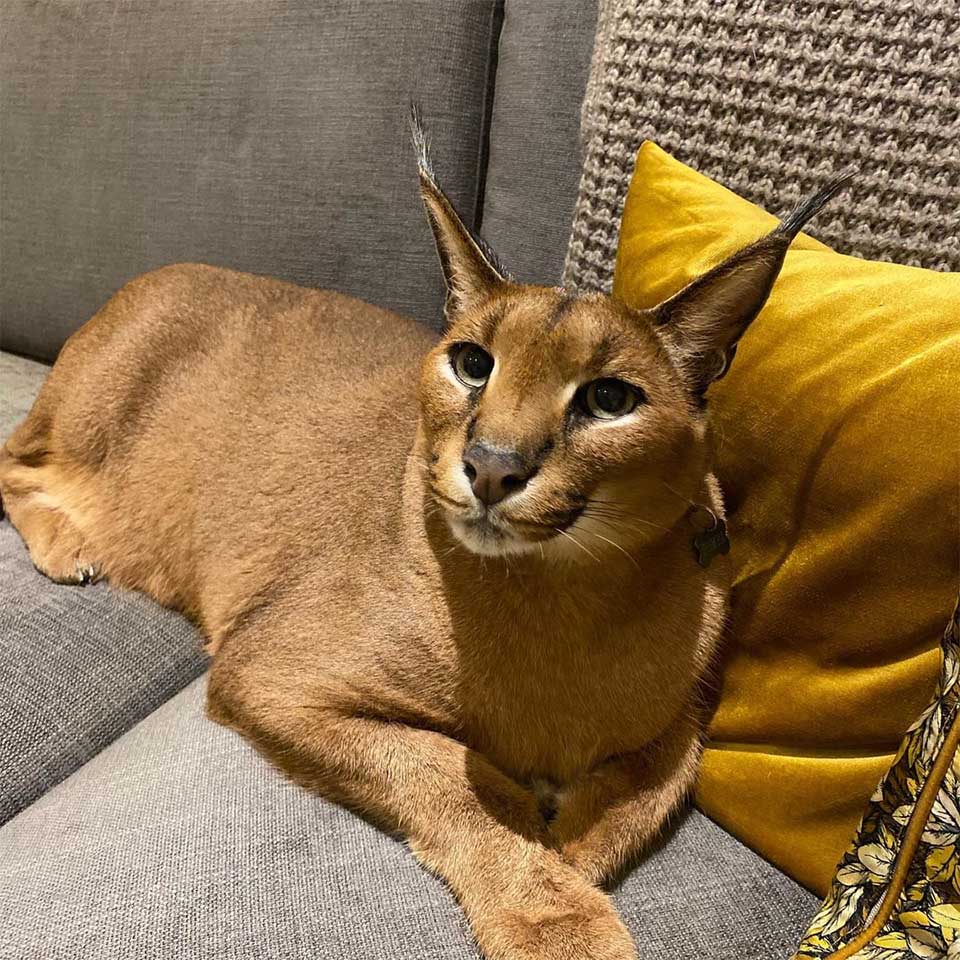 Caring for a huge cat, on the other hand, comes with its own set of challenges, as its feral tendencies frequently manifest themselves in a number of scenarios. Whenever Pumbaa wakes up with his family, he immediately begins begging for food to satisfy his voracious appetite. 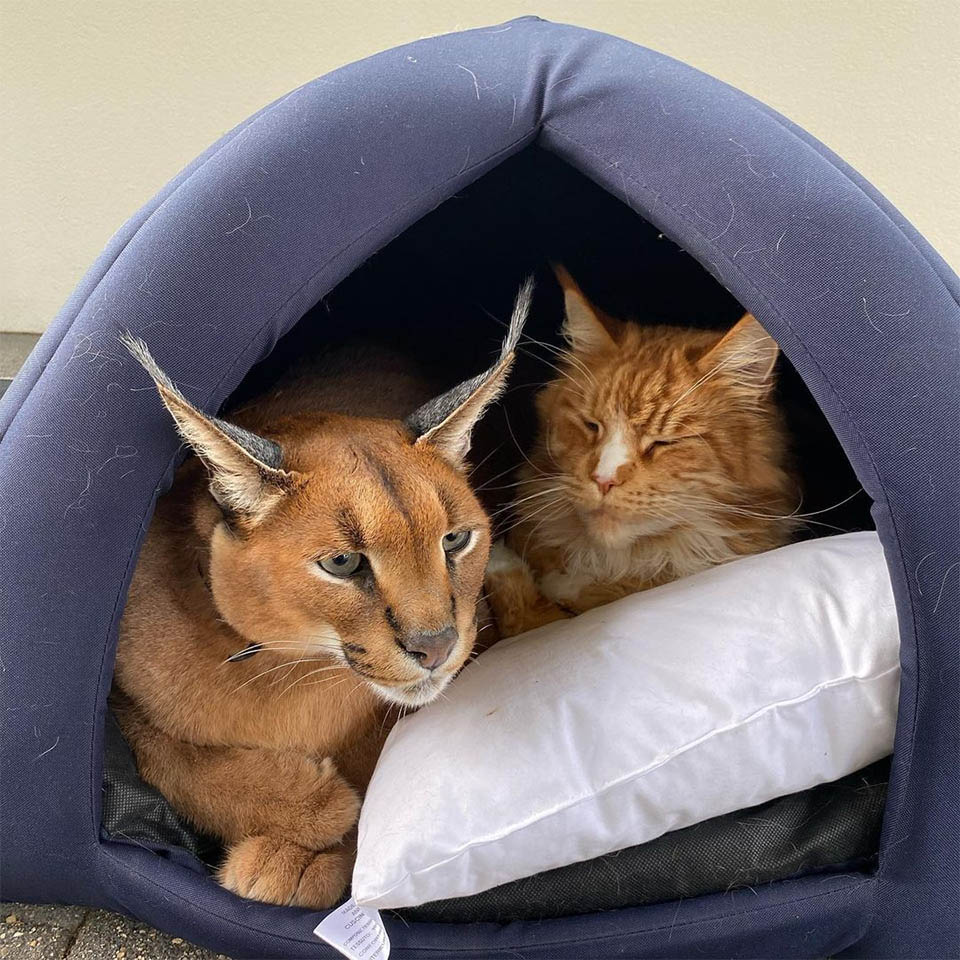 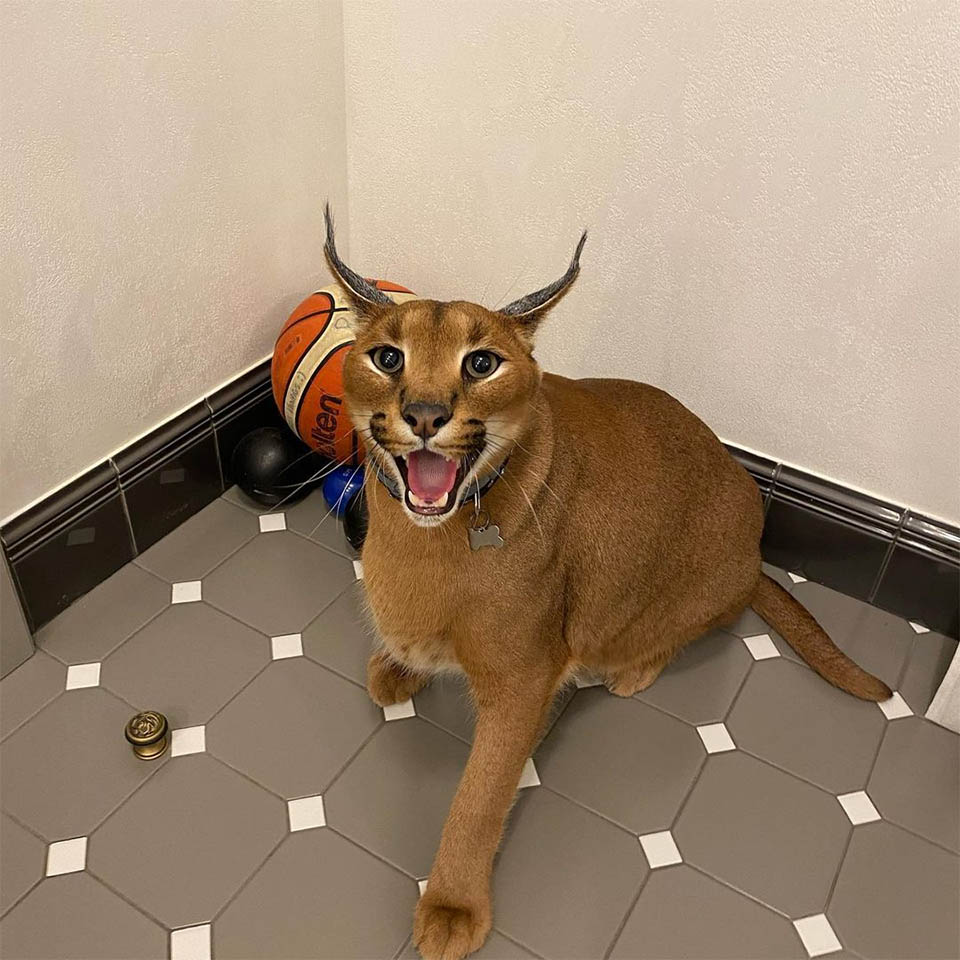 He generally lives outside in the summer, but the fall is extremely cold, so he stays at home until mid-spring. 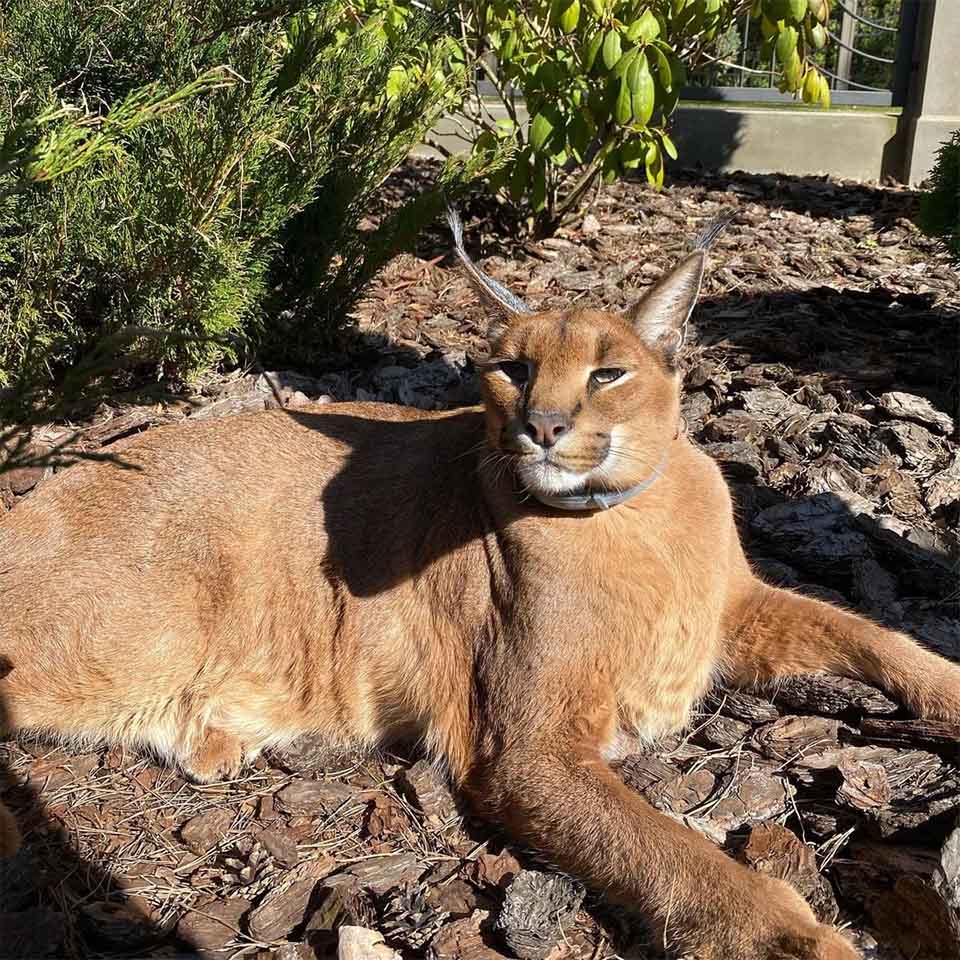 Sometimes he usually escapes without giving further notice and the main challenge for his family is to prevent him from leaving their territory. It happened in the past and because he did not know the area, he could not find his way back and his family searched for him for several days.

Fortunately they managed to find it, but there are other dangers in nature that might directly affect the feline, such as the frozen lake in winter. 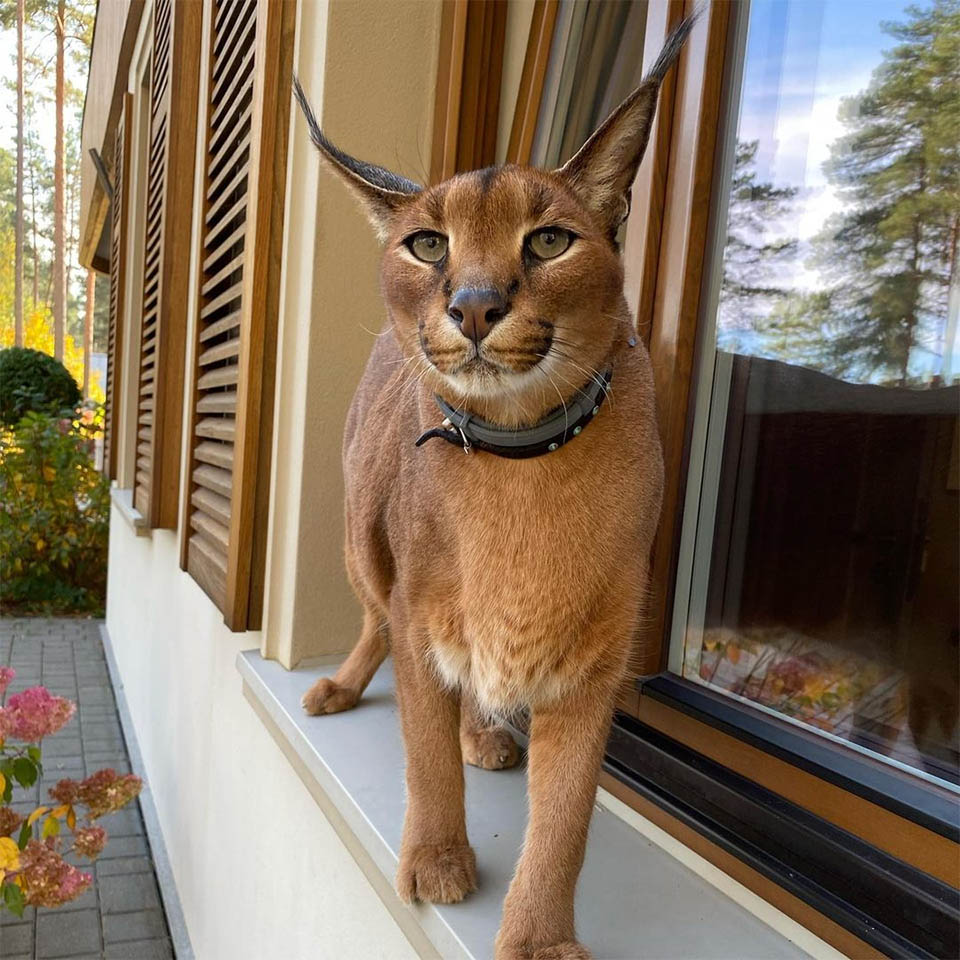 Despite all his difficulties in caring for him, the most important thing is that his family truly loves him without any conditions.