This Deadly Viper Has Longest Fangs of Any Venomous Snake 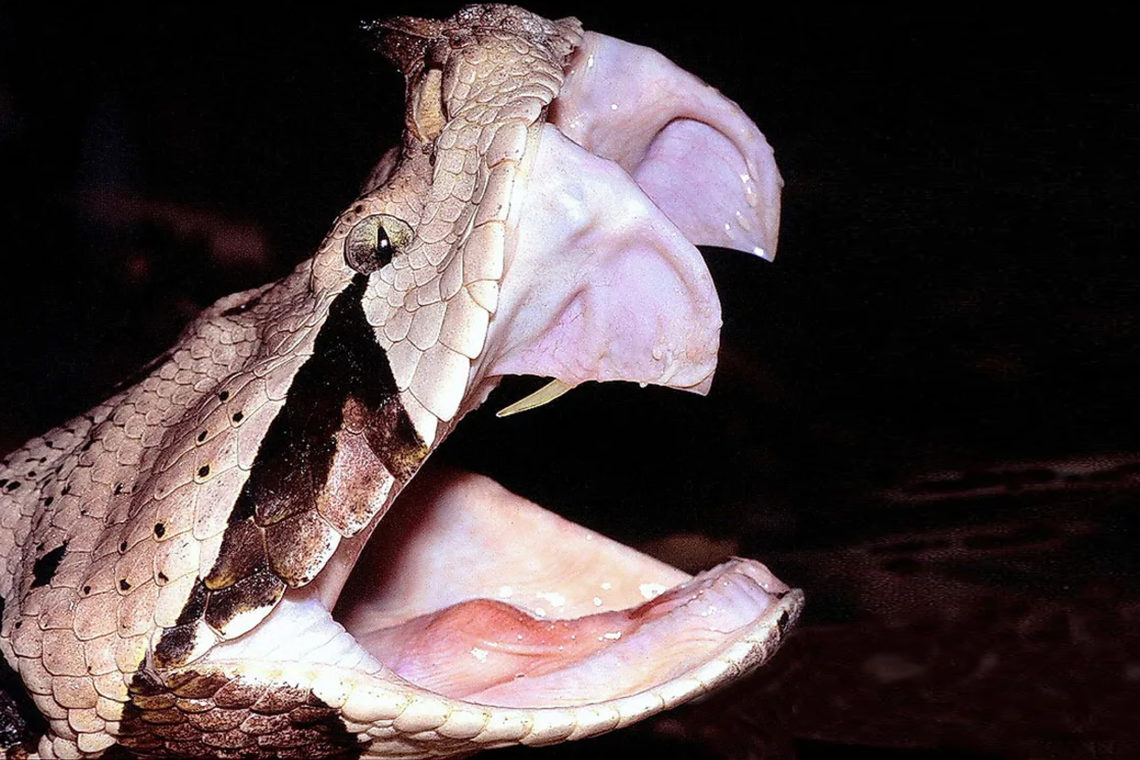 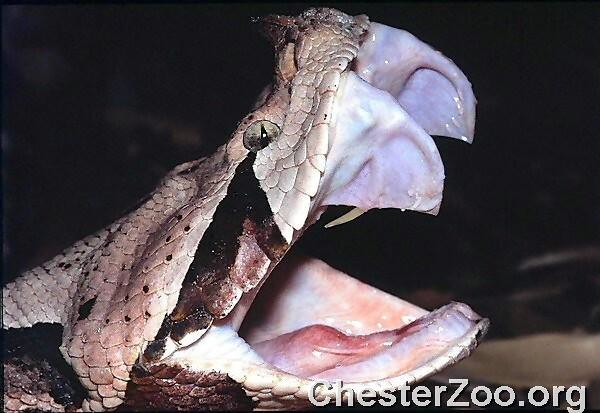 Found in the rainforest and savannah of sub-Saharan Africa, the Gaboon viper is one of the world’s largest and heaviest vipers. If that’s not enough to set off alarm bells, they also have the longest fangs of any venomous snakes, coming in at two inches or longer.

When you pair these long fangs with the highest venom yield (the amount of venom held in their venom glands at one time) of all venomous snakes, it makes for a deadly match.. Fortunately, these vipers are known to be extremely lazy and do not typically strike when approached by humans. However, humans have been bitten when they’re unlucky enough to step on one. 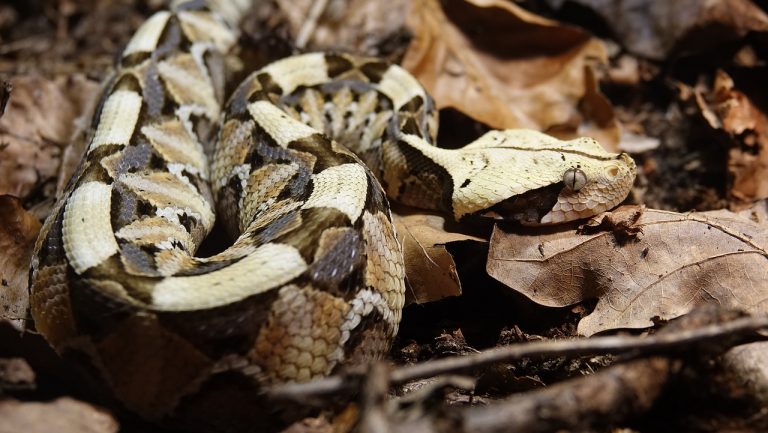 While the Gaboon viper has striking coloring, it easily camouflages itself in leaves and debris as it waits for prey to pass by. This famously nocturnal predator lies in wait and strikes quickly and bites it prey, holding the prey until it does. The viper when eats the animal whole, starting with the head.

And what do they attack with all that power? Their diet is largely made up of rodents, birds, frogs, and lizards. However, they have been known to go after larger prey, such as mongooses and hares.

Gaboon vipers generally tend to grow to a length of about four to six feet and can reach weights of 20 to 25 pounds. In human care, this species has recorded lifespans of 15 to 20 years.