The Praying Mantis Is Merciless in the Hunt, Sex, and Death 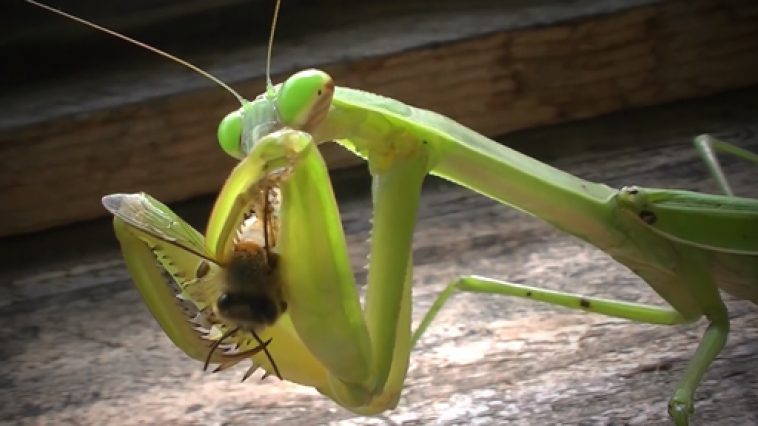 The praying mantis is a ruthless and merciless killer. Whether it be during the hunt, reproduction, and even in death, these insects are the very definition of METAL. 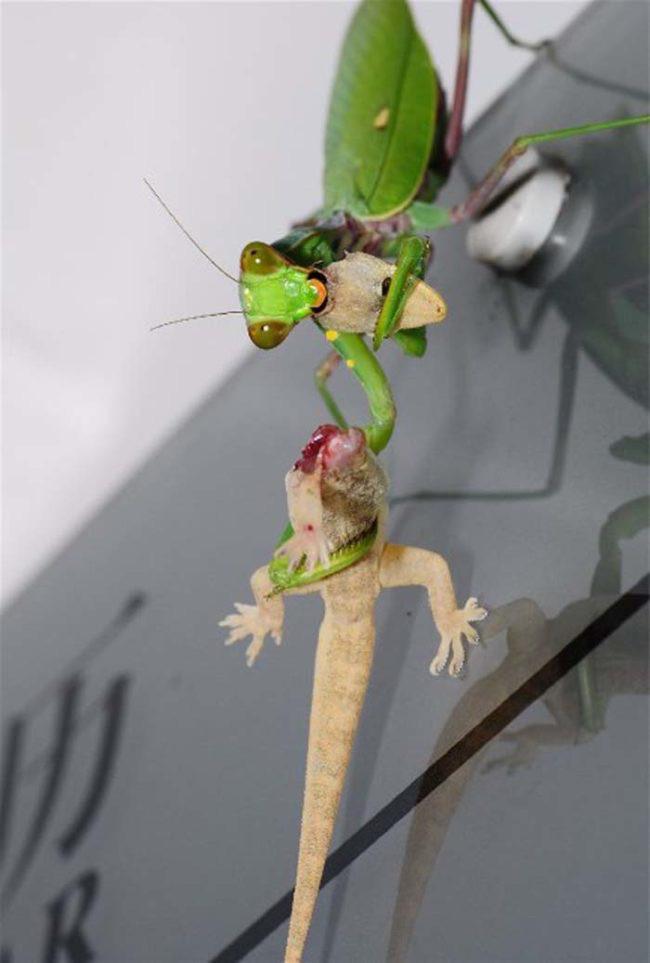 Despite their name, which comes from the prayer-like gesture they make with their front legs, these bugs are actually some of the most unholy hell-raisers in the insect kingdom. Here’s why. 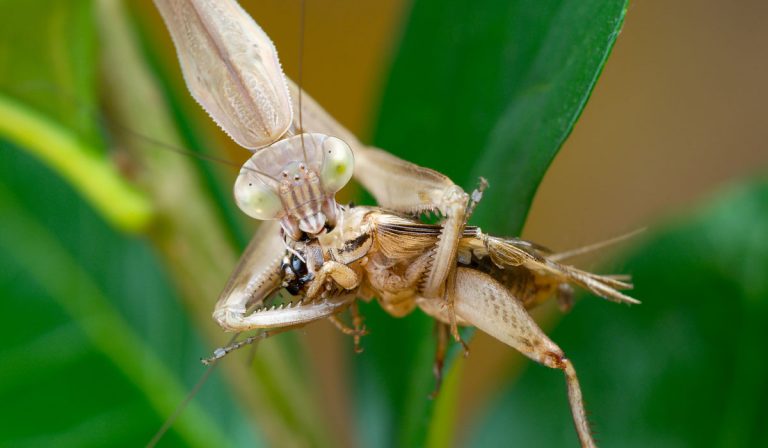 Let’s start with their weaponry of choice. Perhaps their most distinctive feature is the prominent pair of powerful raptorial legs, which they use like a razor-lined vise to hold their prey firmly in place. Then, using powerful mandibles, they slowly devour their squirming victims alive. Their reflexes are lightning fast, too— they can snatch unsuspecting prey and pull off leaps faster than the blink of an eye.

Watch this praying mantis use martial-arts-style skills to catch not just one bee, but a second one mid-chew:

So what do they eat? Just about anything, apparently. They typically feed on small insects, but several years ago, researchers revealed that praying mantises hunt birds and eat their brains with surprising frequency. Lizards, frogs, fish and even mice are fair game, too.

But it’s not just prey who face their wrath. Like the notorious black widow spider, mantises occasionally engage in what’s known as sexual cannibalism, as well. During copulation, the female sometimes eats the male’s head, which, incredibly doesn’t deter him from continuing to mate! He keeps thrusting well after his entire head has been devoured by his lover.