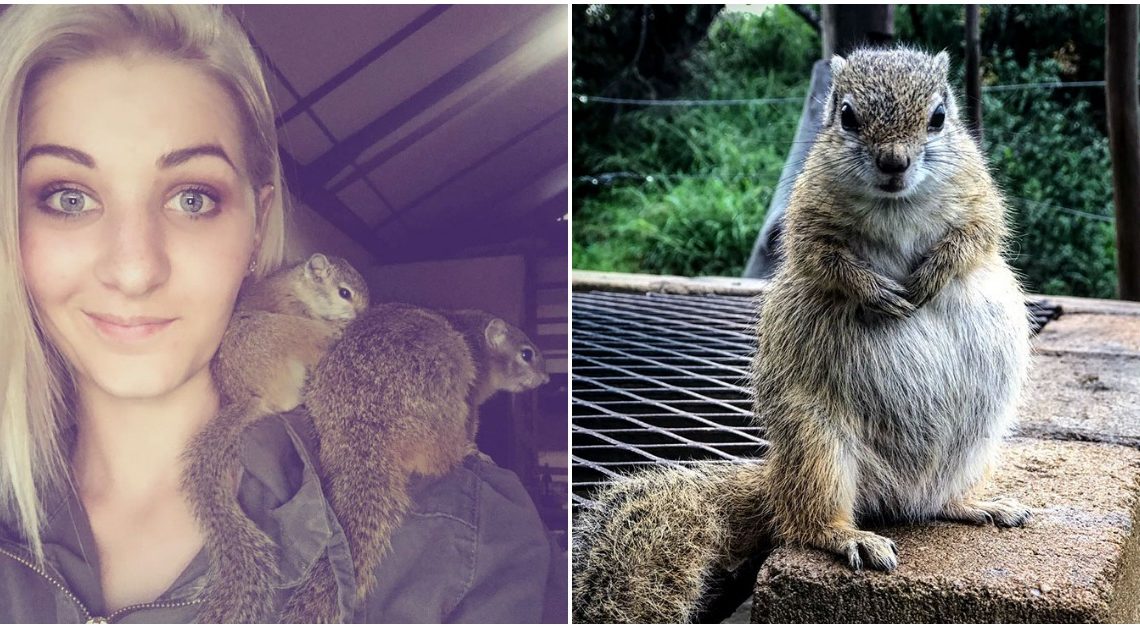 When you come across an injured person or animal, it’s difficult to turn away. South African Simone Serfontein is well aware of this sensation. She discovered a young squirrel who had fallen out of a tree in October of 2016, but her mother was nowhere to be seen. “She was still a ‘pinky’ and a strange-looking creature with no hair when we found her.” We took her up when she was around 5–6 days old. “She was very cold and screamed for her mother, who, sadly, never returned for her,” she told Bored Panda. 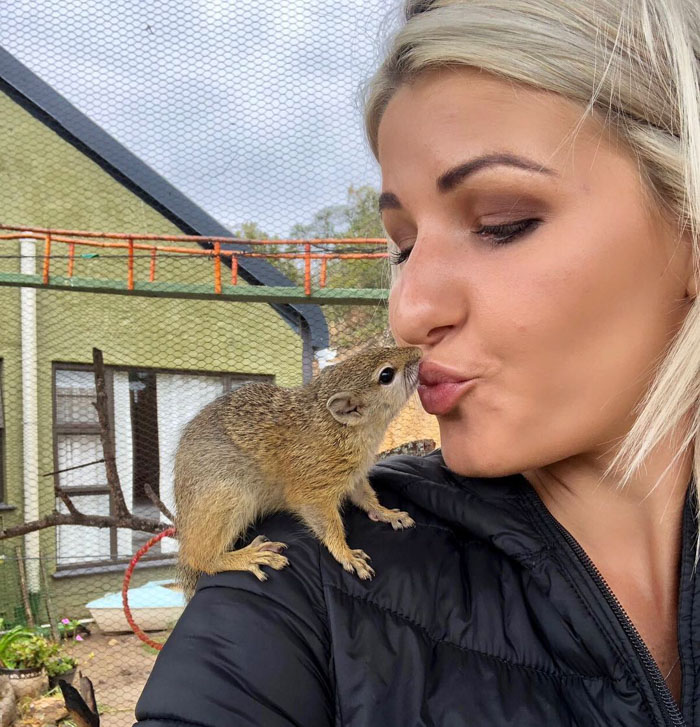 Simone realized the squirrel would not be able to live in the wild on her own, so she chose to nurture her and call her Dingetjie. 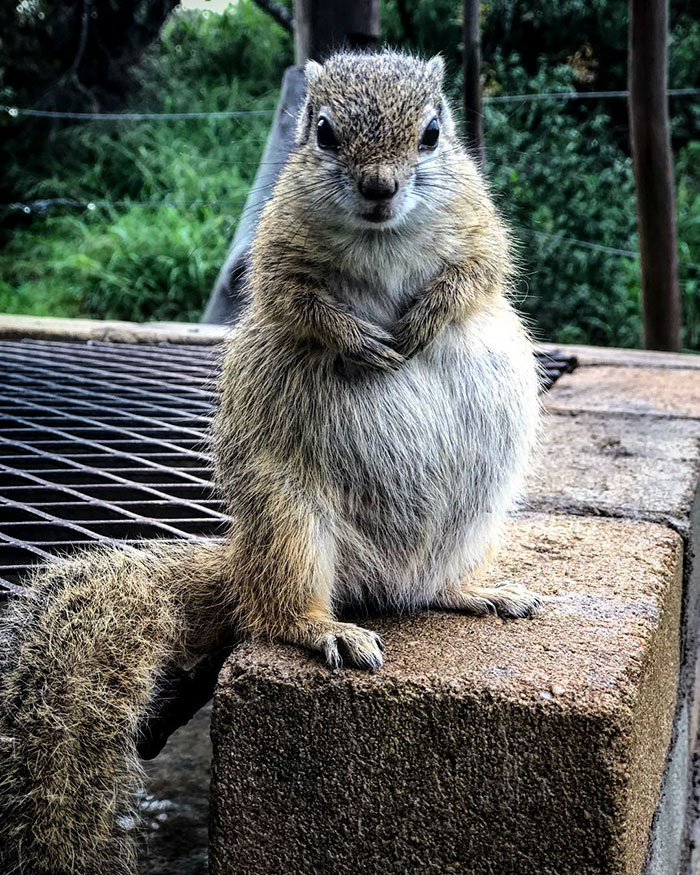 “Raising a Squirrel is definitely not an easy process,” Simone says, no matter how lovely these tiny critters are. “For the first several weeks, I fed her every hour, even at night,” she added, “and I would generally set my alarm to feed her and assist her with the ‘bathroom crisis.” Simone took Dingetjie to work with her for three months and let him sleep close to her body. 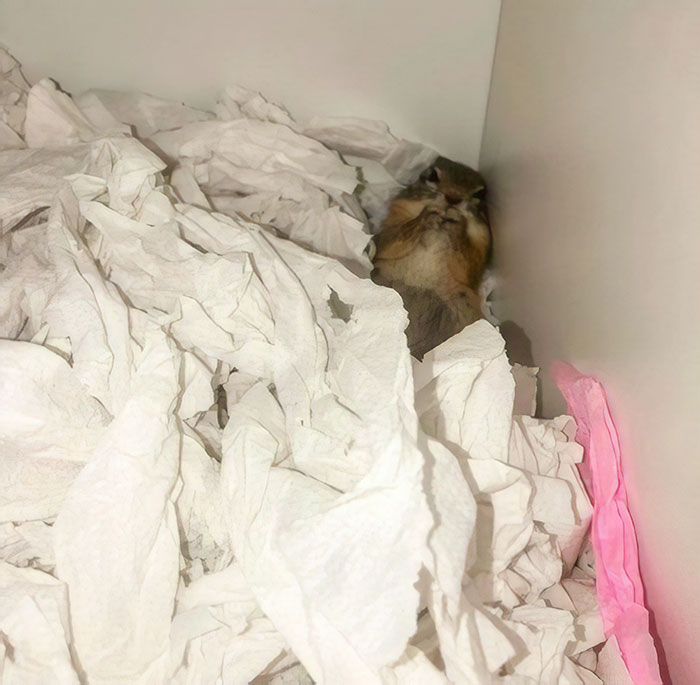 “I purchased her a little shoebox with blankets inside, but she refused to sleep in it.” She felt comfortable and cozy in my company, and she still sleeps in my bed now.” Dingetjie has gradually grown in popularity as a pet. “We used to constantly take her with us when we went on vacations, and she seemed to enjoy herself.” She’d hop out of her car’s traveling cage, climb across our shoulders, and just enjoy the ride with us.” 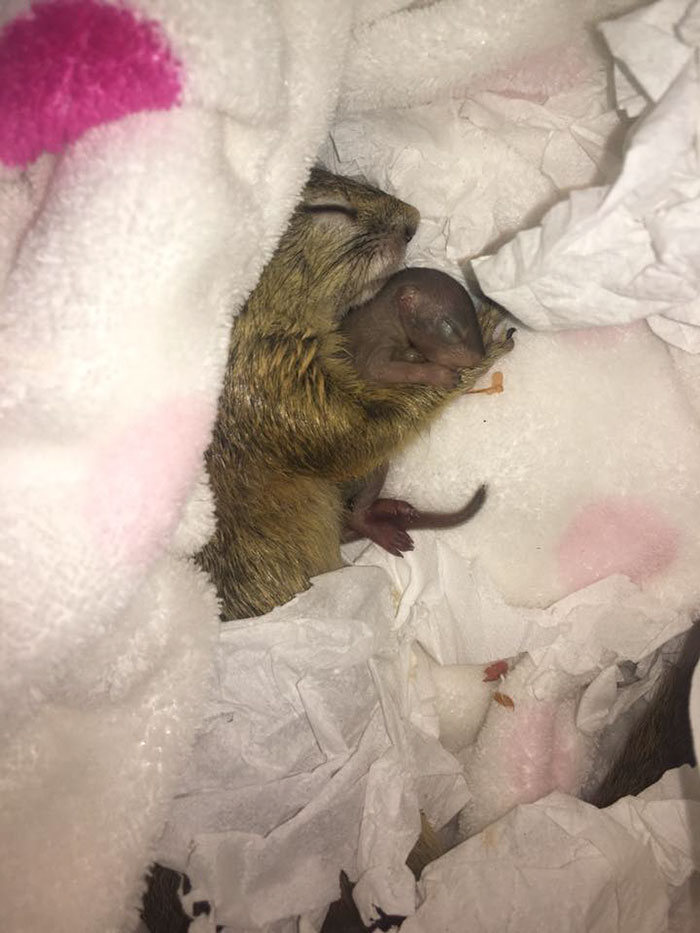 Simone, on the other hand, was well aware that she would have to return her into the wild at some point. Dingetjie decided she didn’t want to say goodbye to her saviour when the time came. She returned to her childhood home after spending some time outside for the first time. Allowing Simone to be outside on a regular basis has become a habit for her. “Dingetjie would nearly usually return in the evening. She only stayed outdoors three nights and returned the next morning.”

Dingetjie opted to construct a nest in Simone’s house when she became pregnant. 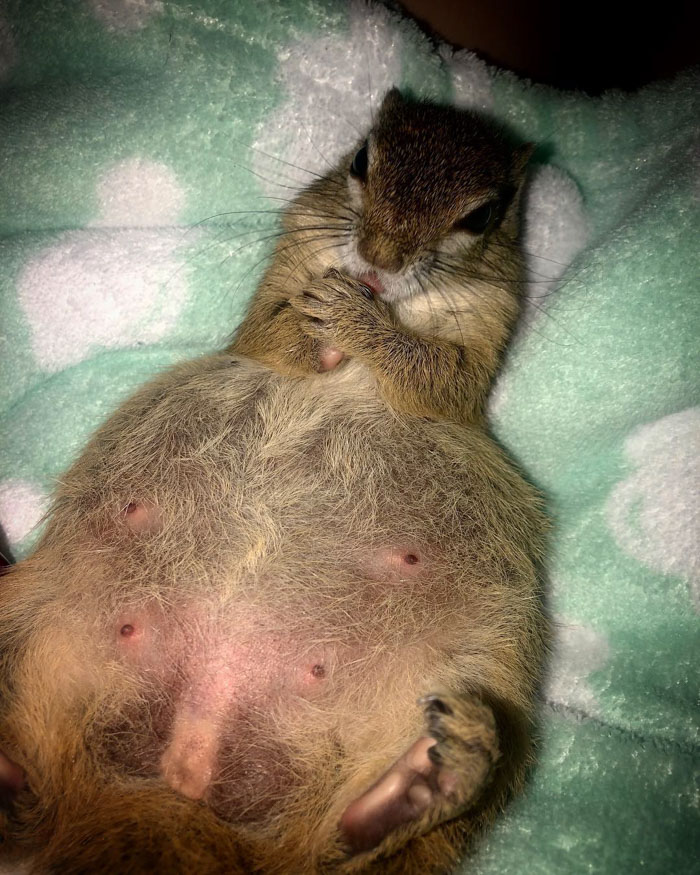 Instead of a tree, the squirrel chose a home drawer and constructed a nest out of toilet paper in it. 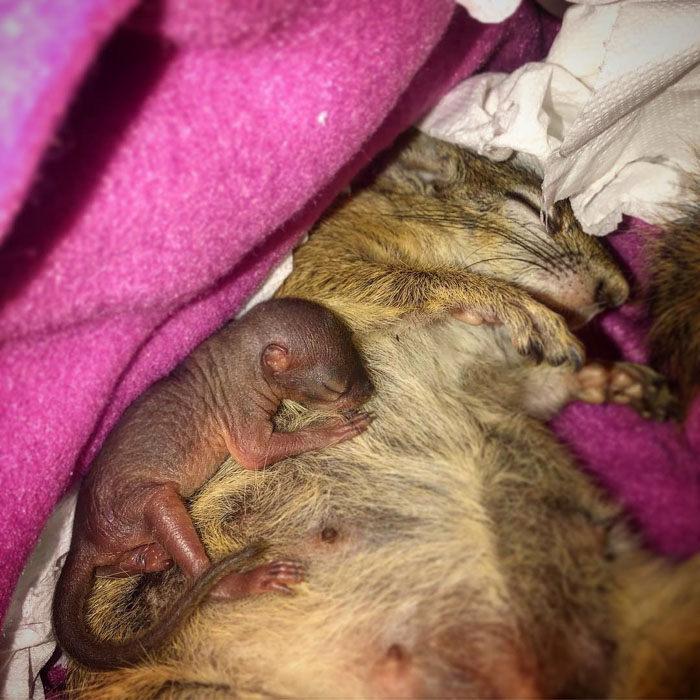 Her first pregnancy, on the other hand, was difficult. “She wasn’t prepared, and her innate instincts didn’t kick in as they should.” We had to keep her awake and assist her in getting the baby out when she fell asleep during the birth. The baby did not pivot and came out tail first, and the procedure took approximately one hour. We realized the baby wasn’t living, but there was still hope, but it was stillborn.” 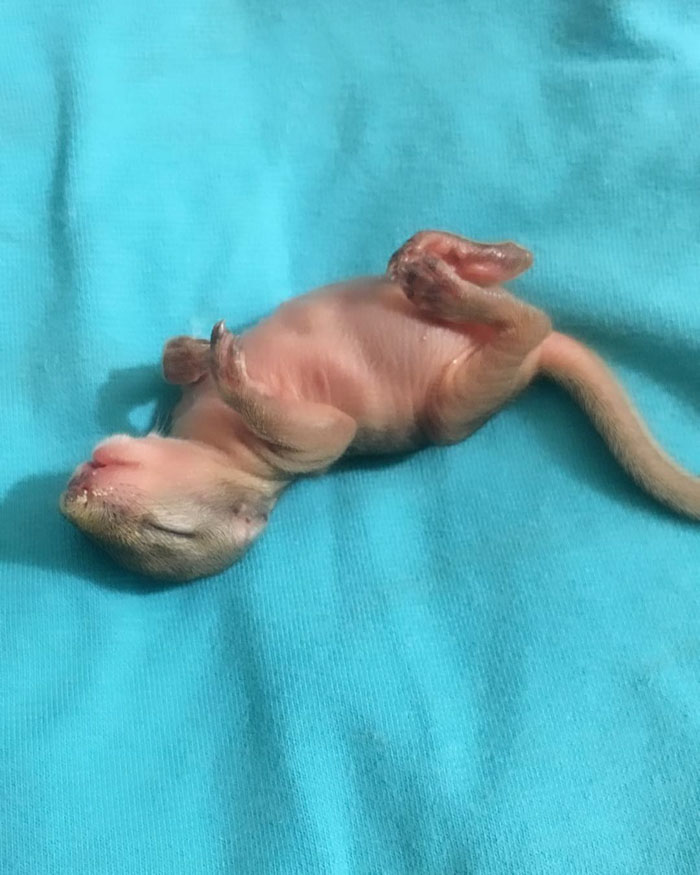 Tinkie was born in April in the nest she built in Simone’s closet. Dingetjie’s kid died a few months later, sadly. She gave birth to her second child, Mistie, in September of last year. Because Dingetjie was not producing any milk, Simone once again got the opportunity to nurture a newborn squirrel.

Here are some images of her adorable children. 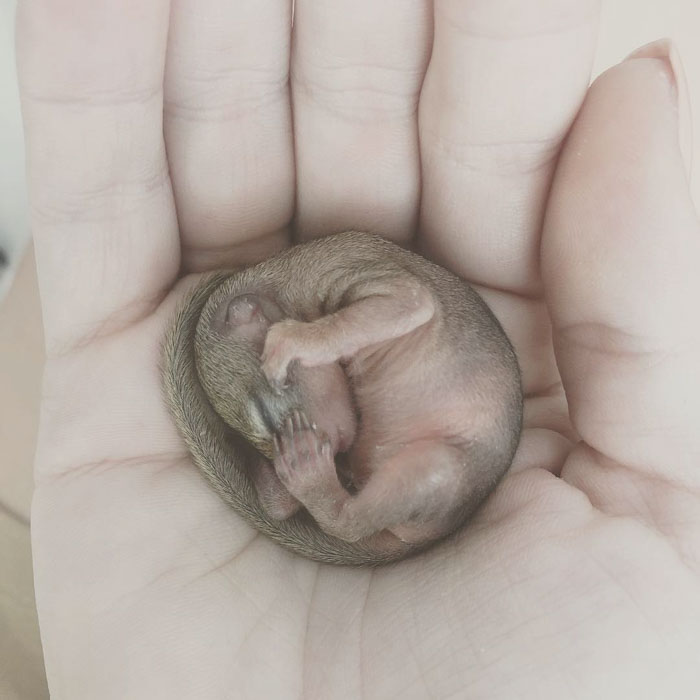 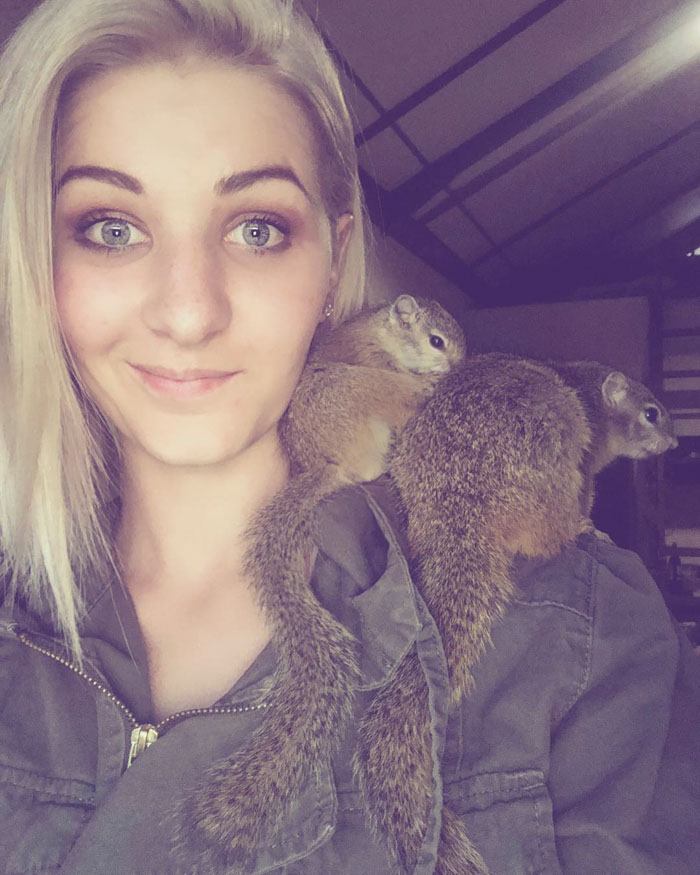 Simone and Dingetjie, as well as her kid, have a wonderful relationship now. Let’s hope this wonderful connection continues for a long time!