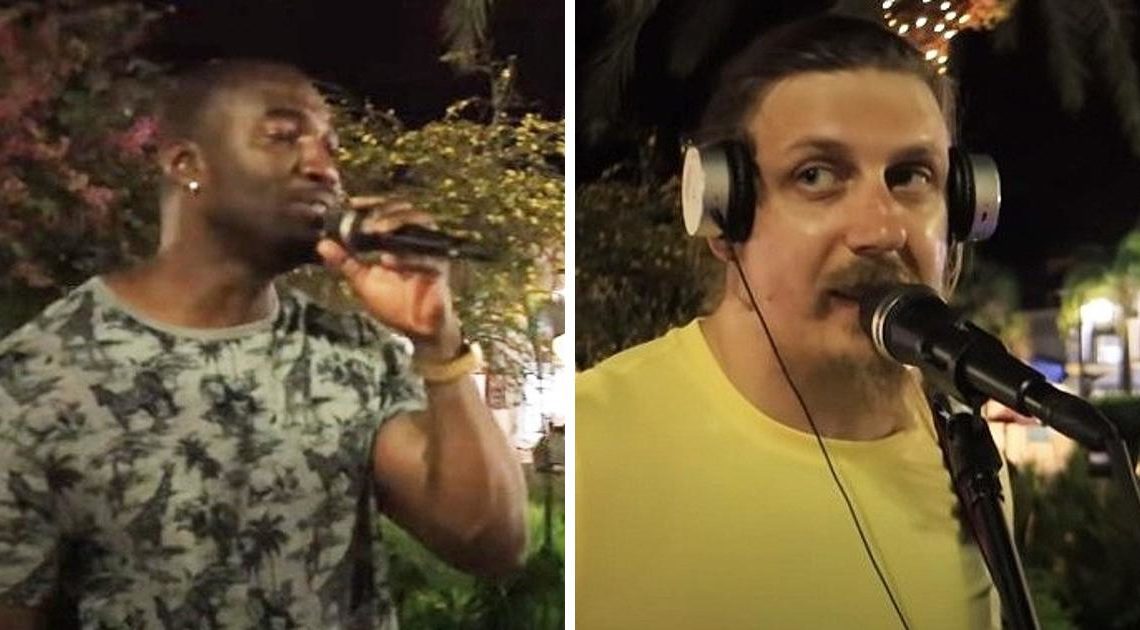 Dovydas is a well-known and well-respected musician in the Florida area. He is most known for being a street performer with a wide array of skills, including musical composition, songwriting, singing, and playing a variety of instruments. Dovydas typically draws in large crowds who come and watch him perform, taking requests from his fans and passersby.

In June 2021, one fan requested to hear the song “Tennessee Whiskey,” but Dovydas wasn’t too confident that he would be able to perform it to the best of his capabilities. Fortunately, one man who called himself “Nobody” stepped up and offered to sing the song, and Dovydas happily invited him to perform alongside him.

After figuring out the right key and the right arrangement, it was finally time for the two men to perform the song together for the very first time. Despite having just met each other, Dovydas and the stranger blended their talents easily together, and played the song like they had rehearsed it hundreds of times before. When Dovydas invited the man to sing, he never could have expected to hear such a soulful and powerful voice to come through, and the singer instantly stole the show.

The performance blew away everyone in the crowd and Dovydas himself. A video of the incredible moment was taken and shared on Dovydas’ YouTube channel, where it has continued to go viral and capture the attention and hearts of people from all over the world. Read on to find out more about these talented musicians and listen to their stunning performance together. 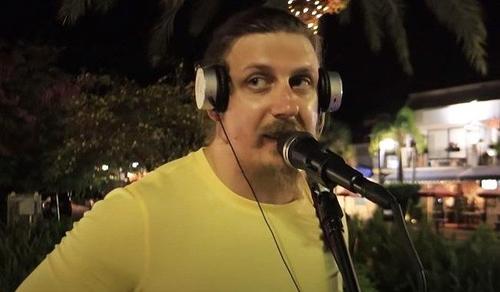 Although the guest singer first introduced himself to Dovydas as “Nobody,” he later revealed that his real name is Vere Hill. He is an aspiring singer and musician who has been working toward making his dreams come true. Fortunately, his performance in June 2021 in Florida alongside the established street performer seems to have pushed him one step further toward reaching that goal.

A video of the two musicians performing “Tennessee Whiskey” — originally recorded by David Allan Coe and famously covered by Chris Stapleton — has since gone viral, garnering more than 12.5 million views, and it’s easy to see why. Hill sang his heart out and belted out the lyrics perfectfully. His voice was filled with emotions, and his tone was warm and powerful to listen to. The audience was mesmerized by how well the musicians played together.

When the performance came to an end, Dovydas graciously shook Hill’s hand and told him that he got “chills” from hearing him sing. “There’s no way anything can top this tonight,” he said.

It’s clear that Dovydas was not the only one moved by Hill’s talents. Plenty of people left comments on the YouTube video expressing just how much they loved the performance and just how remarkable they found these two musicians to be.

One person wrote, “Amazed by how quickly he created the music… then that angel opened his mouth!! OMG what an amazing voice.” Another person commented, “You my man, don’t ever in your life say that you are nobody!!! You are the kind of man who touches everybody’s heart.”

What did you think about this impromptu performance? Were you surprised by how well these two musicians’ talents worked together? Let us know, and be sure to pass this along to your family members and friends, too.