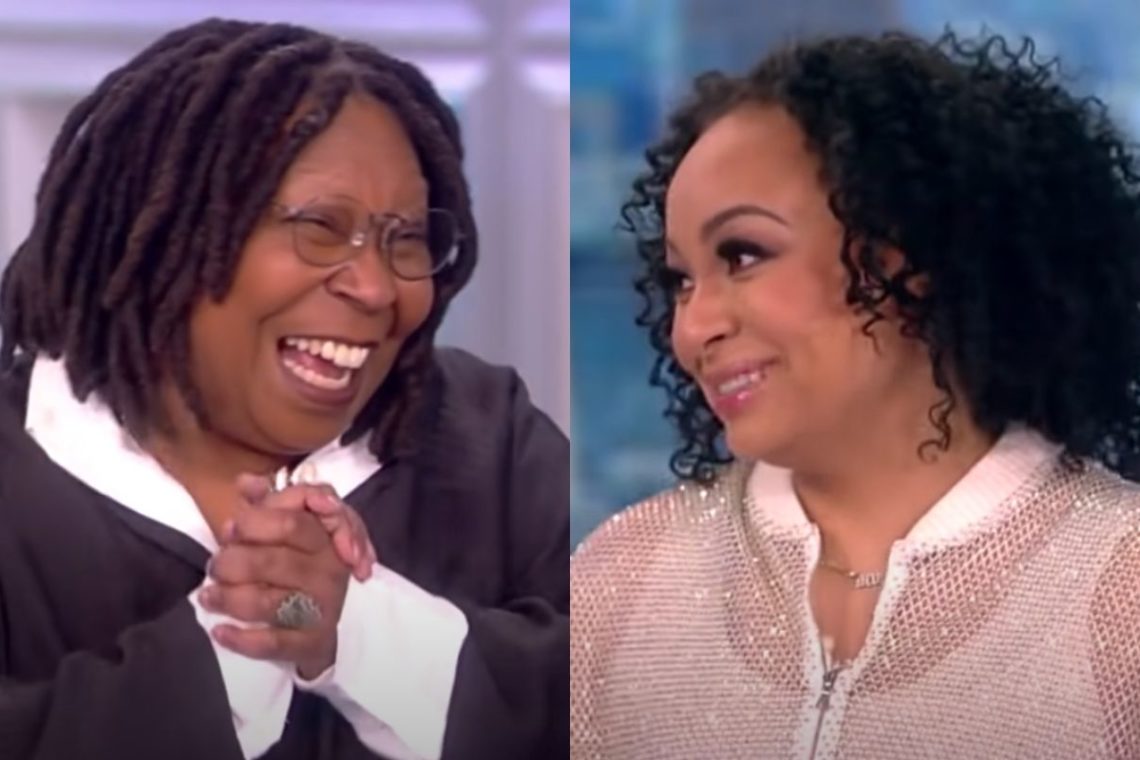 Raven-Symoné returned to The View for Wednesday’s episode, despite telling ABC News Oct. 2021 how she felt the show catfished her.

On her latest stint on the show, Raven-Symoné talked about how she was able to lose weight by kicking sugar out of her diet. She also said how her wife Miranda Maday, who joined on the program, inspired her journey toward health.

“I want to be here for her [Maday] as long as I can,” she said about her reason for losing weight according to HollywoodLife, “and I found out some numbers at the doctor that were not pleasant for someone in my age bracket or any age bracket, to be honest with you.”

“With [Maday’s] help and guidance and love and fantastic cooking skills–which everyone here knows–she helped me kick sugar, and I say, ‘kicked sugar,’ because it is an addictive drug, and I was addicted to it in wheat form, in regular form, and it’s out of my system.”

Back in October, Raven-Symoné complained about how the show tricked her as far as the type of content she would be commenting on each day.

“I got catfished. I feel like I just got catfished,” she said at the time, adding that she wasn’t told The View would focus so much on politics. “I thought i was going on a show, like Candace [Cameron Bure], where it was pop culture and fun and exciting and I got catfished, and I learned a good lesson.” She also said she was “pitched a completely different direction” than how the show actually played out.

“I said, ‘Politics is not…my bag. I’ve never spoken publicly about politics. I don’t even come from a political family, meaning I didn’t grow up speaking about politics,'” she continued.

“So they had told me, ‘We’re going so much lighter,’ a lot more would be evergreen. We want to talk more about family and sex and life, so I was like, ‘Absolutely, 100 pecent, I’m on board.’ And then it all changed when Trump entered the [presidential] race.

She said the “only reason” she got through hosting was because of Whoopi Goldberg and the show’s producers.

“There is something amazing about the behind the scenes of The View that kind of puts the salve over all the BS that’s going on camera made it possible to stay as long as we did,” she continued.

Watch a clip from the episode below: