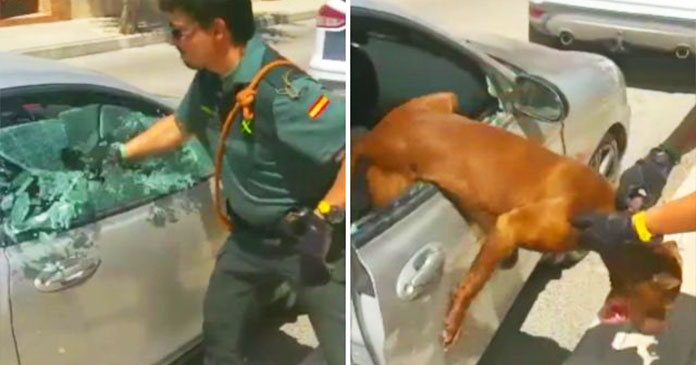 While being a parent of a dog, one has to be extra careful. The life of the dog is our responsibility. They are dependent on us. It is us who will look after them.

Sometimes dogs suffer due to the negligence of the parent. Like this poor dog who was left inside a hot car and the owner was nowhere to be found. 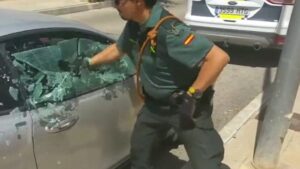 The dog was lucky as he was helped by the police who saw the poor animal trapped inside. The officer broke the window of the car to take out the poor dog.

It was unclear for how long the dog was trapped inside the car. In the video, one can see the officer using a tool to break the window to open the driver’s side.

As the car was overheated, the dog was gasping inside. The moment the window of the car was broken, the dog ran towards the window. The dog was so desperate to come out that it did not even notice the smashed glass around. 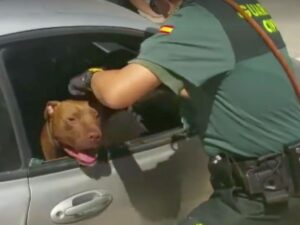 The kind officer not only took out the dog but also served him water. The exhausted dog immediately lapped up the water.

It is not the only incident. Every year many dogs suffer due to this mistake made by their owners. Sometimes it turns to be fatal as the inside of the cars is boiling hot.

So never leave a dog inside a parked car as the temperature inside the car becomes 100 and 120 degrees in just minutes when it is 78 degrees outside.

So be careful while you are leaving your pet inside the parked car as it can be deadly for the pet. What the officer did was remarkable! Thank you for saving the life of the dog.