Photographer gives birth to twins, one black and one white – takes amazing photos of albino daughter 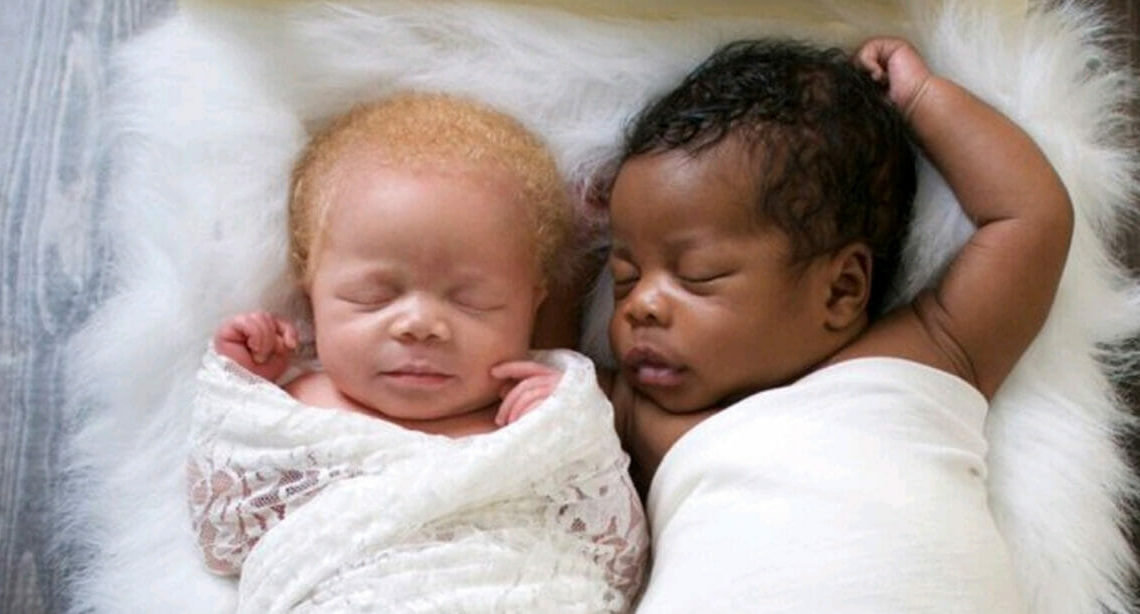 Every baby born is beautiful in their own way. It doesn’t matter what color they are, what race or religion; it doesn’t even matter who their parents are or what they might have done during their lives.

And yet there are some babies who are truly unique; who truly stand out. The twins of Nigerian-Canadian photographer Judith Nwokocha sit in this category, and they really are special.

Judith’s son Kamis has her dark skin, hair and eye color. His twin sister Kachi, meanwhile, is an albino.

“I remember going for my first scan when they told me ‘you are having a baby’ and I said ‘ no , I’m having two’, I knew, without a doubt,” Judith explained, as per reports.

“The second scan revealed we’re having twins- I was told the twins might have Down Syndrome.

“At 7 weeks Kachi was always behind, was very small, she stopped growing, I remember the doctors telling me she might not make it-I’m so grateful she did.

“She didn’t cry initially so I was thinking what’s going to happen, how is she going to be?

“I was shocked- I thought they had handed me somebody else’s baby, I didn’t believe she was mine.”

After digesting the shock, however, Judith admitted: “I was just glad she was perfect- both were healthy and they just made me be stressed for nothing.

“Other than the fact that she is different colour, she looks exactly like me.”

Indeed, apart from sensitive skin and eyesight, Kachi is a perfect little girl. Sure, she turns some heads on the street, but Judith doesn’t let that concern her, and nor should she.

She continued: “It took me a while to realise I’m going to be raising an albino- I was really concerned about what people were going to say, it’s not a very usual thing to have an albino and a black baby.

“I was also sad, I was worried about how she is going to go through society, how people are going to treat her.”

As for the twins themselves, Judith says they have a loving brother-sister relationship and their mom thinks “they haven’t noticed anything different”.

I don’t know about you, but I think Judith’s twins are extremely beautiful. They’re fortunate to have each other!

Share this article if you, too, think Kamis and Kachi are beautiful! Let’s spread a little love today!

Kind Teens Picked Up An Elderly Man Who Fell, And Then Walked Him All The Way Home
4

How To Remove Bloated Belly In Just 60 Seconds With This Incredible Belly-Fat-Burning Recipe!
5

After 22-year-old was killed, his grieving dog laid by his graveside at his funeral
6