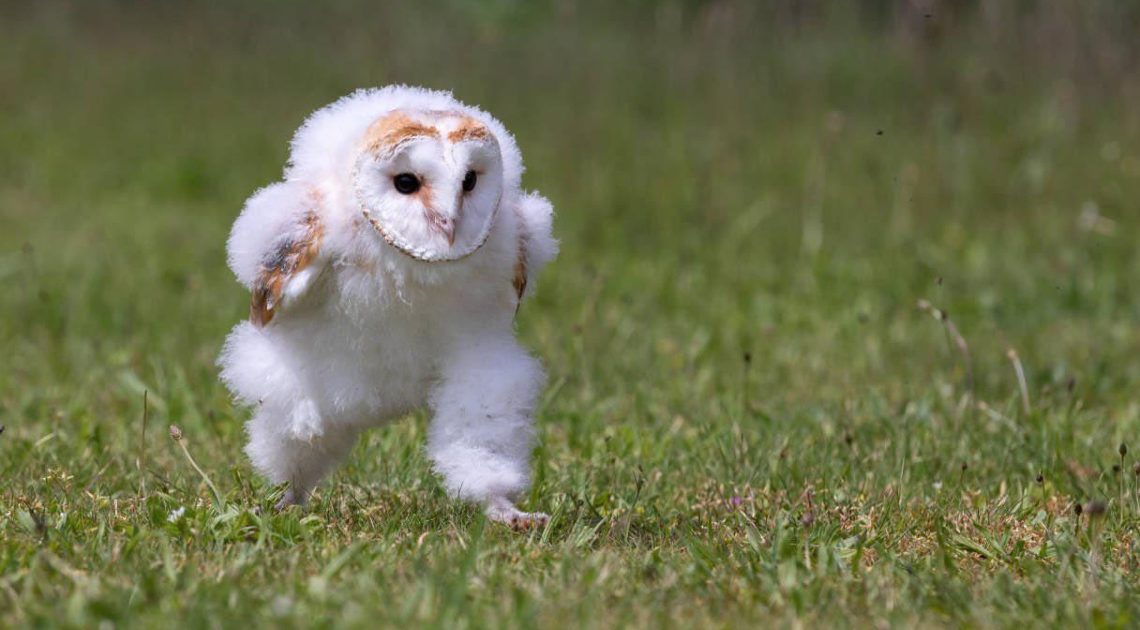 Taken by Dutch wildlife photographer Hannie Heere, the 63-year-old was out photographing barn owls when she saw the little guy.

It turns out that barn owlets don’t start flapping their wings until seven weeks old, and can make short flights by eight.

But until then, baby owls need to use their legs to get around and work on developing these muscles.

This particular baby owl decided to do this by going for a run, and thankfully Heere was there to capture the moment for us. 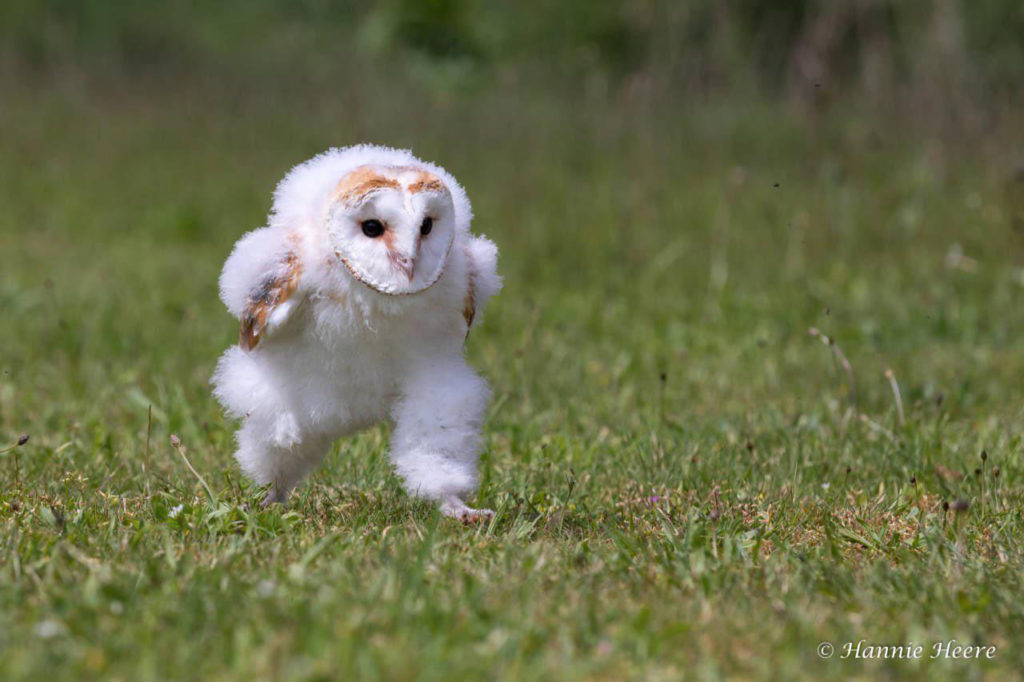 “I was laying on the ground,” Heere says to PetaPixel. “This young bird count not fly yet and was not afraid. I took the picture from a distance of about 5 to 6 meters [~16 feet].”

The photo has gained some popularity since being published online and has been used as a meme across various social networks.

“I was very, very surprised [at how popular the photo has been],” Heere says.