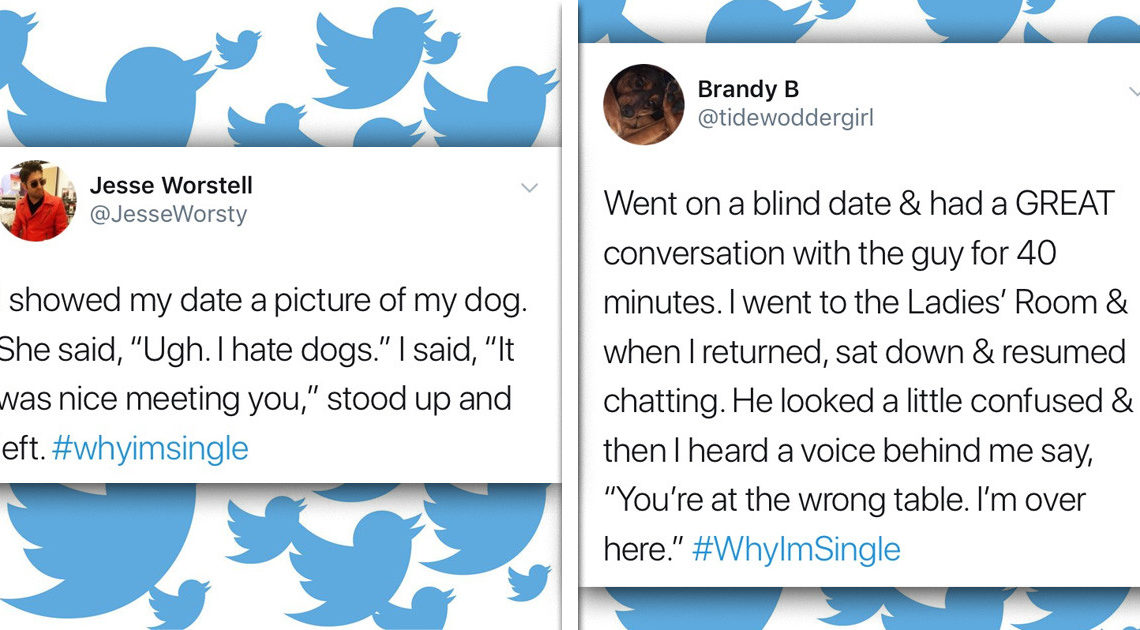 Being single has its pros and cons, but it’s mostly considered as a bad thing by our modern society. When you’re single people assume that it’s usually not by choice and that you just suck at relationships. You generally have more freedom when you’re single, but if you look at it from another angle, it’s not as fruitful as being with another person that you care about and spend a lot of time with.

After Tonight Show host Jimmy Fallon popularized the “Why I’m Single” hashtag, people started sharing their stories left and right, most of them are pretty hilarious and show just how hard it really is to make a genuine connection with another human being.

2. Imagine being this lost 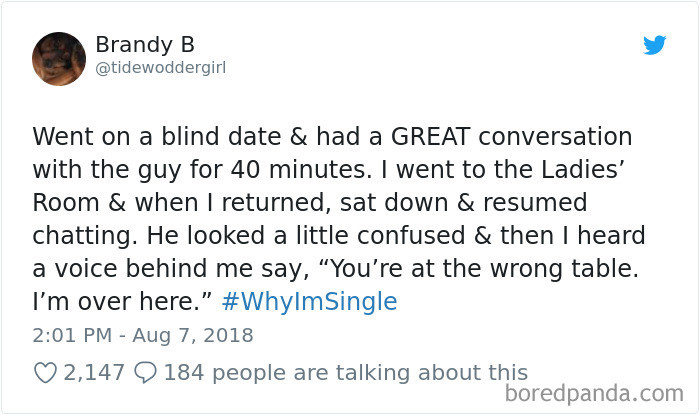 6. What a weird concept 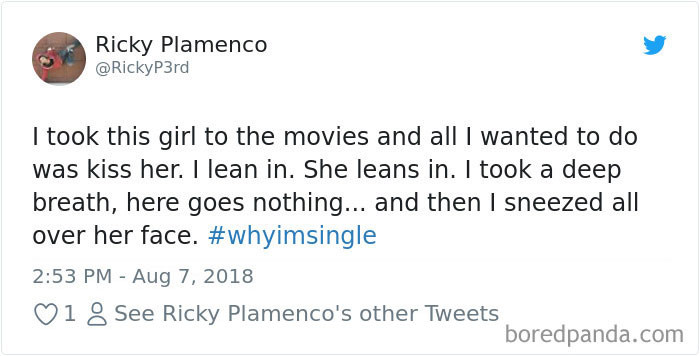 9. An Alien trying to interact with human beings for the first time ever: 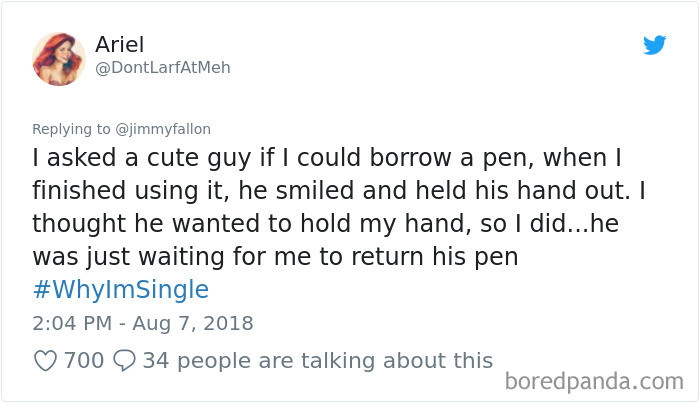 11. He’s single because he’s unoriginal, this joke has been used more times than I can count

12. More like the reason why she will soon no longer be single 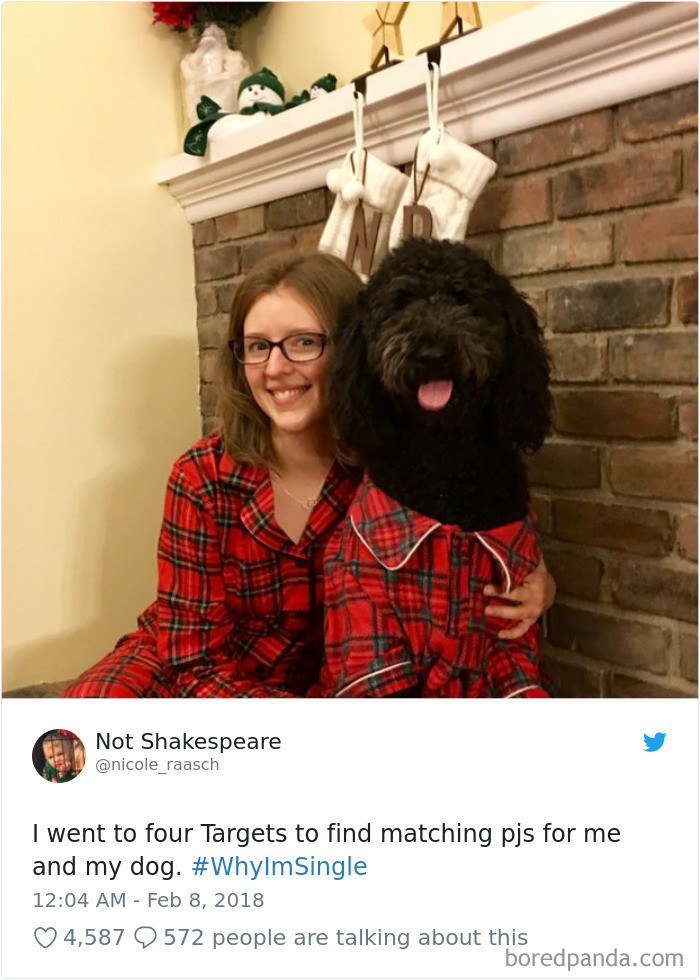 13. Meet the person of your dreams by actually dreaming 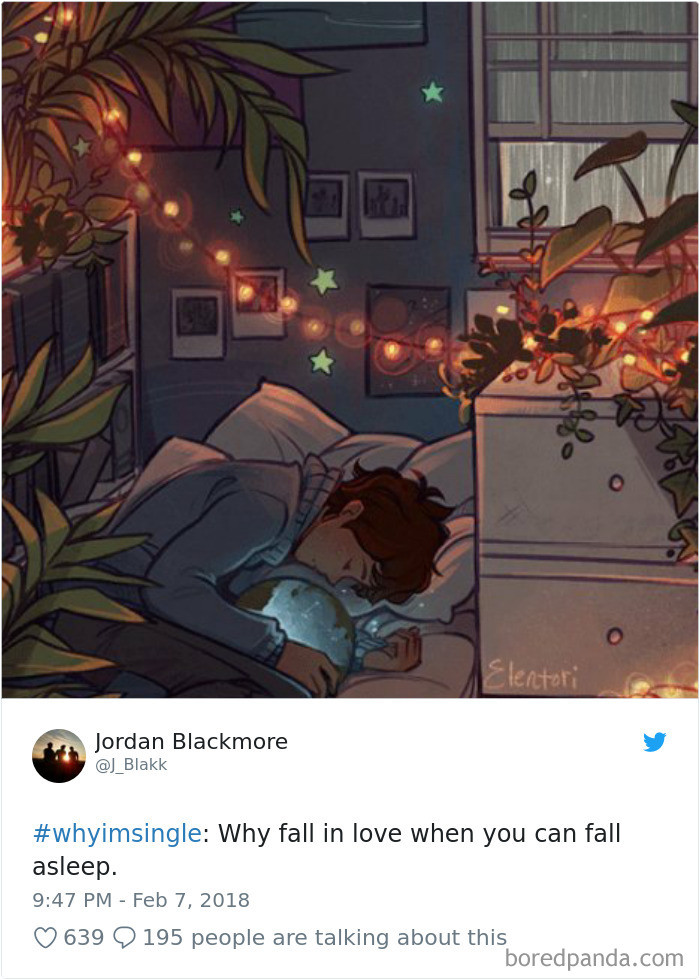 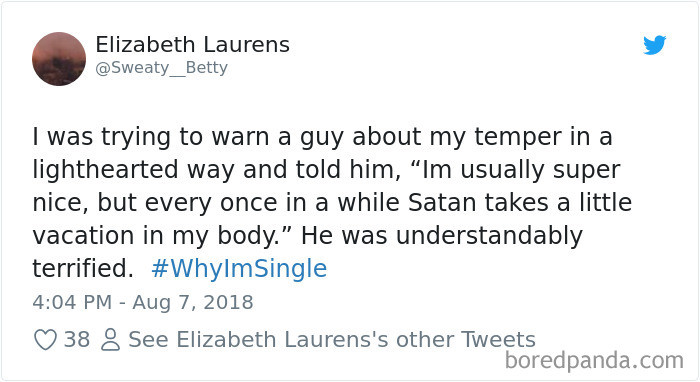 15. Self love is important