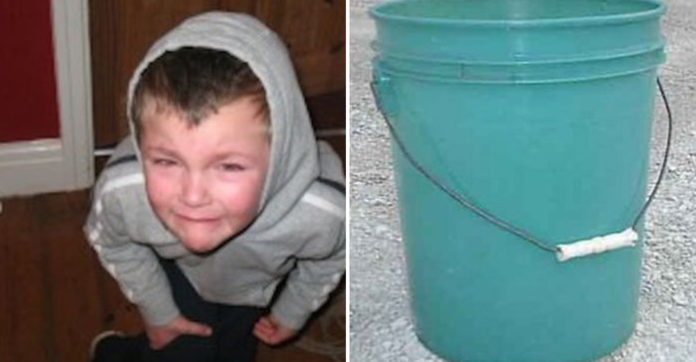 Being a teacher means being a role model and someone students look up to. But what happens when some of the educators find themselves in a situation where they can no longer put up with some students’ misbehaving and fail to cope with the challenges ahead of them? Unfortunately, in cases like this, many teachers opt for punishing the students using drastic and unacceptable measures and methods.

A situation that took place at the Cool Spring Primary School in King Williams, VA, back in 2016 raised the question of what ‘punishments’ are sort of deserved and what it means for teachers to cross the line.

What this teacher did, however, is simply outrageous. In an attempt to teach her students a lesson, she humiliated them and shook their self-esteem by forcing them to stuck their heads in a bucket full of urine.

Inspiredot
It turns out that one of the kids peed in the bucket and all the class had to sniff the urine and try to guess who did it.

Shawn Martin, father of one of the students recalls the day his son got back from school.  The boy said how he felt miserable because he had a really rough day.

“And I said you’re an 8-year-old in the second grade,” said Martin. “How bad could your day have really been?”

The boy then told his parents what happened, and they were furious at the teacher. Of all the methods she could use to find out who peed in the bucket, she chose one that put the students in an awkward and unpleasant situation.

“She made every male student smell the urine in the bucket,” said Martin.

The school leaders were informed of the incident but commented how it was a personnel matter. They also confirmed that the teacher, who has been teaching for 26 years, is still on the job.

“Appropriate action has been taken to ensure that such conduct does not repeat itself. We will have no further comment.”

The parents of the students affected by the incident required answers and weren’t satisfied with how the school handled the situation.

“I don’t think anything is appropriate. That lady was in there teaching my son today,” said Martin. “I don’t understand how the administration lets her come back and direct those kids.”

“They want to sweep it under the rug like it never happened,” said Martin. “That is not acceptable.”

The school offered Martin to transfer his son to another class, but he believes that won’t fix the problem.

We simply can’t believe how an educator who’s been teaching for so long could do such thing, and we believe she should face the consequences of her action.

What are your thoughts on this?