Outrage At Driver Who Straps Cat in a Cage to Back of Car and Drives 60-mph oh Freeway! 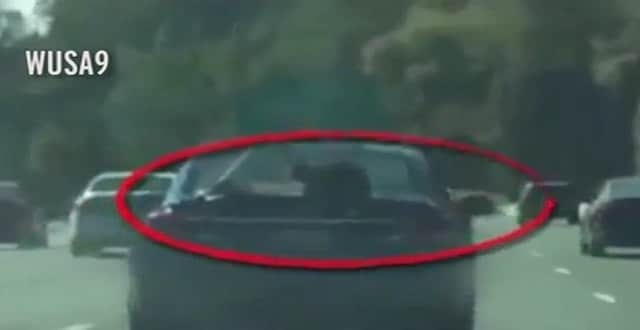 Jessica Wright, a veterinary technician traveling behind the vehicle, managed to record the incident on her phone.

The picture seems to show the cat sitting in a humane animal trap, which had been strapped to the boot of the car. 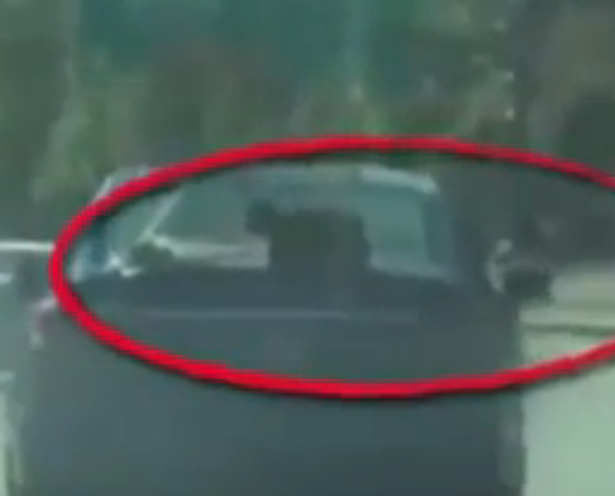 Jessica claimed the vehicle was traveling at approximately 60mph on the Beltway in Washington DC on Saturday, and admits she was extremely concerned for the cat’s welfare .

Speaking to WUSA0, Jessica stated: “I was really upset about it. I just can’t imagine in what world you wouldn’t think that, that wouldn’t be incredibly humane, but also socially unacceptable.”

Jessica was so completely outraged by what she saw that she decided to follow the driver.

However, when he eventually stopped, all he said to Jessica was that the cat was wild.

Sgt Kim England, who is a Fairfax County Animal Protection Officer said: “I’ve been doing this for 10-years and I have never seen that with a cat. It’s really frustrating and disheartening.”

However, she admitted that while the act was not preferable, it wasn’t necessarily illegal.