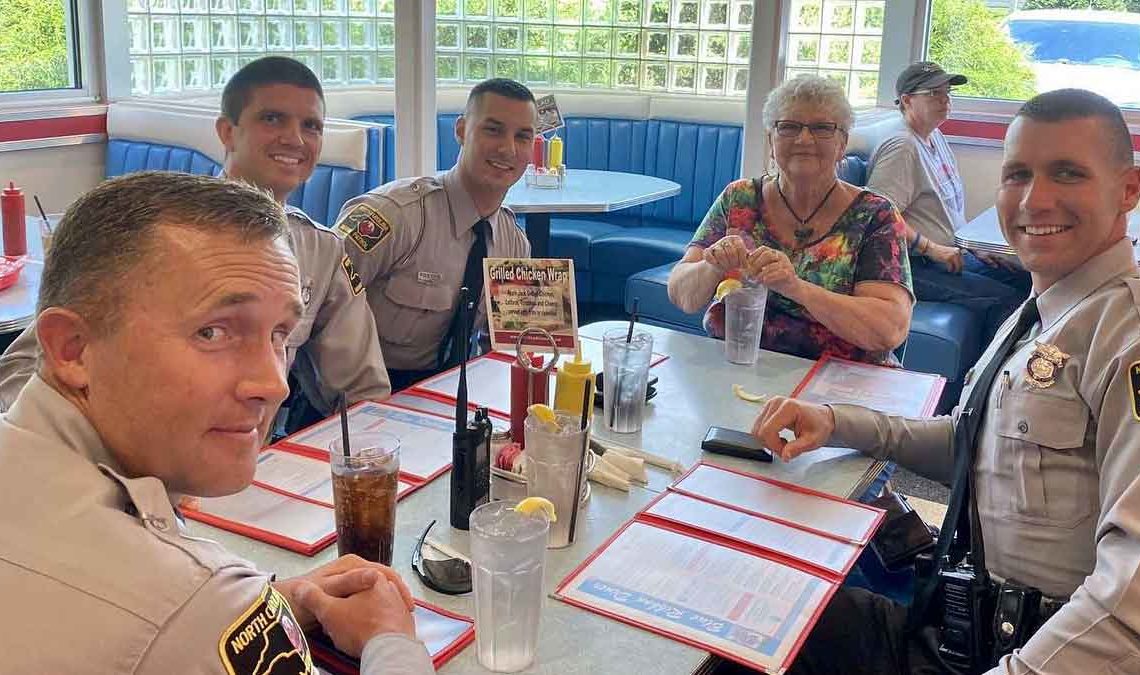 Lately there seems to be a lot of negative stories in the news, but this one here about a couple of North Carolina Highway Patrol officers and a woman who found herself stranded on the side of the road is exactly the kind of feel good story we all need.

An elderly woman had been traveling along I-85 in Alamance County, North Carolina when suddenly she found herself stranded.

Her car had run out of gas.

The woman contacted the police for help and North Carolina State Troopers Linch and Coggins arrived to lend a hand, according to Andrea King Lowe.

Linch kept the woman company while Coggins went to pick up some gas.

When Coggins returned they filled her car, but they weren’t ready to send her on her way just yet. They decided to invite her to lunch.

So the two state troopers and the woman met up with two other troopers, Troopers Foster and Gibbs and ate lunch at a local restaurant.

Is this not the kind of uplifting news you want to hear about?

I know it’s what I want to hear!

Let’s spread this act of kindness on Facebook for everyone to read.