Mom Takes A Picture of Son On Military Respite, The Woman Behind Him In The Picture Has A Surprise 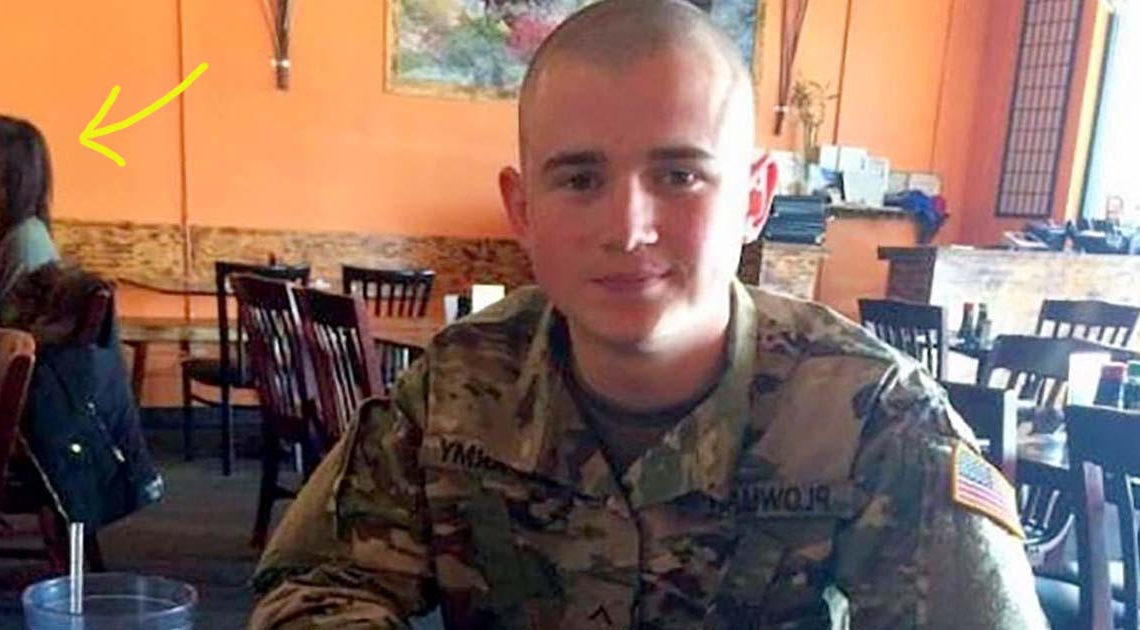 The Armed Forces are, sure enough, a challenge, and having a son or daughter who are in the Armed Forces is both amazing and equally if not more so challenging in every way, especially about their safety and longevity. Which is why you take every chance to see your child as much as you can at every opportunity!

Heather Almond has this realization every single day because her son Gavin recently enlisted in the US Army and is currently going through the basic training there!

Heather jumped at the chance to spend a weekend with her son, of course, and quickly made her way to Fort Benning in Georgia to see him. 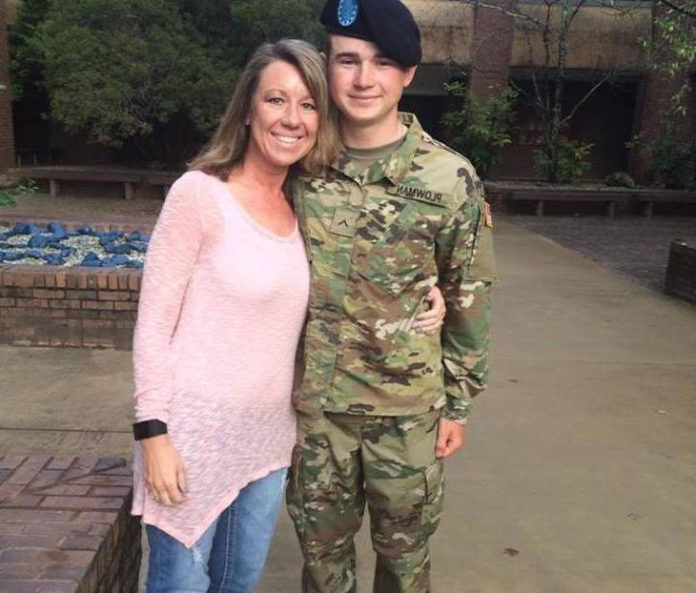 Just like any proud mother, she took her son out to lunch closeby at a sushi restaurant, but when she asked for the cheque something completely unexpected happened!

“This weekend I went to visit my son at Fort Benning with my daughter and mother. He is at basic training and it was a family weekend.

He loves sushi, so we found a Japanese restaurant.

We probably ordered $100 worth of food and when we went to pay, the waitress said that the people at the other table had picked up or bill and they said to thank your son for his service.

They were gone before I found this out, but I happened to snap a picture of my son that had one of the people in the background.

I don’t know who she is, but I can tell you that it meant the world to us. We will find a way to pay it forward.”

These kind people have seen that Gavin was spending time with his family, in between basic training, and without even going over to them, wanted to help out.

Gavin’s family really will remember this moment for all time!

Have you been on the receiving end of a selfless act, or are you a soldier? Have you paid forward a selfless act to someone else, like a man or woman in uniform? Let us know in the comments what you do to contribute!