Megan and Morgan Boyd: Meet The Beautiful “Trueblue Twins” Who Are Taking Over Instagram – Video 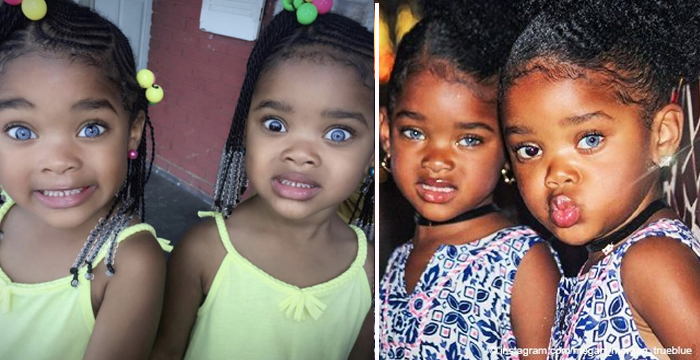 At the age of 4, these twins took over the internet with their fascinating blue eyes. In 2015, their photos went viral. Since then people are curious in learning more about M&M. Given a name to by their mother as the “Trueblue Twins,” they are using their instant fame to start modeling careers and they’ve been going strong.

Let’s take a look at their journey to stardom! 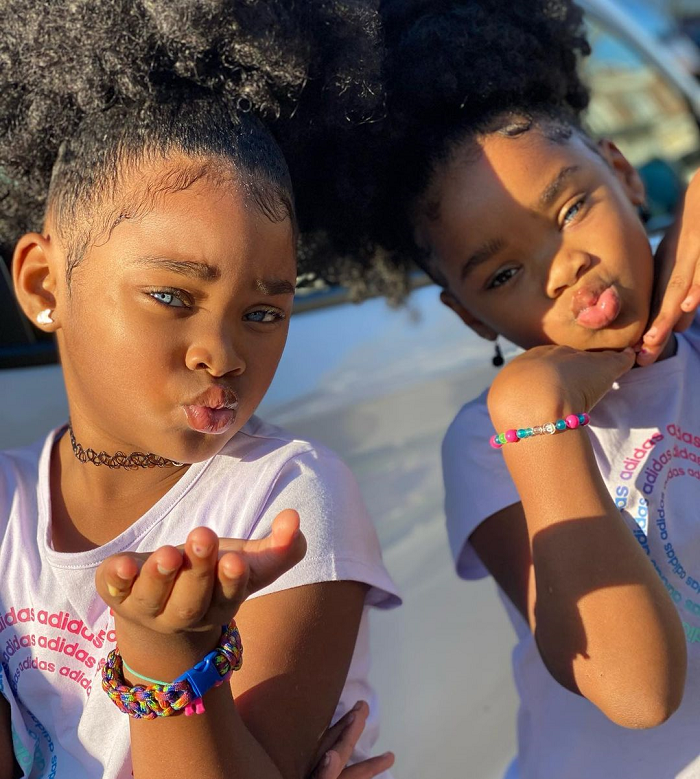 On June 6, Stephanie Boyd welcomed her gorgeous twin daughters Megan and Morgan. When the first time Stephanie saw their eyes she instantly knew she was looking at something remarkable. 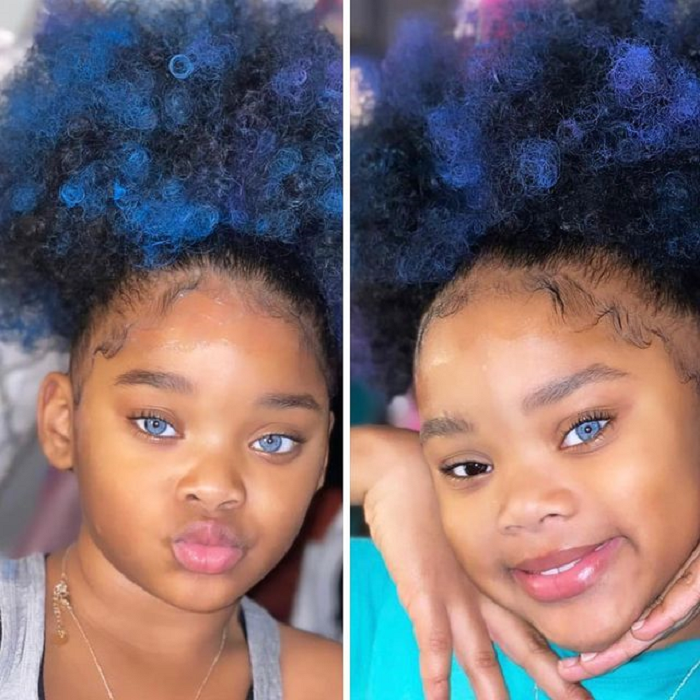 She started posting their photographs early on her Instagram and social media page. Her followers and friends couldn’t help but be astounded at the twins. Soon photographs went viral, people from all parts of the world started following her to know more about them. 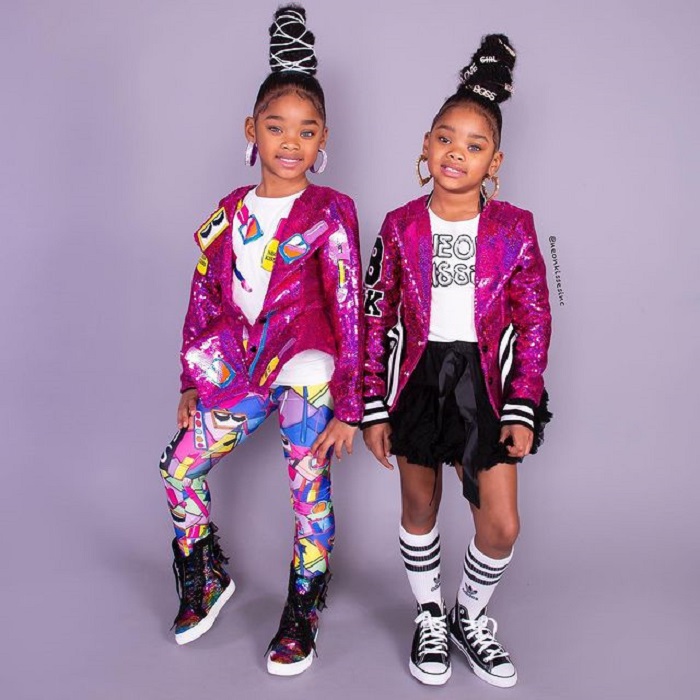 In today’s parenting world, there are innumerable child fashion clothes available everywhere. Options are not constrained, even it becomes hard to decide. However, Boyd has no complication in dressing up her twin daughters, as they look adorable in any look or any style. 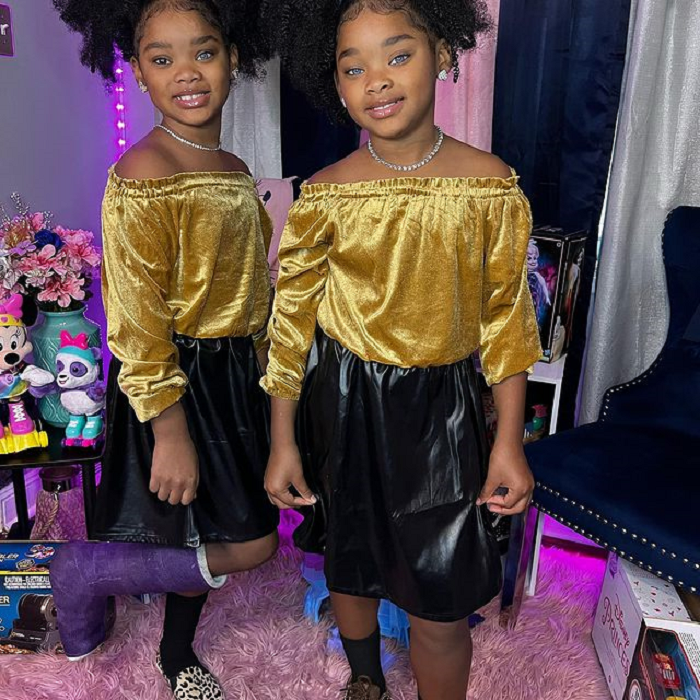 Megan and Morgan’s outfits seem like they are kids of celebrities. Before becoming an internet sensation and fashion model, their mother made sure her twin daughters look amazing, and she’s got plenty of photos to prove it.

5. Looking Through Their Eyes 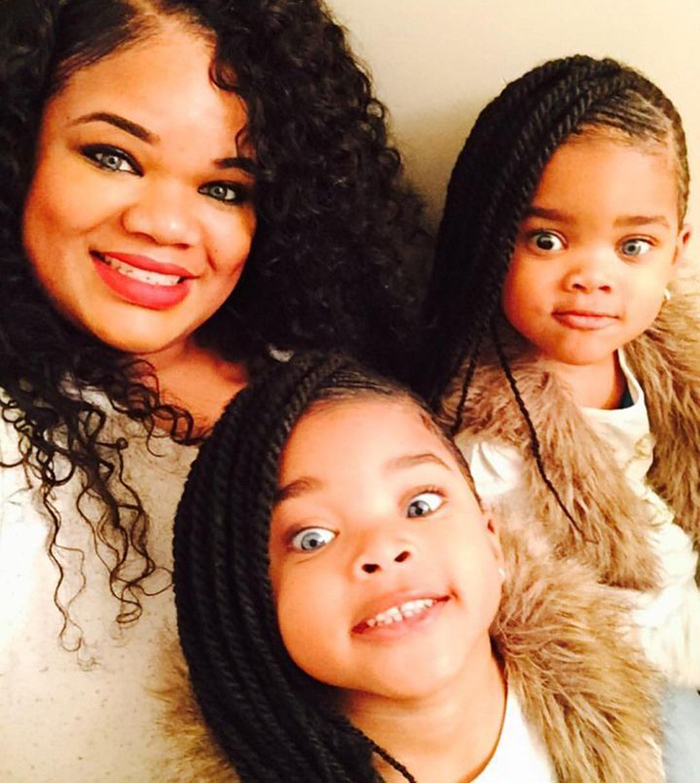 The adorable twins soon became popular globally, as it’s very rare to see African-American people with blue eyes unless they have Caucasian descent. 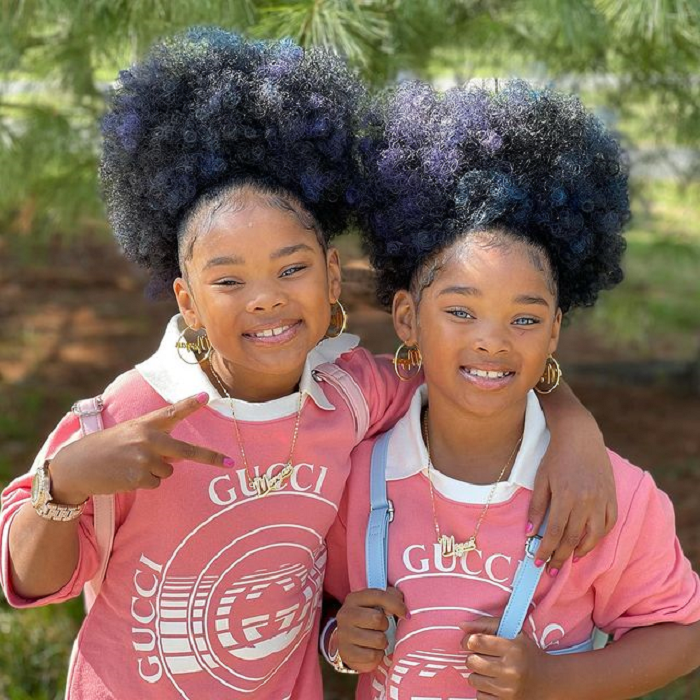 Most parents of twins at the beginning face hardships in telling them apart. But that is not the case for ‘TrueBlue twins’ parents. Their girls are not 100% identical since Morgan has heterochromia and Megan’s eyes are both blue. 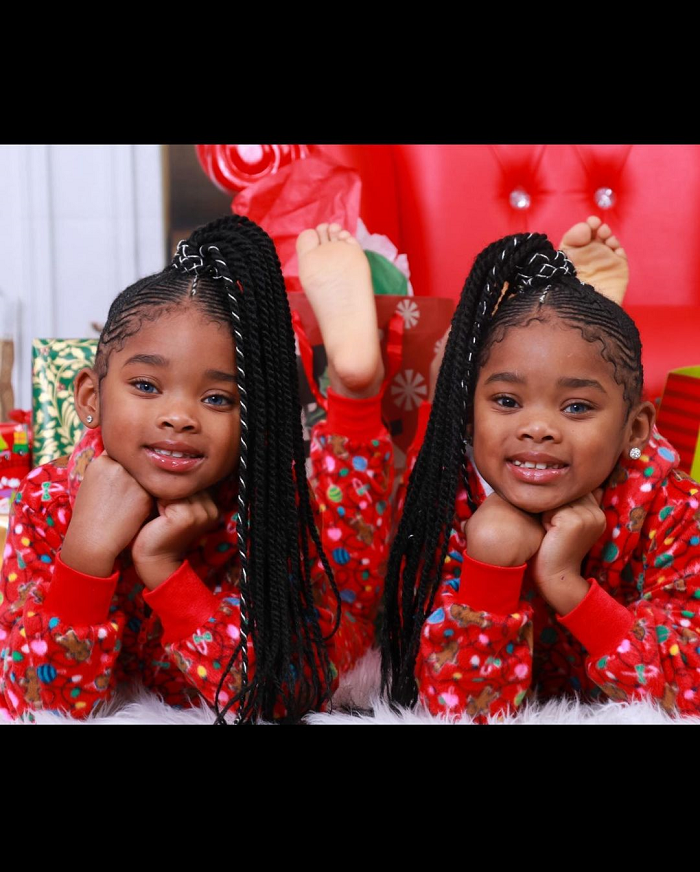 The reason behind Morgan’s different eye colors is an extremely rare condition called heterochromia iridium. Because of this rare condition, her eyes are of two different colors which look attractive. 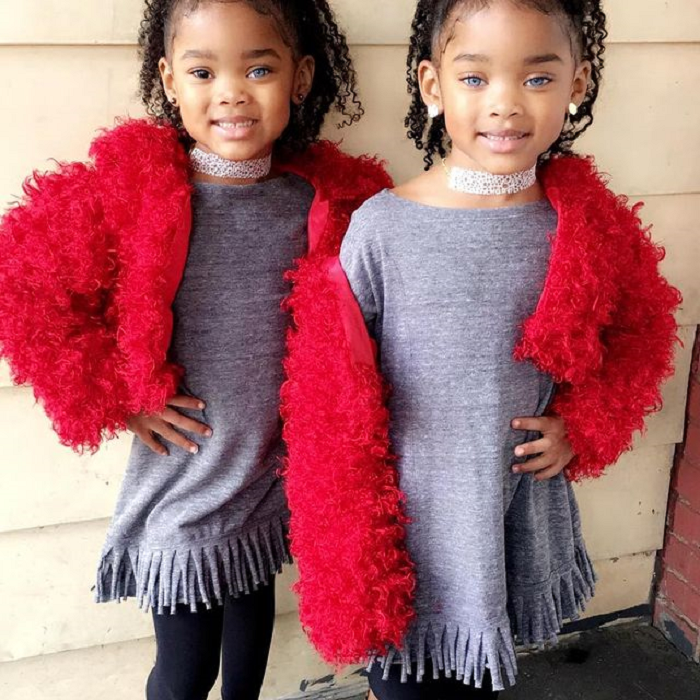 The parents of the twins always treated them like stars. Her mother from the very beginning kept posting their pictures on her social media. One day, musician and tattoo artist Deyonte Hunter shared pictures of twins on his page. That day, the girls got 2,000 likes and many of Hunter’s followers started to follow the twins’ social media accounts.

9. A Little Push To Fame 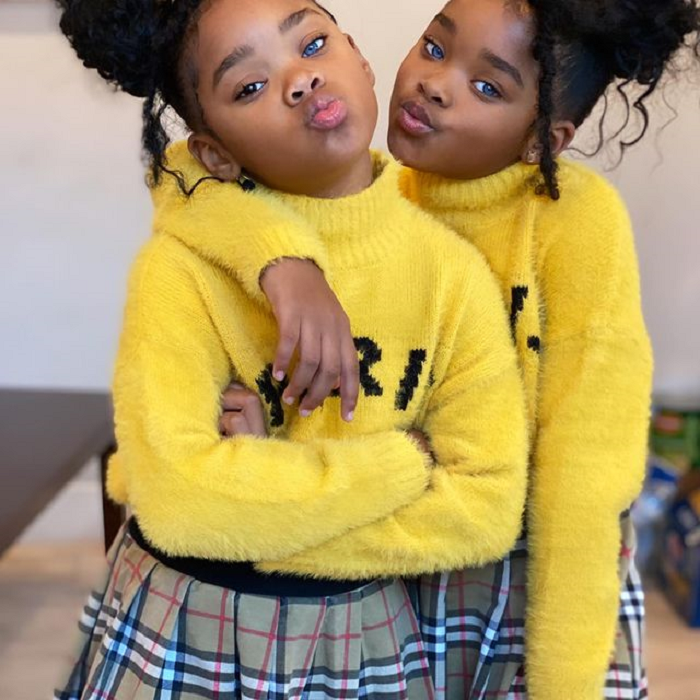 After Deyonte Hunter shared their photo, their dad took things to another stage. One Instagram user created a collage of their photos and the twins ‘ father shared the video online. It received more than 6.6 million views and gave them instantaneous world attention. 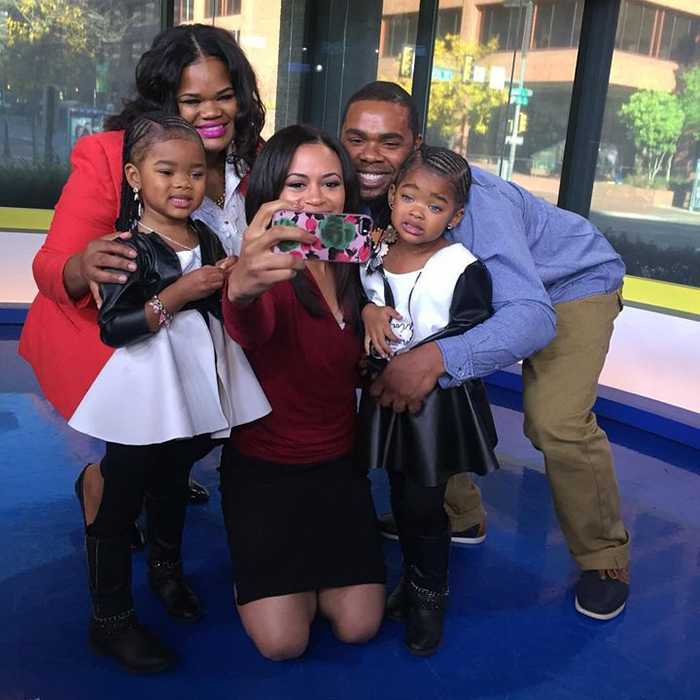 The Trueblue twins didn’t only catch the eyes of the general public, but also of the celebrities like Meagan Good and comedian D.L. Hughley, who were mesmerized by their elegant blue eyes as well. These two were among the stars who shared twins’ photos on their page to help them grow globally. 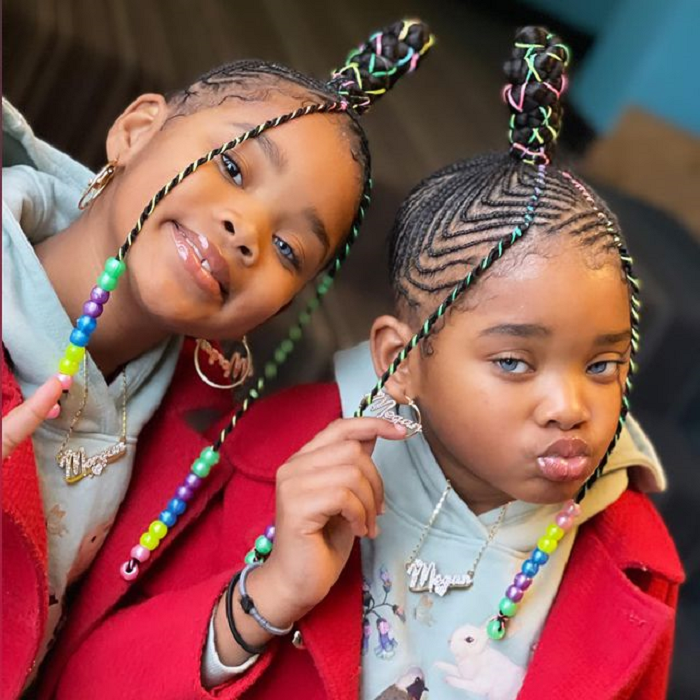 Lot of people commented on twins’ parents about how they can take advantage of fame and success. But their parent’s thoughts are distinctive. They believe that it’s important to stay grounded, humble. 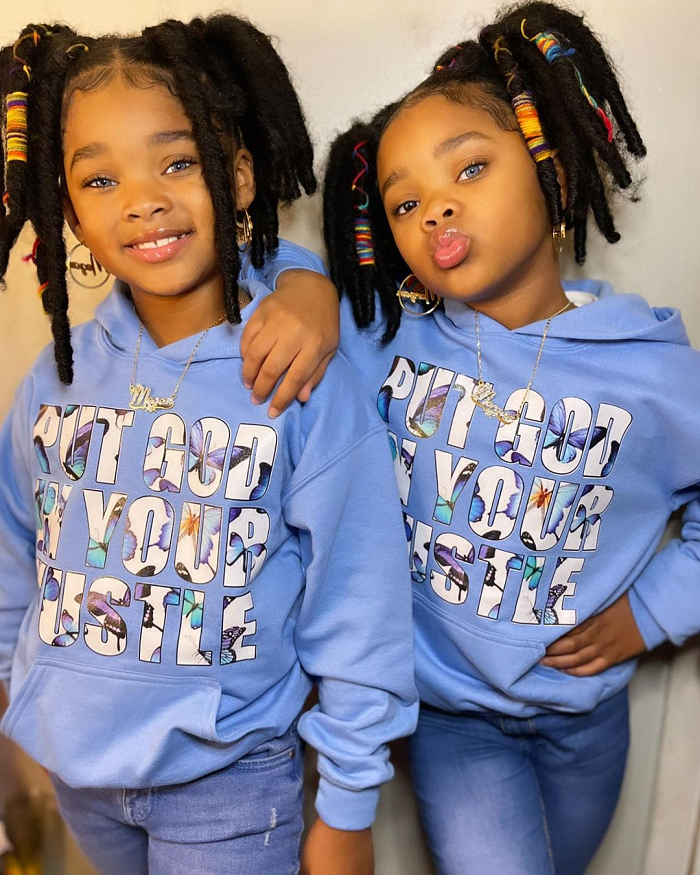 After the two gained spotlight, they received endless attention from their fans. However, there are times when Morgan doesn’t like taking photos with strangers, and her mother never forces her daughters. However, the twins are very friendly and approachable. 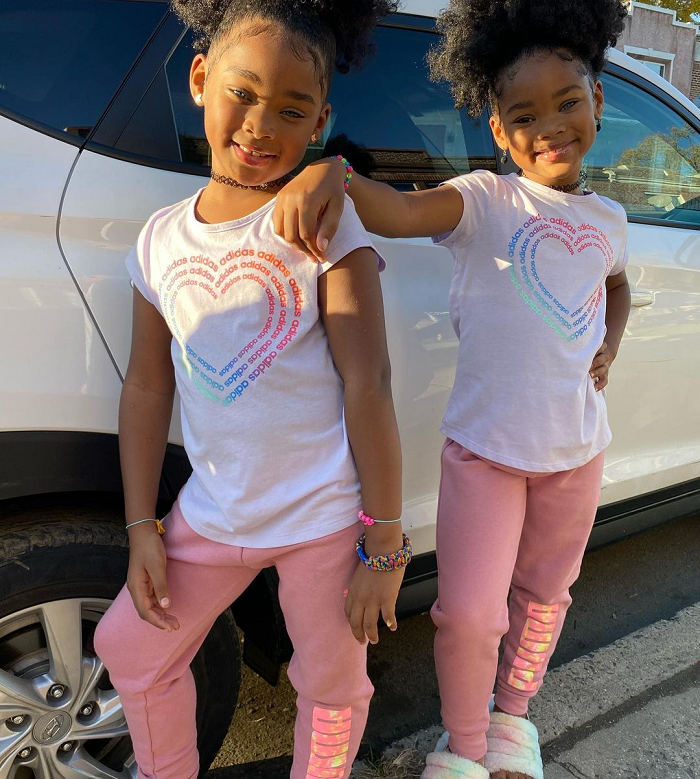 M&M’s social media are handled by their parents. As they are too young to understand fame and celebrity reputation. However, they still hold little understanding about social media. For example, when they showed off about their popularity to their teacher, they advise her to search them up on “NewTube.”