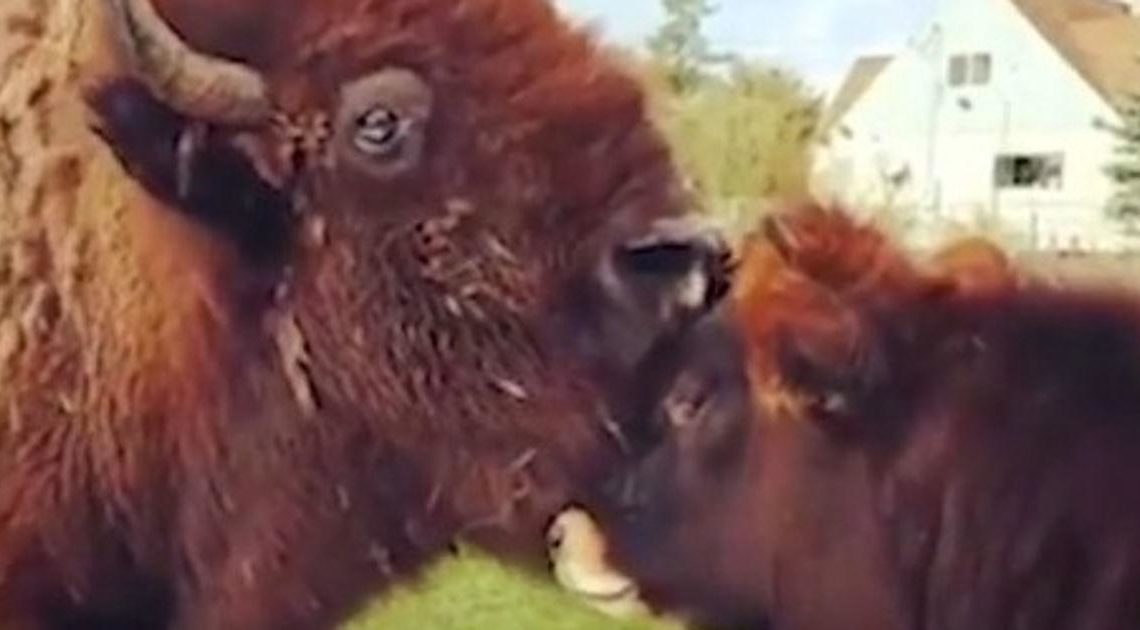 This is the story of Helen, an outcast bison who lived at an animal sanctuary, and how the kindness of one friend turned her entire life around. Helen had lived isolated at Lighthouse Farm Sanctuary in Oregon due to her blindness. But when a Jersey calf named Oliver came along, all of that changed. 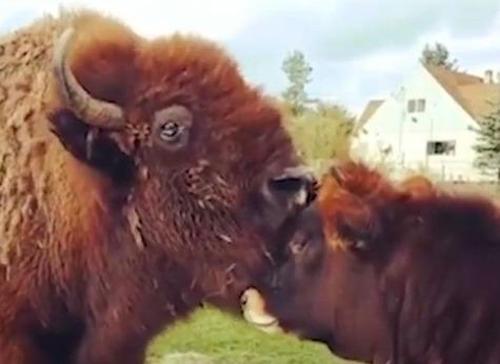 Oliver immediately took an interest in Helen, and let the Bison groom her. The two spend a lot of time together, cuddling and interacting. It is evident that the bison and calf have chosen each other as family, and one of the craziest parts is that Oliver’s coat has even begun to change and is resembling Helen’s.

Oliver’s mother lives at the sanctuary also, and Oliver still spends great quantities of time with her. Although Oliver is growing up, both his real mom and Helen tend to him and keep him safe.

The friendship between the two animals is touching because it was the start of a huge turn around for Helen. She is no longer isolated and lonely and has had a massive increase in confidence. What a great reminder that friendships can cross so many barriers, from ages to disabilities.

Oliver allowing Helen to be like a second mother to him, gave her a purpose, which increased her quality of life.

Helen and Oliver helped to bring a lot of publicity to the animal sanctuary, who has graciously responded to the demands for more pictures and videos of the duo cuddling and interacting. 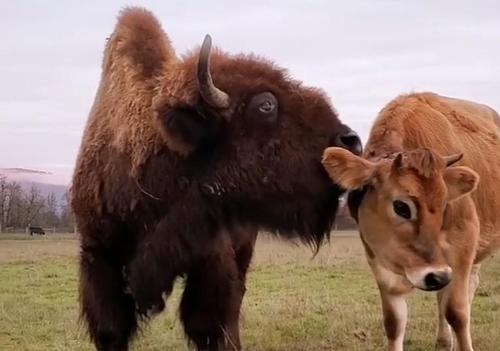 The images of the two continue to bring smiles to faces and offer encouragement to those who identify with Helen.

Photos of Helen pre-Oliver show her appearing lonely and sad. Her care was excellent, but she had not found a place of her own among the other animals. Oliver not only lifted her out of her depressed state but made her an internet sensation who has helped others feel better about life.

She was even featured on a t-shirt that was produced by the sanctuary in limited supply. The design quickly sold out, and we think it should be brought back!

What do you think about these unlikely friends? What lessons do you thin we should learn from our animal friends?

If you enjoyed this story, tag a friend who might also enjoy it. These animals and sanctuaries like this deserve the publicity, and we can all stand to remember to be kind.