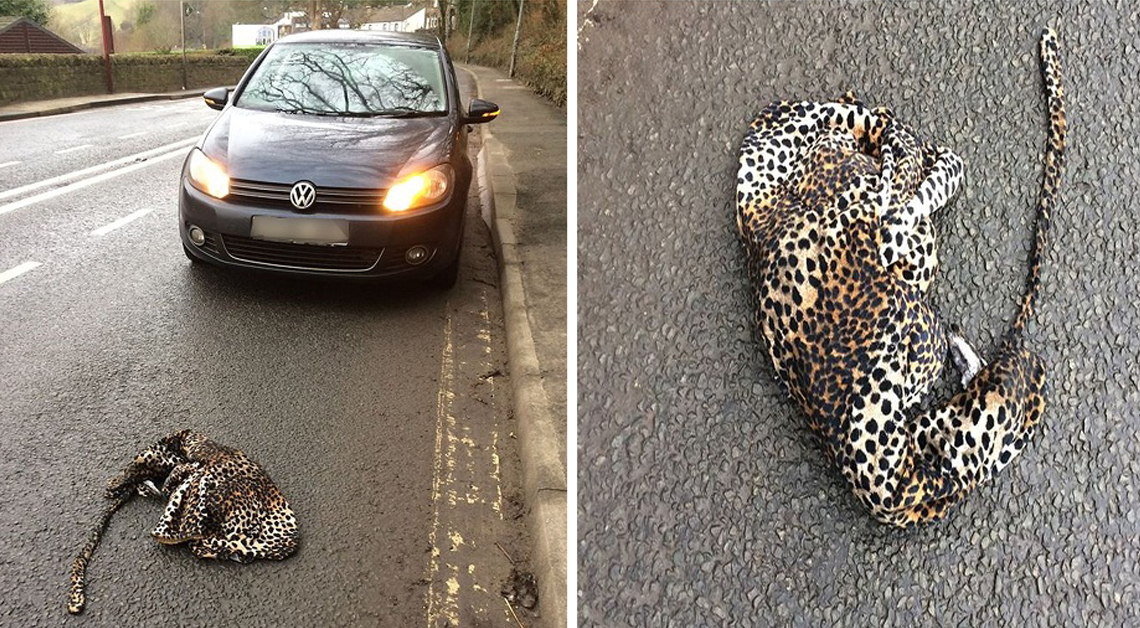 A 40-year-old man called Ben Lilly stopped his car after seeing a ‘leopard’, or at least what he thought it was, lying on the street with no sign of moving.

When the father of 2 saw the “injured animal”, he was driving near Hebden Bridge in West Yorkshire, so, he, without hesitating, stopped the car to help the animal. 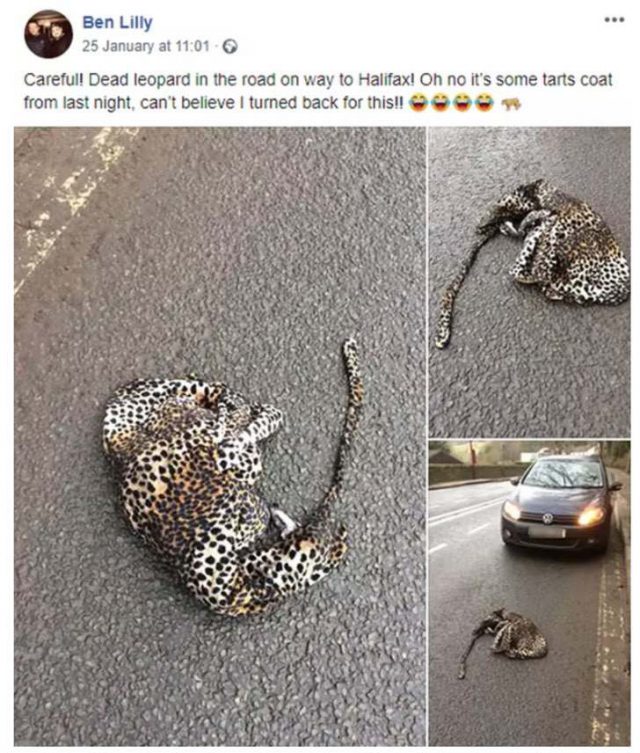 He said that when he saw the creature, he directly remembered that there were many reports speaking about a big cat wandering the streets. But the funny thing was that when he took a closer look, he found that it was just some sloppy’s fur jumpsuit! 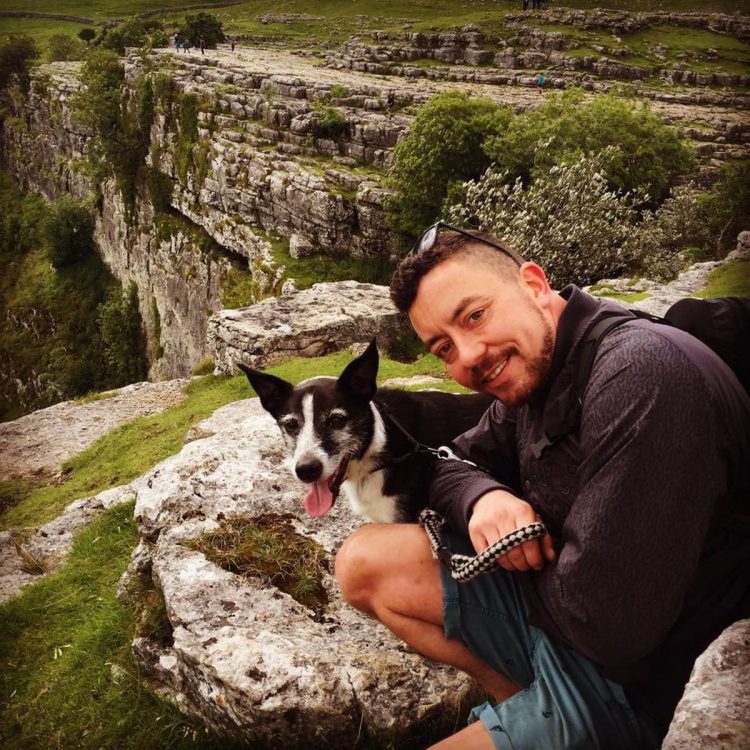 So, he laughed, took a photo of the jumpsuit, and shared it online! Actually, the post went viral and got more than 7,000 shares till now. How hilarious!