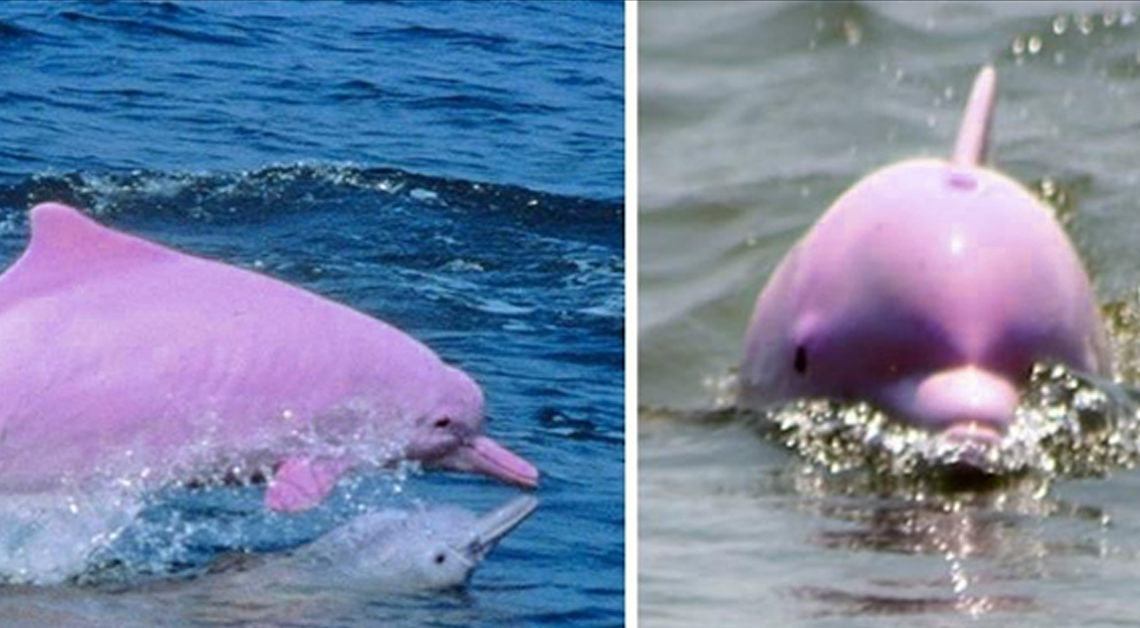 Have you ever seen a pink dolphin?! You think that it is just a myth! But, viewers in Louisiana were completely shocked after seeing Pinky, a legendary pink dolphin roaming the waters there before more than 10 years.

It is known that dolphins’ bellies are pink, but it is completely rare to see pink dolphin bodies! No one has been able to confirm the gender of Pinkie, but it is said that she was female due to her color. 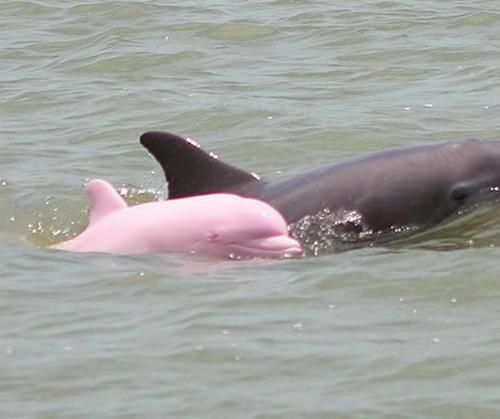 Captain Erik Rue, the captain of a charter boat, who took saw the dolphin, said that the dolphin is completely pink with red eyes and glossy skin. 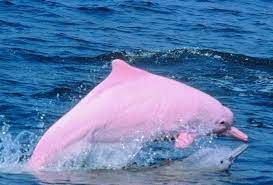 Furthermore, Bridget Boudreaux, a woman, claimed that she saw 2 pink dolphins swimming in the same channel in 2017.

Last year, a page on Facebook called Pinky The Dolphin posted a video of a pink mama and calf dolphins swimming after a ship! How adorable! Watch the video below. 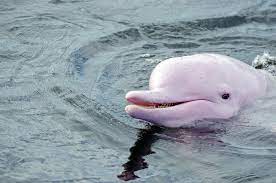